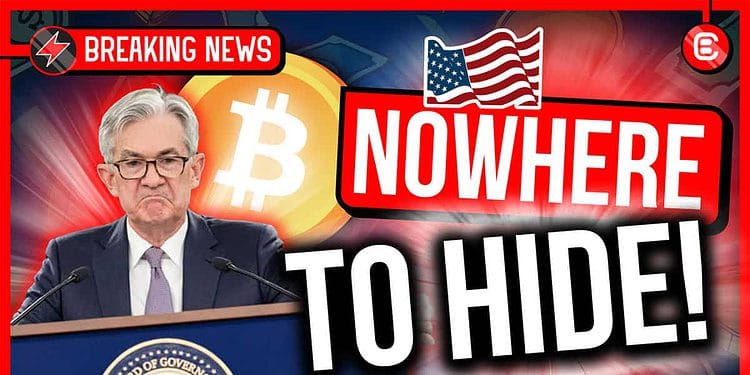 Know where to hide from inflation

While the Fed has to react to inflation, existing data shows us that we are nowhere near a bear market as S&P 500 nears an all-time high.

On the back of the shocking inflation rate announced late last week, Wednesday’s Federal Open Market Committee (FOMC) is expected to see the Fed take action to minimize inflation risks.

The 6.8% CPI inflation represents a 40 year high for the Fed, which now has nowhere to turn. It has to act.

Tapering is predicted to start in Q1 of 2022, and analysts expect a taper acceleration of $10B-20 billion/month with three rate hikes in 2022. The economy cannot support rate hikes any faster than that.

The Fed’s role is to maintain financial balance by keeping prices stable, and to incentivize employment. Chairman Jerome Powell was recently taught a lesson when he stated in a hearing that the economic basis from 40 years ago doesn’t necessarily apply in the current economy, and was given a lecture on how inflation works, for his troubles.

Both Powell and secretary of the Treasury Janet Yellen have admitted they under-estimated how rapidly the economy would rebound from the COVID-19 recession. Which means they’re in the spotlight this week to take action.

The Fed will respond during the FOMC meeting and announce its plans immediately afterwards. Tapering and rate hikes are expected, and will come as no surprise to the stock market. Why not?

As Luosheng Peng, the former CEO of InnoPath, noted, Powell has explained that tapering is needed to manage the market, and this has been priced into the stock market already. He further stated that the economy is strong despite the CPI numbers.

The Fed needs to keep unemployment low to prevent higher interest rates as inflation reaches its worst number in the past 42 years. Unemployment in the US dropped by 0.4% to 4.2% in November, showing signs of pre-pandemic recovery.

And remember that 40% of the USD currently in circulation was printed in the past two years. There is still a lot of purchasing power; the Fed should focus on incentivizing consumption to generate more taxes and prevent higher interest rates in the future.

Inflation, tapering, and every action the Fed is about to take has already been priced into the market. During the Crypto Banter show, we highlighted that the Fed is bound to slow down the market to address the inflation issue.

The S&P 500 is near its all-time high, but a shock following the FOMC outcome is not out of the question. There is still a lot of money in the economy, however, and with the tapering underway, the market’s rapid growth will slow down briefly without impacting the bullish macro trend.

What to do? Business will continue as usual. Investors should plan for a scenario where there is an aftershock before prices resume their upward trend. In that case, the best way to go about it is to invest only when there is confirmation that the shakeout has come to an end.