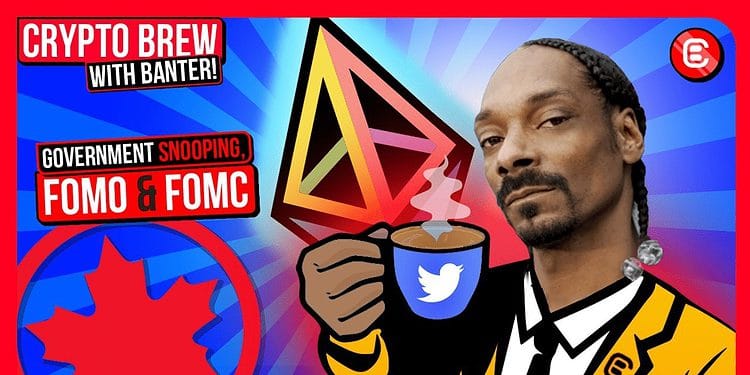 The FOMC minutes included an unexpected surprise, President Nayib Bukele reminds US senators to stay out of El Salvador's business and Trudeau's advertisement for crypto may be working better than expected!

The FOMC minutes included an unexpected surprise, President Nayib Bukele reminds US senators to stay out of El Salvador’s business and Trudeau’s advertisement for crypto may be working better than expected!

All this and much more!

Newton’s third law of motion states that for every action there’s an equal and opposite reaction.

And there’s an interesting reaction brewing in Canada amidst the “Emergency Act” which allows government agencies access to citizens’ financial services.

“#bankruncanda” erupted as one of the trending searches on Twitter today, and it appears that there may be some truth behind the hashtag. Apparently, several banks have been reported to be offline, and “bank run” on Google Trends in Canada has shot up to the highest possible number of 100 in the previous 24 hours. It’s unconfirmed if an actual bank run is playing out, but we investors know the power of a juicy narrative.

A few surprises in the FOMC minutes

The FOMC minutes released today noted the market’s expected interest rate hikes and a reduction in balance sheets to begin in March. Unexpectedly, the policymakers mentioned the “emerging risks to financial stability from the rapid growth of crypto assets and decentralized finance platforms” but they failed to point towards taking any actions.

Bitcoin (BTC) remained flat in anticipation of the FOMC minutes. However, BTC pumped after the report’s release, tested the 44k resistance, and finished the day at 43.8k, down 0.50%.

A few days ago, the Canadian government decided to release the very best advertisement for crypto, and the ad might just be working better than expected. Who would have thought that citizens in a democratic state take their freedoms seriously? So, if banks aren’t safe to hold Canadian’s wealth, what’s a good alternative? Hhmmmmmm.