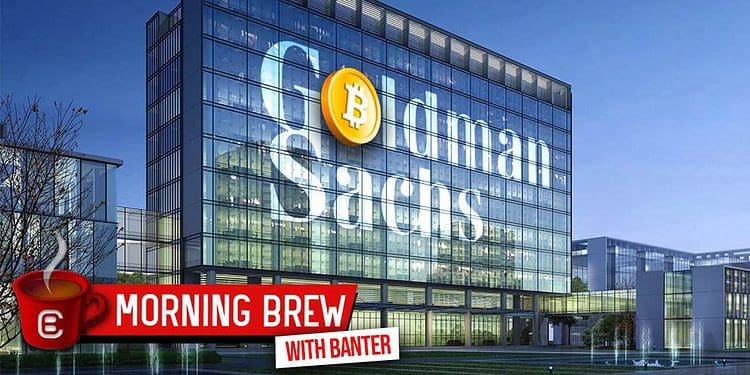 Goldman Sachs, Exxon Mobil, BlackRock (and even the Kremlin) have all made significant announcements concerning digital assets. Polkadot parachains are ram

Goldman Sachs, Exxon Mobil, BlackRock (and even the Kremlin) have all made significant announcements concerning digital assets. Polkadot parachains are ramping up, and the markets are loving the Luna Foundation Guard’s (LFG) bitcoin accumulation.

Where does the market price bitcoin in 60 days?

Here at Banter, we aim to provide you with all the tools you need for success.

One of the most significant bitcoin options expirations of the year settles today. And with that in mind, we thought we’d use options data to look at the mathematical probabilities for the bitcoin price in the next three months, just like the quants do on Wall Street.

The entire options trading game is probability-based, similar to playing poker. Quants use a number of indicators to punch out probabilities and then place bets using options.

The analysis for the first fiscal quarter was dead on.

The price range extracted from options data helps with a few aspects. First, it aids in tempering expectations and it keeps emotions in check. It additionally counter-balances some of the sentiment that we absorb from social media hype, and provides an idea of what the market is pricing in.

The data extracted from options is math-based and derived from the Black Scholes Model, which finance utilizes to price options. The model requires five input variables: volatility, current asset price, time until expiration, and the option contract price to extract future price probabilities of assets.

Using the June 23, 2022 options data, the options market is predicting:

According to the market, the bitcoin price has a high probability of ending the quarter between 40k and 55k on June 23, but the chart additionally notes many traders carry high upside speculation and a minor downside of 25k.

Predictions look healthy for the next quarter, and it appears some bulls have come out to place their high-side bets!

A clear contender for ‘chart of the day’ is the recent spike in the ‘Estimated Leverage ratio’, which is reaching an all time high.

As we know all too well, this tends to be a leading volatility indicator.

The question is, are the stars aligning for a beautiful short squeeze, or a major dump? Either way, history tells us no leverage goes unpunished. 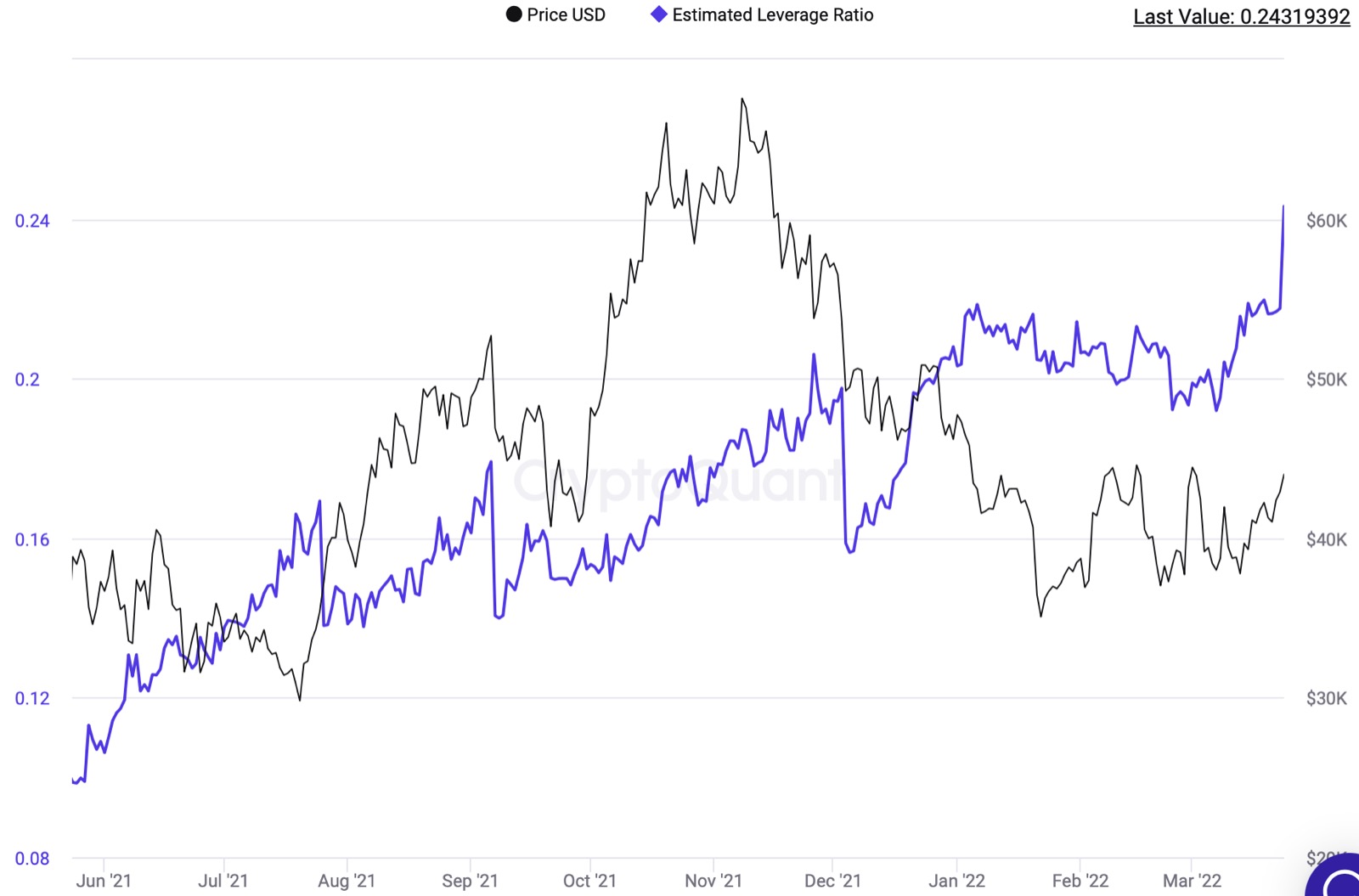 Bitcoin (BTC) continues to ride the wave of Terra’s LFG fund’s US$125 million purchases. The fund will continue to accumulate US$3 billion worth of BTC over the next three months as a backstop for the UST peg. BTC finished the US session at US$43,900, near its weekly high. The question remains if the LFG can push BTC beyond a pesky US$45,000 resistance.

The big boys are coming out to play!

BlackRock manages nearly US$4 trillion, and a lot of the funds are in baby boomer control, a cohort of individuals who took very little interest in digital assets in the past. The move will open the doors to legitimizing the cryptocurrency industry in their eyes.

Meanwhile, an oil company will use bitcoin mining to clean up its act = good PR.

While Russia aims to use bitcoin to trade internationally = bad PR.

So, where is all this going? We, the early adopters, have a good idea.

Thanks for reading the Morning Brew, enjoy your weekend!