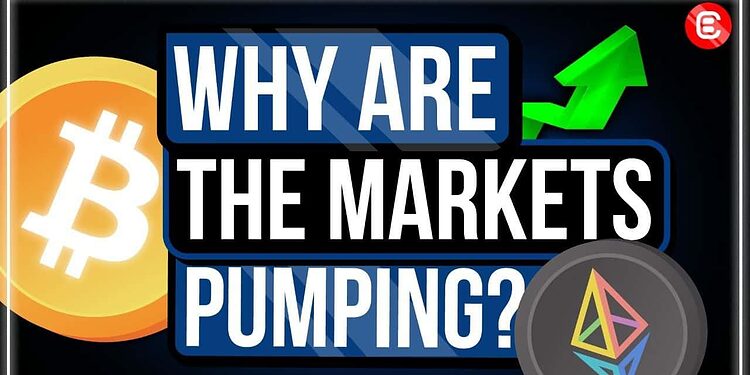 Markets are green- but do we trust the pump?!?

Investors hold their collective breath to see if it will test the elusive, crucial $45k resistance. Why have crypto markets bounced?

Bitcoin is (at the time of writing) up 11% since yesterday.

Investors hold their collective breath to see if it will test the elusive, crucial $45k resistance. Why have crypto markets bounced? And does it bode well for the future?

The US Treasury statement that was removed soon after it was published yesterday (and has since been made public again this morning) gave us a good indication of US President Joe Biden’s executive order.

The leak (some say mistake) boosted overnight optimism and immediately kicked off a Bitcoin rally.

The US government had remained pretty cagey about the upcoming Executive Order (due to be signed later today, according to the White House). Many were fearing the worst.

However, the leak suggested that Biden wants to focus on developing the domestic industry rather than stifling it.

The key points from the executive order are:

After five days of downward pressure on the stock market, there’s been some relief.

The stock market rebounded shortly after midday Tuesday, as the Nasdaq composite and Dow Jones Industrial Average jumped more than 1%.

Despite ending the day down, they have made a higher-low (the lower-low having been in February) and with the futures up 1%, Bitcoin has led the charge with a rebound.

Russia’s invasion of Ukraine has dashed the Federal Reserve’s chances of curtailing inflation.

With the cost of gas and food ready to march higher, a 10% inflation figure seems just around the corner. (Let’s hope tomorrow’s Consumer Price Index announcement is kind to us all.)

Investment banks say crude prices could approach $200 a barrel this year thanks to the banning of Russian exports, with potentially disastrous consequences for global inflation.

With its limited supply of 21 million coins, and the number of coins mined halving every four years, Bitcoin is very much seen as an inflation hedge, because its creation tapers over time.

Therefore a high inflation rate may encourage individual investors to move to crypto as their fiat currencies lose value in their savings accounts over time.

On top of that, high inflation (and an impotent Fed) could see assets repricing.

Stagflation last occurred in the United States in the 1970s, the result of rising unemployment, slow economic growth, and an oil crisis. But stagflation (when a country experiences both high inflation and low economic output at the same time) needs a supply shock to fan the flames. Like a war, maybe?.

As published by the Fed, one of the ways to combat stagflation is to inject liquidity into markets and lower interest rates.

But, as Tracy pointed out, this is not the route the Fed will likely take.

So, the risk of stagflation is a very real one, and could make life very uncomfortable for the foreseeable future.

This will likely increase the demand for scarce resources. Seeing gold break the $2,000 per troy ounce barrier this week has heightened expectations that Bitcoin could be the next safe haven, risk-off asset.

The economic outlook is bleak, but it may yet prove bullish for Bitcoin – and crypto as a whole. On top of that, it appears Biden’s Executive Order isn’t as punitive as many had feared.

So what to do?

Picking the bottom is not our game, and now could be the time to dollar cost average (DCA) into your positions.

Combined with inflation and stagflation, this could provide the herbs and spices needed to kick off a parabolic bull run.