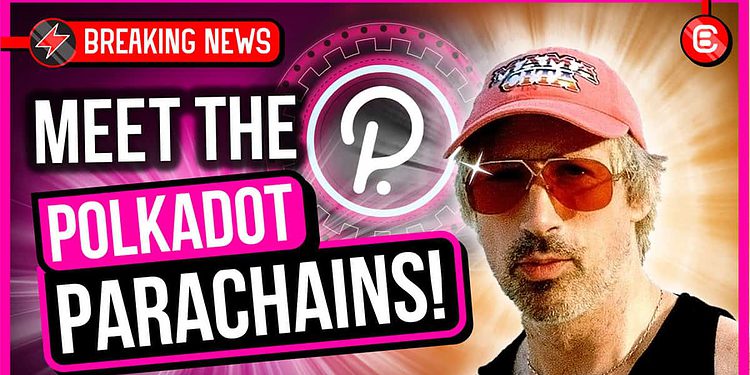 Polkadot launched 5 parachains today! Find out everything you need to know about Moonbeam, Acala, Astar, Parallel Finance and Clover Finance in this article.

Five new parachains were launched today. Who are they? And what do they do? After a four-year wait, they’re here! Polkadot is a proof of stake blockchain built by Gavin Wood. One of the co-founders of Ethereum, Wood coded its alpha release, wrote the “Ethereum Yellow Paper” – in which the Ethereum Virtual Machine (EVM) was specified – and invented the Solidity language. He is the driving force behind Polkadot, and the reason so many people are excited about it.

So how does Polkadot work?

Polkadot implements a dual chain system. The Relay Chain provides the network’s shared security, transaction validation, and multi-chain interoperability. Its functionality is minimal but essential, as it coordinates the whole system.

Parachains are modular blockchains that enable developers to create customizable networks. Each parachain connects to the main network to validate transactions and operates as an independent Layer-1 with its own tokenomics, governance, and functionality.

Five projects have completed the parachain candle auction procedure and will connect to the Relay Chain in the coming week. All of them successfully launched first on Kusama. It’s time to meet them!

Acala is a DeFi hub that won the first Polkadot parachain auction slot. With cross-chain capabilities and EVM compatibility, Acala aims to solve the lack of interoperability in the blockchain space. Acala is launching a synthetic stable coin that will be backed by DOT; crowd loan participants will be able to unlock liquidity early because of the liquid staking mechanism.

Moonbeam is a smart contract platform developed on Polkadot that can be interlinked with Ethereum native applications. Moonbeam is EVM compatible, which helps Ethereum developers extend their project functionality and enables a more interoperable network. In short, Moonbeam creates a framework for blockchain interoperability where Ethereum native projects can interact with a broader network.

Astar is a Layer-1 cross-chain dApps enhancer. It is compatible with Layer-2 rollups, EVM and WebAssembly, and aims to become a portal to connect multiple Layer-1 agnostic networks to Polkadot.

What is Parallel Finance?

Parallel Finance is a novel DeFi protocol. It offers financial products on Polkadot that benefit from the network’s cross-chain capabilities, and primarily focuses on unique offerings such as leverage staking and auction lending.

What is Clover Finance?

Clover Finance is the fifth and final winner of the parachain auction. The protocol is a DeFi application developed on Polkadot and is EVM compatible. Through EVM, Clover Finance hopes to become the DeFi connector between Polkadot and Ethereum, offering DeFi participants easier network access through a gasless layer. Clover enables cross-chain wallet implementations to improve access to DeFi applications and increase adoption.

Gavin Wood alone is a good reason to keep an eye on Polkadot and its parachains. Wood is on a mission to fix the flaws inherent in Ethereum’s structure. Polkadot does that by allowing for massive scaling and interoperability without compromising security.

At Crypto Banter, we are excited about the world-class development teams working on Polkadot, and with the first batch of auctions raising nearly 1 billion in DOT, investors are clearly excited too.

As the projects mature, look out for how the narratives around parachains evolve. Parachains can bring the Web 3.0 narrative to fruition faster, and their progress will determine if they will be adopted as a new standard. There will be a new parachain auction starting 24 December. So that’s a tell already.