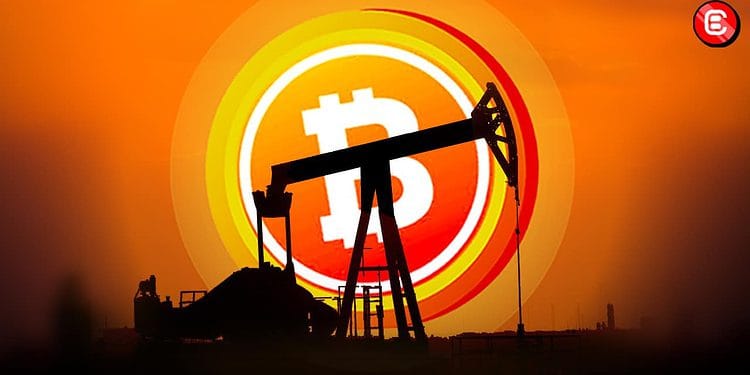 One by one, the Bitcoin dominoes are falling

Ukraine generated tens of millions in crypto donations to fund their resistance within days of the invasion. And Russian oligarchs piled money into crypto so as to avoid their assets being frozen or seized.

The Russia/Ukraine conflict has encouraged crypto adoption on both sides of the border.

Ukraine generated tens of millions in crypto donations to fund their resistance within days of the invasion. And Russian oligarchs piled money into crypto so as to avoid their assets being frozen or seized.

From the very start of the war, crypto has been a political talking point. Critics have argued against it, while proponents see it as proving its inherent value.

And things are about to get even more interesting, after global pariah Russia announced its intentions to begin selling oil in BTC to so-called “unfriendly nations”.

Given the almost universal condemnation of Russia’s invasion of Ukraine, “friendly” nations are few and far between.

Dress it up however you want, there are no two ways to spin it:

It had been speculated that this could happen, but now we’ve heard it from the horse’s mouth. The Chairman of Russia’s Congressional Committee on Energy, Pavel Zavalny, who explained the situation as it stands:

“When it comes to our ‘friendly’ countries, like China or Turkey, which don’t pressure us, then we have been offering them for a while to switch payments to national currencies, like rubles and yuan. With Turkey, it can be lira and rubles. So there can be a variety of currencies, and that’s a standard practice. If they want bitcoin, we will trade in bitcoin.”

What seems almost like a throwaway line, an afterthought, speaks to something with vast implications.

Christine Lagarde, President of the European Central Bank, recently suggested that Russia was attempting to bypass sanctions via the use of crypto.

Much as the crypto community would like to deny it, few could deny that the huge spike in whale-sized wallets, days after sanctions were announced, was not attributed to oligarchs seeking to secure their wealth.

How will the West react?

Will the US try and ban Bitcoin?

Not only is that impossible, it also would be political suicide: According to Grayscale’s Third Annual Bitcoin Investor Study around one in four US households currently holds bitcoin.

So, if they did, they’d have a backlash from voters.

Will they use Russia as a pretext to expedite regulation without due process? Probably. Which isn’t a great prospect for the crypto community in light of the upcoming Executive Order.

But here’s the bullish scenario:

This sets an unbelievable precedent.

The crypto community understands the value of a decentralized monetary network with no political or national ties.

Nation states may also begin waking up to the same conclusion. And Russia’s announcement could inspire them to start allocating a portion of their reserves into bitcoin. Just in case. And especially while the price is low.

As Anthony Pompliano puts it:

Mass adoption of any technology doesn’t happen overnight. However, key inflection points can catalyze the process. Right now, the rapidly changing geopolitical landscape and macroeconomic outlook could propel nation states to begin hedging their bets (if they’re not already doing so).

Speaking of mass adoption on a global scale, ExxonMobil, the largest US oil producer, is stepping into the mining arena with a North Dakota-based pilot program which aims to harness excess natural gas, and flares let off into the atmosphere, to mine the Bitcoin network.

This is just today’s big institutional adoption story. And it’s a pretty significant one at that – not just because of the oil/bitcoin connection Exonn now represents. Instead, it’s just the latest development of an ongoing story: As the inevitability of Bitcoin continues to play out, the race will attract a massive inflow of new participants, from nation states to multinational corporations, desperate to buy the underlying asset, or own some of the hashpower.

So far, this is set to be the year in which crypto adoption begins to snowball, proving what proponents have said all along, that Bitcoin is inevitable. Superior technology always is. Bitcoin remains the safest, most secure payment network in the world, and BTC the hardest digital asset there is, with the greatest network effect. It seems highly unlikely that each of these developments will be “undone” either. The chances are high that Russia won’t stop selling oil in BTC, and they’re even higher that others will follow suit.