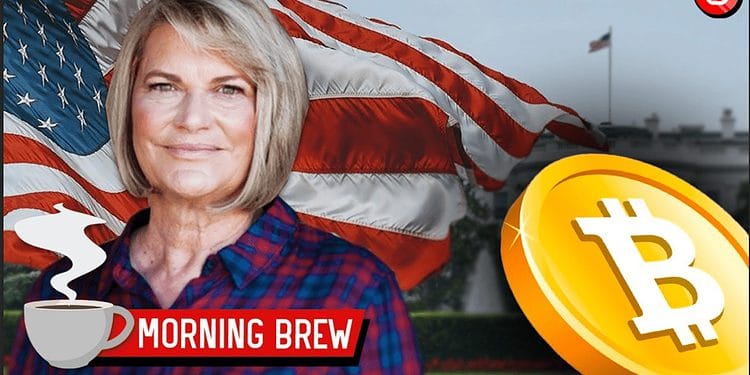 One senator’s bill could be the most important piece of U.S crypto legislation ever

Bitcoin evangelist, Senator Lummis, reveals grand plans. Binance plants seeds in the Middle East. And how will another China lockdown affect the markets?

Bitcoin evangelist, Senator Lummis, reveals grand plans. Binance plants seeds in the Middle East. And how will another China lockdown affect the markets?

All that, and more:

Senator for Wyoming, Cynthia Lummis, has been in the process of drafting a bill titled “The Responsible Financial Innovation Act” for close to a year. Her staffer, Tyler Lindholm, recently did an interview with Decrypt, where he noted some essential keystones of the bill. The bill would overhaul the current taxing of capital gains in crypto-assets related to mining, staking, and spending.

A significant hurdle for spending crypto in the US is the capital gains tax. Senator Lummis aims to eliminate the tax on any crypto transfer of less than $600, an amount she believes can pass a senate vote. The change would make crypto assets a viable alternative to fiat when purchasing everyday goods or services.

She also looks to eliminate a tax for miners and stakers who aid in securing networks. Lastly, the bill aspires to permit the exiting of retirement funds, such as 401k, and the entering into crypto positions without penalty.

If the bill passes government legislation, it could have enormous ramifications for crypto-assets in the US. It would help the industry become part of a broader financial service, moving crypto from an asset class to an expansive range of uses. Keep an eye out for further information about the bill in the coming months.

Bitcoin (BTC) extended yesterday’s recovery and climbed another 2.5% after the US stock market closed. Bitcoin closed the daily candle with a 5.01% gain up to 39.6k.

Ether over bitcoin (ETH/BTC) appears to be coming to an inflection point in time for a week full of news. ETH/BTC is widely considered a bull gauge proxy in crypto markets. Depending on the outcome, significant events this week will decide if ETH/BTC breaks to the upside or down. The previous three times ETH/BTC broke to the upside, it did so aggressively, marking a period of strong positive sentiment in the crypto markets.

36.6k bitcoins (BTC) were moved off exchanges on Friday, March 11th, 2022. This marks the third-largest outflow of bitcoin from exchanges since October 2019, according to CryptoQuant. Traders typically move bitcoin off exchanges when they plan to hodl them for extended periods. The indicator also has been an early indication of strong runs in the past.

This is an enormous week for crypto. The FOMC meeting tomorrow will be huge, but so far, so good for our favorite asset class. Senator Lummis drives crypto adoption in the US, and the EU correctly quashed a negative proposal on proof-of-work. So stay tuned for the next episode; it’s going to be a dicey week.

Thanks for reading the Crypto Brew!