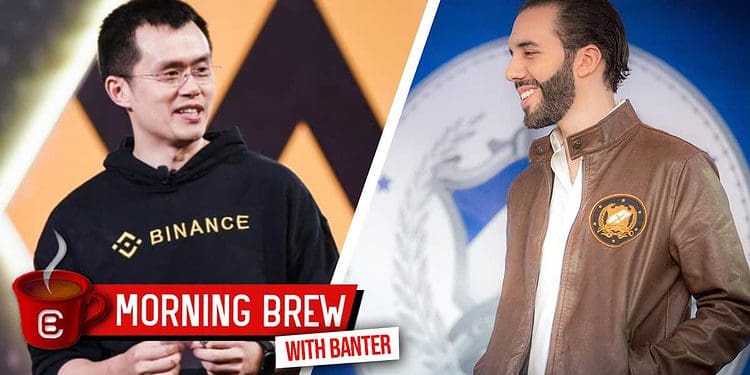 One thing’s for sure: The IMF is terrified

El Salvador calls upon a familiar face for some advice, excitement around Ethereum gathers momentum, and check out the front page of the fourth largest bank in the US, Goldman Sachs!

El Salvador calls upon a familiar face for some advice, excitement around Ethereum gathers momentum, and check out the front page of the fourth largest bank in the US, Goldman Sachs!

There has been a lot of talk about El Salvador’s upcoming volcano bond, but let’s be honest: very few people actually understand how it’ll work.

So, here’s a quick overview.

Funds will go towards:

To the dismay of the international monetary fund (IMF), El Salvador looks to go through with the bold project which, if successful, could hold significant implications for the IMF and the current system of initiating sovereign bonds.

So, who’s ready to buy a bond?

Bitcoin (BTC) climbed 1.22% to end the US trading session at US$42,800 as it battles the tug of a US$41,000 Max Pain on Friday’s end of quarter derivatives expiration. BTC continues to inch towards a critical US$45,000 resistance.

Stablecoin dominance, represented by the ticker USDT.D, broke a 130-day uptrend this week and continues to slide downwards, suggesting that traders are net-net entering positions in bitcoin or altcoins.

El Salvador is taking a bold step (and risk) by selling bitcoin bonds. Nayib Bukele is taking a huge personal and political gamble which, if it pays off, will have vast implications for global finance and international politics.

To end with a quote, “Paradise” author Judith McNaught wrote: “You can’t outwit fate by standing on the sidelines placing little sidebets about the outcome of life. Either you wade in and risk everything you have to play the game, or you don’t play at all. and if you don’t play, you can’t win.”