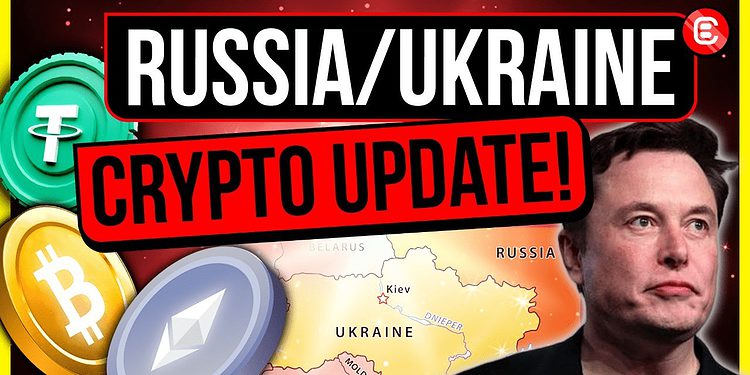 It has been over a week since Russia’s invasion of Ukraine began. The situation is showing no signs of improving. And unfortunately, in times of war, it’s always the innocent that pay. This is proving to be no exception.

It has been over a week since Russia’s invasion of Ukraine began. The situation is showing no signs of improving. And unfortunately, in times of war, it’s always the innocent that pay. This is proving to be no exception.

This is the third part of our Russia/Ukraine update series, where we look at key events that are affecting the markets.

The citizens of Ukraine remain in a state of perpetual fear. Over a million refugees have left so far, with many attempting to do the same, whilst others remain in place, seeking shelter in underground bunkers.

It was hoped a recent ceasefire would allow citizens safe passage along certain corridors that would allow Ukrainians to exit the conflict zone safely.

The corridors agreed on were for the cities of Kyiv, Kharkiv, Sumy and Mariupol. Unfortunately, Russia’s military has already violated the ceasefire agreement twice. Now, talks are ongoing around the possibility of a third ceasefire attempt.

Whilst Russia’s military violates laws in Ukraine, over 4,300 Russians have been arrested for their participation in anti-war protests.

Meanwhile, sanctions seem to be taking effect, but not necessarily as intended.

After speculation that they would, Visa, Mastercard and American Express have joined global sanctions efforts by limiting how cards issued by Russian banks will function. Essentially, any cards issued in Russia will still work within Russia, but not abroad. However, any of the cards issued outside of Russia will not work within Russia. Russia’s major banks have downplayed this move, but it will clearly cause substantial disruption, although not necessarily to the leadership itself.

In the midst of all this, there have been reports that Russia’s Sberbank could be issuing Mir cards, via China’s Union Pay, to circumvent the sanctions.

Russia may be about to disconnect from the wider global internet, limiting access to servers outside of Russia. This would essentially mean Russian citizens would still have internet access, but all traffic would be coming from within the country.

There’s still a bit of speculation around this.

What we do know is that Elon Musk’s Starlink – his satellite internet provider – sent equipment to Ukraine to help the resistance’s access to the web in case the Russian military seized control of local providers.

In this tweet of hers, Jennifer Griffin, is calling for Elon Musk to do the same for Russia in a bid to undermine Putin’s propaganda campaign.

The effect this is all having on the Russian economy, at a glance, looks devastating. The Russian ruble has hit another all-time low, dropping another 14% to reach an exchange rate of 137 rubles to the dollar.

That makes one ruble worth less than a cent.

The significance of the conflict on global markets can’t be overstated. Europe has found itself caught between a rock and a hard place: Determined to impose strict sanctions, but also utterly dependent on Russian exports.

The internet is awash with information, misinformation, and everything in between. In some places, only misinformation prevails! You can see the case for a decentralized web, can’t you? In the meantime, the crypto market remains clearly “coupled” with global events. However, all things considered, the fact that BTC is trading above $38k is a sign of its resilience.