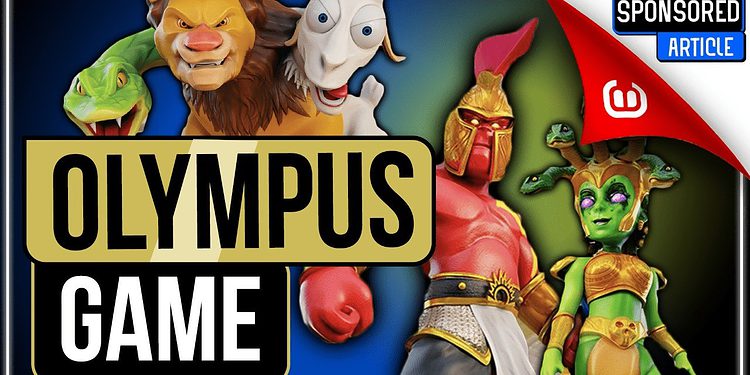 Scaling the mountain of play-to-earn dominance

Unless you’ve been under a rock for the last few years - and hey, whatever floats your boat - you’ll know all about GameFi. GameFi, or Play2Earn as it is also known, is the latest blockchain revolution.

Unless you’ve been under a rock for the last few years – and hey, whatever floats your boat – you’ll know all about GameFi. GameFi, or Play2Earn as it is also known, is the latest blockchain revolution.

Remember when we would camp outside Game, credit card in hand, to get our mitts on the latest ‘triple A title’, steel book edition? Sure, we’d get 50% more starting cash, and a semi-custom skin/supercar/mythic-rail-gun/teabag-emote, but sure as hellfire missiles we’d have to drop another $100 on in-game credits a week later.

Those days are long gone… nowadays games pay you to play them and leading that charge is tower-defender-royale-with-cheese, Olympus Game.

“We looked at the Play2Earn market and then we wept. Well, we might have gotten drunk first… it was a dark night. But when the hangover cleared, we knew what we had to do. The solution to the GameFi was surprisingly easy – all we needed to do was make a Play2Earn title which was… how to put it… erm… not lame. So, we got our heads together, there may have been more beers, and before you could say ‘Zeus’ Hammer’, we cracked it. We’d make a kick-ass, fort defender brimming with slick game play, a realistic playing curve, and an almighty god theme. The result is Olympus Game,” explains Matthieu Feuillé, Olympus Game Founder.

The Olympus team plans to raise the funds to finalize the game itself by running their own token ICO. Obviously, the tokens up for grabs will have real in-game benefits and will be required to purchase one of the starter decks. In addition, the game’s economy will run on the Olympus coin and a tax from each transaction will go into the overall prize pool. As players play and progress by climbing the steps of Mount Olympus, they’ll be rewarded with treasure chests as they rise.

Unlike other Play2Earn titles, Olympus Game promises a true free2play version too. This “just-for-kicks” iteration will give new players a chance to learn to play and develop their own strategies before opting to buy in. Olympus Game promises to be all action with dynamic PvP card-driven mechanics. As players climb the ladder, their opponents and matches will get tougher. Only the best players are destined to reach the summit of Mount Olympus and take their place among the gods.

Player rewards come in the shape of treasure chests which drop after every sixth win. The chests are time-locked, but impatient players can spend their Olympus tokens to speed the process. Rewards vary in rarity and power, and might contain new cards, characters, upgrades, and other in-game power-ups.

The game itself is still in development, but the team has published their first white paper and roadmap, and the project is continuing at pace.

To find out more about Olympus Game, or the team behind it, check out their Twitter.

2022 will give rise to new games, trends and token economies. While we are not invested in Olympus Game, we will be keeping an eye out to see if it follows the positive trend.

Olympus Game has paid for this to be placed on Crypto Banter because they want to reach our audience. And we have accepted because it pays our bills. HOWEVER, the information above is supplied by Olympus Game to Crypto Banter. We take no responsibility for its veracity and publish it as a service to the Banter Fam and to the broader crypto community. We have not invested in this project. As always, DYOR before investing in any new project.