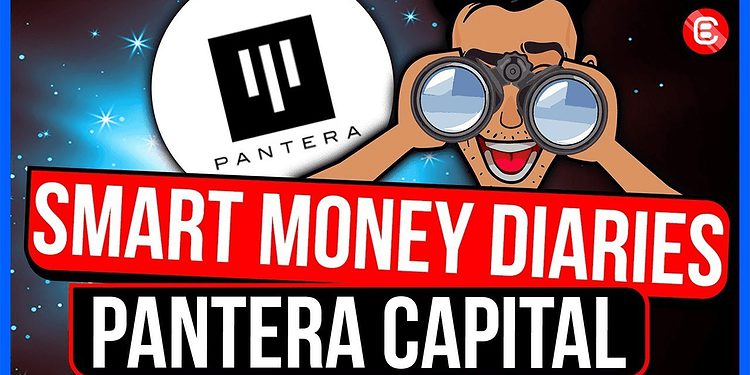 We always talk about following the smart money. That doesn’t just mean in terms of how you deploy your capital, but also learning how to think like the best in the game.

We always talk about following the smart money. That doesn’t just mean in terms of how you deploy your capital, but also learning how to think like the best in the game.

In this first edition of Smart Money Diaries, we take a glimpse into one of the smartest investment outfits in the business: Pantera Capital, presided over by the gigabrain that is Dan Morehead.

Their recent blockchain letter to investors, “The next megatrend has begun” was published on February 16th. It’s jam-packed with alpha, and it revealed some of the trends, theses, and narratives Pantera is honing in on, including metaverse, gaming and non-fungible tokens (NFT). It also shed light on where it thinks the market is heading based on current macro data.

Let’s dive in (and learn to swim with the whales) by covering some of the key takeaways.

Venture Capital (VC) has some of the best researchers around.

If you read our recent article, we examined which fundraising rounds the top VCs have been active in, and what they continue to hold.

In the past 14 months, Pantera Capital has been busy:

But what’s the methodology? What’s the thesis informing its decision-making?

We don’t have to ask the question, because in the case of Pantera, the recent newsletter gives us a glimpse into what some of the sharpest minds in the space are thinking. Here are some of the key takeaways.

During a conference call with investors last month, Co-CIO, Joey Krug, suggested a trend: how crypto couples (and decouples) with equities in a cyclical fashion:

“If you look at crypto specifically, when the traditional macro markets go down, crypto tends to be correlated with them for a period of roughly 70 days, so a bit over two months, and then it begins to break its correlation. And so, we think over the next number of weeks, crypto is basically going to decouple from traditional markets and begin to trade on its own again.”

“Our view is it’s going to decouple over the next number of weeks and crypto will sort of trade independently again. It’s my personal view that $2,200 ETH was likely the bottom.”

Pantera’s researchers point out the graph below, which refers to bitcoin’s relation to its 11-year trend. It’s now trading 60% below trend, and has only ever spent 12.7% of its history under this trend line.

Is tax day a major factor?

How significant is a looming tax day for Bitcoin (and the crypto markets)?

Just check out this comparison between the peaks and troughs relative to “Tax Day” in the US.

With each of the previous major bull runs, 2013, 2017, 2020 and 2021, bitcoin topped out 35 days before “Tax Day”, only to experience a drawdown as traders sold off (there were $1.4 trillion in crypto capital gains created last year) to cover their bills.

The next Tax Day is April 18th, so just about 7 weeks away. Could we see a significant drawdown in anticipation? Let’s see.

Swim against the tide for the best market entries

“It’s human nature that we want to buy when the market is surging up – when the FOMO devil is whispering in our ear.

When the markets are crashing – and our spouse/friends/boss are all WTF – we want to flee…we want the pain to stop.”

This graphic beautifully illustrates the point:

This is fear of missing out (FOMO) and fear, as it relates to the market in a nutshell.

Pantera points out that “The market has been this ‘cheap’ or cheaper relative to trend only 13% over the past eleven years.” And BTC is currently sitting at the lowest levels of its historical four-year-on-year-return trend.

Could now be the perfect time to buy?

Pantera points out how dominant the DeFi theme was in 2020.

Today, they are heavily invested in DeFi, where there is a Total Value Locked (TVL) of more than $200 billion in DeFi protocols, with decentralized exchanges (DEX) processing over $100 billion in monthly volume.

They are investors in Arbitrum, a Layer-2 scaling solution for Ethereum – built with Optimistic Rollups – which powers some of the biggest decentralized applications (dApps) in the ecosystem.

Pantera is bullish on gaming, metaverse and NFT projects, citing the NFT market’s phenomenal growth to over $40 billion, which could represent a drop in the ocean given how much remains untapped. In terms of the metaverse, they also raise a central issue (which we’ve written about here), namely, the battle between big tech and crypto communities.

Pantera believes, even though the metaverse will likely be built (and controlled) by major tech companies, such as Meta and Microsoft, that it will be hard to beat a truly decentralized, open and community-owned metaverse, where Big Brother’s eyes will not be forever watching over us. At the same time, a decentralized metaverse will mean no overpriced servers (essentially paying rent), and no-one to pull the plug on you if you don’t align with their ideals.

It’s still early days yet; this type of decentralized metaverse will need to be built. However, with many developers building new ways to collaborate within the web3 space and create more interoperability – something crucial to the metaverse’s success – that reality might be closer than you think,

Which metaverse is Pantera betting on?

The Sandbox, Decentraland, and Cryptovoxels are all mentioned within the Pantera newsletter. These are some of the earliest virtual worlds created with blockchain technology and allow for true, digital land ownership.

A new economy is emerging, allowing companies and individuals to lease their property out to others for hosting digital events on, for example, the real-estate of a high-profile celebrity in order to spread brand awareness.

Read more about the corporate land rush taking place in this article of ours.

Pantera’s team is actively scouting for the best projects, and making deals wherever possible. They have already led and co-led 24 deals, with more on the horizon in the coming months.

Pantera cited a range of macro factors to support its “bullish on crypto” position.

The total public debt of the USA is sitting at $30 trillion as of January 31st, an increase of $7 trillion from January 2020. When dividing that amount by the total number of Americans – 300 million – it worked out to a theoretical $244k debt per an average American family.

Inflation in the US came in at 7.5%, as shown in the Consumer Index Price (CPI) data which was published by the US Bureau of Labor Statistics last Thursday – the highest inflation since 1982.

In October, there were 3.6 million more job openings than there were unemployed individuals.

However, Pantera isn’t panicking. It believes that the Fed is “still actively inflating a bubble in bonds, stocks, real estate, etc. that will take a massive policy U-turn to stop”. And yes, “the net result of this binge-purge is going to be a mess in the normal asset markets”.

Despite this, and some of the reasons already covered, it believes the “best place to avoid the fallout of this policy failure is in blockchain assets.”

To wrap up with one of the best quotes from the entire letter, and one which sums up a lot of what we’ve covered:

“Resist the urge to close down positions. If you have the emotional and financial resources, go the other way. For new investors, it’s best to buy when the market is below trend. Now is one of those times.”

The big picture, irrespective of any short-term pullbacks (whether as a result of tax season or macro uncertainty), is that the conditions are ripe for bullish continuation, and a possible decoupling from ailing equity markets could be on the table.

The smart money has a long-term time horizon, and high conviction based on a combination of macro trends, crypto’s network effect, and the clear need for decentralized technology. It also thinks now is one of the best times to buy. When the smart money’s thesis changes, it might be a good time to reconsider your own, but we’re not there yet, not even close.

This is only the first part in our new Smart Money Diaries series deep-dive. So, keep that scuba gear on. There will be plenty more to come!