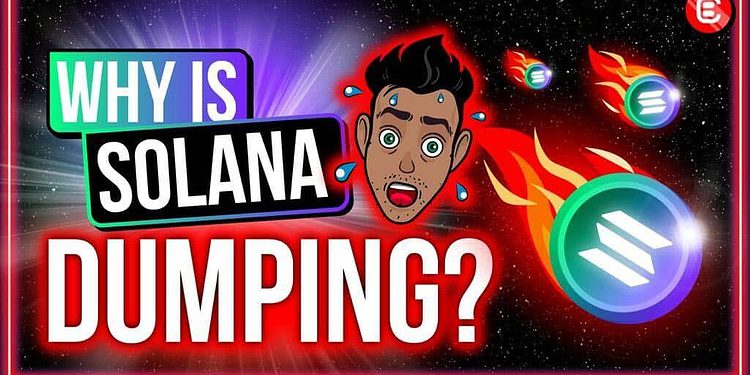 Solana has a problem, but it’s nothing they can’t handle

Someone's hit the reset button on the crypto market, but some projects have taken a bigger hit than others. For example, Solana, which is down by more than 66% has been combating several network outages in the past couple of months. And the entire ecosystem is struggling. But should you really be worried?

Someone’s hit the reset button on the crypto market, but some projects have taken a bigger hit than others. For example, Solana, which is down by more than 66% has been combating several network outages in the past couple of months. And the entire ecosystem is struggling. But should you really be worried?

Price doesn’t always follow network activity, but it is often affected by market hype cycles – and Solana’s out-of-hype. It’s also still in its infancy. Similar underhyped projects like ADA or DOT have also been taking a massive hit. But there are other commonalities in the projects’ prices: their network performance.

Is deploying the network first and fixing it later the best blockchain development approach? ADA’s approach is to hold off any deployment until every network tick is flawless. Ethereum released their mainnet to the public without going into Beta mode first. Solana has taken the approach of releasing it mainnet in Beta first and patching things along the way. Unfortunately, the Solana network has been caught in a development conundrum as the network’s Beta mainnet experienced another 48-hour outage late last week and into the weekend.

Solana’s price has been directly impacted by the network’s instability, causing a higher sell-off than any other cryptocurrency. The entire Solana network has been in a sea of red, given this is not the first time the network has experienced congestion levels. But what’s behind the congestion?

Solana’s network is still in active Beta. It is, therefore, supposed to still be experiencing congestion issues, because the Beta stage is where those kinks get smoothed out. As congestions occur during high network usage, developers are implementing patches and fixes on the fly. But that doesn’t stop unfavorable comparisons from arising.

Comparisons to other Ethereum-killer blockchains that did not succeed are therefore not warranted. Solana’s network congestion is attributable to its Beta status and to a higher influx of developers that enter the network, something that wasn’t necessarily true for the likes of EOS.

Users seem to be missing this very important point. Beta stage is called “Beta” precisely because it allows developers to expand the network, while actively addressing any issues. Ethereum faced a similar problem in 2016, when the Ethereum blockchain was under a DDOS attack during a Devcon2 conference. And look at where Ethereum is now!

The name of the game of any successful network is user and developer activity. Unfortunately, Solana has gained a reputation for being VC-backed, forcing users to drift away from the network.

But the developer and network activity say otherwise! Network congestion and any other development hiccups (with the exception of hacks) are to be expected when networks are in active development. And, despite any network congestion, Solana settles between US$1 trillion and US$3 trillion worth of assets daily. But not everyone is so downright negative about Solana.

The network has a 71.27% positive sentiment on Stocktwits. Solana’s mainnet was released as Beta in March 2020 and is only incurring issues as more developers flock into the network. And that’s a good sign, because it adds more incentives for Solana to address the issues more swiftly!

First, remember that Solana has not entered Alpha mode. There is still room for improvement – there is also time and processes for improvement. There’s no “right way” to develop a blockchain network and create a community-focused ecosystem – and no-one can launch  a flawless final protocol first time round.

Our Crypto Banter thesis is that every blockchain that follows the Banter steps and has high network activity needs time for improvements. No network is perfect from day one. Even Ethereum had a lot of issues and DDOS attacks during Beta. This is why Solana is in Mainnet Beta and hasn’t yet moved to Alpha. To get things right. DYOR and judge it accordingly.

If you’re confident in Solana’s ability to challenge Ethereum, don’t look at the price action, look at how developers are actually addressing network concerns in Beta.