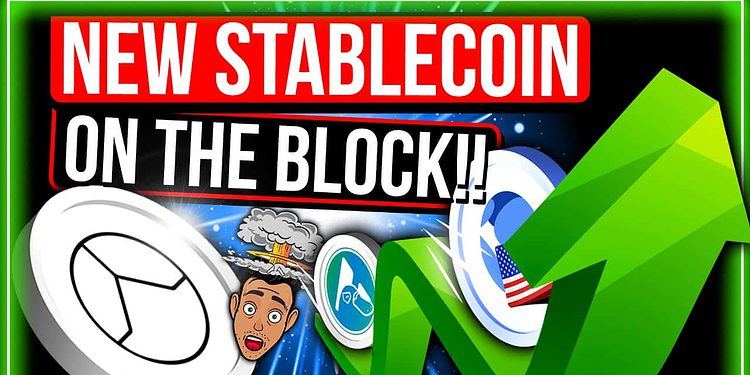 Stablecoins are evolving, and the opportunities are huge. Learn how to unleash their power and be at the cutting-edge!

A stablecoin has one job: to live up to its name by maintaining a stable value. In theory, a dollar-pegged stablecoin should never see its value deviate from $1. In practice, they tend to oscillate slightly (very slightly!) above or below the mark, depending on the stress of market conditions.

A stablecoin has one job: to live up to its name by maintaining a stable value. In theory, a dollar-pegged stablecoin should never see its value deviate from $1. In practice, they tend to oscillate slightly (very slightly!) above or below the mark, depending on the stress of market conditions.

As crypto adoption has ramped up in recent years, the number of stablecoins in circulation has skyrocketed:

But not all these tokens are created equal, and while Tether (USDT) might be the third largest crypto asset in terms of market cap, we believe its days at the top are numbered. Why? Because the next generation of stablecoins is coming. And while they offer the same basic features (i.e. they’re stable), they also come with a range of benefits that could leave some of the OGs (USDT, USC, DAI) trailing in their dust.

Before we jump into the most exciting new developments, let’s make sure we’re up to speed.

It’s pretty simple: asset-backed stablecoins are backed by the assets they’re pegged to. In the case of USDC, its issuer, Circle, holds a literal dollar in its treasury for every USDC token in circulation. As for USDT? Well, Tether FUD is as old as time itself, but (allegedly!) the same principle applies. Translation? These kinds of stablecoins are centralized. They are minted in a treasury and thus have a single point of failure, much like traditional coins (or notes) you get from a legacy bank.

Further, they’re backed by dollars – the ultimate shitcoin! And a shitcoin backed by… thin air. So clearly, there’s room for improvement.

At Crypto Banter, we believe a decentralized web (or metaverse) needs decentralized money. If you’ve been watching the show, you’ll know we’ve been bullish on some of the decentralized alternatives for a while. As Jose Macedo put it:

But since Terra’s UST burst on the scene, it’s been a while since we’ve had any major new protocols (and potential competition!) enter the fray.

The snazzy (and very clever) new kid on the block

Wow, this is one we’re really excited about: UXD Protocol Token (UXP), which is launching on Solana today!

The tech behind UXD is next level: it’s algorithmically backed by a delta-neutral position. That means UXD maintains its peg to the US dollar by harnessing derivatives contracts. As Ran explains, it could be the beginning of a whole new generation of stablecoins. (You heard it here first!)

So how on earth does it work?

UXD Protocol creates dollar-pegged stablecoins (UXP) by opening a long (or short) position on an equal number of BTC-USD swap contracts or BTC futures. Crazy, right? And since the long BTC spot is hedged by the short, the value of the position remains static: $1!

It’s complicated stuff. If you’ve got the processing power, check out this whitepaper for a deep dive! But here’s the key takeaway: UXD promises to solve the stablecoin trilemma by being capital efficient, decentralized, and, of course, stable! Something Ethereum founder Vitalike Buterin was preoccupied with back in 2014!

To achieve all three is a huge engineering challenge. At present, existing stablecoins do well to achieve two.

UXD is gunning for the hat-trick.

On top of that, the minting (or redemption) process is instantaneous. And from Day 1 there are rewards to be had, since the funding rate of the delta-neutral position will be distributed to stakeholders!

It’s almost too good to be true.

Which is why UXD has attracted major backers like Alameda Research, Multicoin Capital, and The Solana Foundation.

The genius behind UXD (Kento Inami – remember the name!) has big ambitions: for it to become the most widely used decentralized stablecoin in the world. The aim is to set a new gold standard for trust(lessness!), efficiency, decentralization and usability.

And today, UXD’s Mainnet Beta is launching on Solana, with integrations in place with Mango Markets, Saber, and Mercurial Fi.

And if you’d like to participate (and get minting – how cool is that?!), here’s an official thread telling you all you need to know.

What should I HODL?

Okay, so we’re super excited about UXD and its awesome potential. But for now, it’s living on Solana.

Plus, we certainly haven’t forgotten about the other more exciting (and profitable) algorithmic stable coins available – and neither should you!

The Banter Fam will know all about why Terra’s leading stablecoin (UST) has taken off. To mint UST (or stables pegged to any other currency), you need to burn LUNA. Which means if you hold LUNA (as you would if you’ve been following Banter!), then it’s in your interest to keep your stables in UST – a simple case of supply and demand!

As for its ability to maintain its peg, UST has proven more stable than any of the centralized, dollar-backed alternatives so far. And it has seen insane growth in only a few months!

Still, UST’s exponential growth isn’t just thanks to its ability to hold its peg to the dollar, but also because of the huge opportunities it opens up within the Terra ecosystem.

Passive income is as good as it gets.

Compared to legacy finance, the yields available for staking asset-backed stables are a huge win.

But those yields pale in comparison to what UST is capable of! Which is one of many reasons we’ve been encouraging the Bater Fam to hold it! For a deep dive on some insane yield-bearing strategies on Terra, check out ‘Lunatic’ Miles Deutscher’s Twitter thread here.

Cardano season is coming. And one of the most exciting developments coming out of IOHK is the launch of Djed (pronounced with a silent D!), an algorithmic stablecoin developed in collaboration with COTI. Think, like the Luna of Cardano!

On most chains, transaction fees are paid in the native token. But Cardano is ahead of the curve here, with plans to allow transaction fees to be paid in a range of crypto assets. That said, the launch of Djed will make it the clear and obvious choice for users.

In yesterday’s show, Ran interviewed COTI founder Shahaf Bar-Geffen, who explained that Djed was running like a well oiled-machine. Not really surprising – it was battle tested on the testnet where it kept the peg like a champ! Here’s a quick visual of how it’ll work.

In simple terms, there will be a lot of fees generated from minting and burning Djed. Fees will be paid to COTI and held in the treasury. If you stake your COTI, you’ll get a slice of the rewards! So it’s a multi-pronged strategy. If you believe in the future of Cardano and think DeFi will thrive on the chain, holding and staking COTI is a way of investing in (and benefiting from) its success.

Stablecoins have exploded in recent years, and as crypto continues to be adopted faster than any technology in all recorded history, we believe they are likely to end up playing a key role in global finance. In the meantime, learning how to unlock the yield-bearing and profit driving strategies of some of our favorite next-gen stablecoins is simply a no-brainer! But, as always, DYOR and plan your thesis before investing.