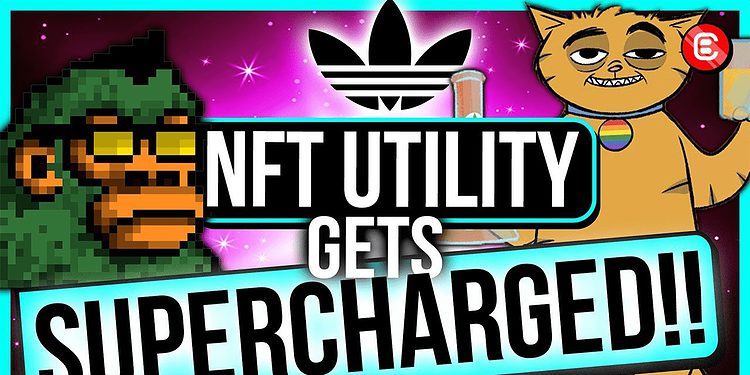 Ten ways to give your NFTs more utility

Unless you’ve just emerged from a coma, there’s no way you successfully avoided the NFT buzz.

Unless you’ve just emerged from a coma, there’s no way you successfully avoided the NFT buzz. It was Collins Dictionary’s 2021 Word of the Year, and last year, NFTs broke the record for the highest price paid for an artwork by a living artist… twice. Skipping to the end, blockchain-enshrined art is “the new black”. However, if you’re looking at releasing some NFTs, and you’re not a world-famous artist with a bottomless bag of cash for the hype train, you may be wondering what else your NFT can do? Well, since you asked, allow us to present ten ways to give your NFTs more utility.

You can use your tokens as passes to streaming content. Take the odd (and we mean odd!) hit animation series Stoner Cats for example. Sure, Robert Crumb already gave us drug-fueled kitties, but this show features some A-list talent in the shape of Chris Rock, Mila Kunis and even Jane Fonda. Stoner Cats is well worth a watch, but there’s a catch: the price of admission is a Stoner Cat NFT called a TOKEn. Can you see what they did there? “Shut up Meg…”

In a world of CryptoPunks, be a brown square or a laser unicorn or a fire-breathing thingamabob-from-Pluto. By treading virgin ground, you can be the first, and being the first gets prizes. Previous collections allowed investors to pick up digital representations of Shawn Mendes’s wardrobe, the sound of film director Alex Ramírez-Mallis’s farts, and who could forget Trevor DeHaas’s horror sandwich from the notorious Fyre Festival? We reckon the picture probably tastes better than the actual breaded dumpster fire, and the NFT version did go to a good cause, raising over $80,000 to cover the cost of DeHaas’s kidney transplant.

As the world catches up with the cryptoverse, two worlds will collide. When this happens it will open all manner of revenue streams for NFT holders. Maybe you’ve got an animated series planned or maybe you’ll feature NFT characters in big ad campaigns. Either way, why not offer a cut of any future streaming revenue alongside your tokens?  It’s a play which recording artists are already using. Earlier this year, NAS offered fans the chance to purchase NFTs which included some rights to the streaming revenue from a few of his big tracks. The collection sold out in minutes, netting NAS almost half a million dollars in the process.

Bonus content has been a thing forever. We nerds are long accustomed to standing in line at midnight releases, hoping to snag a big box release and the flashy character which starts the game with railgun boobs, but there’s a catch. Not only will everyone waiting in line get the same Railgun Nun, none of you will ever actually own her. Plus, with some notable exceptions, if you didn’t get one, you never will, no matter how many Railgun Nuns end up parked in forgotten hard drives. NFTs have the power to change this. Not only can players purchase unique, genuinely one-off, items like skins or weapons, they can own them in the true sense. So, no more missing out on a championship FIFA strip because you were on holiday that week. Instead, you can log in to an NFT marketplace and buy one from someone who doesn’t play anymore. Remember when have-a-go heroes chipped in to save GameStop from greedy hedge fund managers who’d targeted the chain because it wasn’t moving with the times? Well, it looks like GameStop learned a few tricks along the way, and the chain is now planning its own NFT marketplace for just this purpose.

If your name’s not on the blockchain, you’re not coming in. Imagine club nights, live shows, and other events where your NFT is a backstage pass? Well, now you can, but there’s more at stake than getting past security. NFTs can also be used to access virtual members’ zones, and the real world isn’t just catching up, it’s joining in. New York’s legendary nightclub scene looks set to be the first out the gates, when the highly anticipated Maxwell Tribeca opens its doors in the summer. The swanky up-town social club and eatery, modeled on a legendary venue in San Sebastian, Spain, will offer all the perks you’d expect from a private members’ club. However, unlike other “money-can’t-buy” membership schemes, entry to the Maxwell social will require ownership of specific NFTs. We don’t know for sure what the club means by “specific”, but there are good chances that it will be something we haven’t seen yet.

Why not tie your NFTs to real-life assets, such as stocks and shares? Then your tokens can be shared certificates. You can even allow token holders to vote at shareholders’ meetings. In a suitably brilliant play on this concept, one embittered Theranos backer, Marc Ostrofsky, is hoping to sell his Theranos Share Certificate as an NFT.  If successful, Ostrofsky could well be the only person to successfully cash in from the failed Theranos venture. You can follow the bizarre story here.

Just because your tokens are virtual, it doesn’t mean you can’t sell physical versions too. You can even offer token holders the chance to own 3D printed versions, handmade models, or branded clothing emblazoned with their own unique NFT designs. Tyson Fury famously sent meme-coin Floki to the moon just by sporting a branded hoodie. This really shows the potential of branded merchandise.

Your investors are far more likely to mint your tokens if they’re invested in the story. Take the time to develop your characters and their world. Giving your collection a theme is one thing, but actually building a universe behind it is far more compelling. Hire a writer if you need to, but bring your collection to life.

People love to be part of something unique and exciting. So, build an exclusive hub for your investors and invite them in. Give your token holders access to a members-only area with chat functions and a place to share their art.  Even big name brands are getting in on the NFT act. Take Adidas for example, the forward-looking sportswear brand has never been shy to pick up on a trend, and their recent NFT collection is a perfect example of a members-only world, exclusively available to NFT holders. You can find out more about Adidas’ NFT project here.

There you have it, ten ways to give your NFTs more function and value. In the future, we can only guess where NFTs will take us. Perhaps we’ll see priority NFT boarding at airports, NFT-holders-only screenings at the cinema (If we still have cinemas…), and even NFT dating apps. Of course, by the time we have any of this, we’ll probably be able to upload our NFTs into our neural matrix port in the time it takes us to not-drink a virtual espresso. Until next time folks, see you in the ‘verse.

Tim first stepped into the crypto world in 2017 and has never looked back since. Now CEO of crypto and NFT marketing agency Lunar Strategy, he’s contributed to a number of respected crypto publications and is always into talking all things tech.