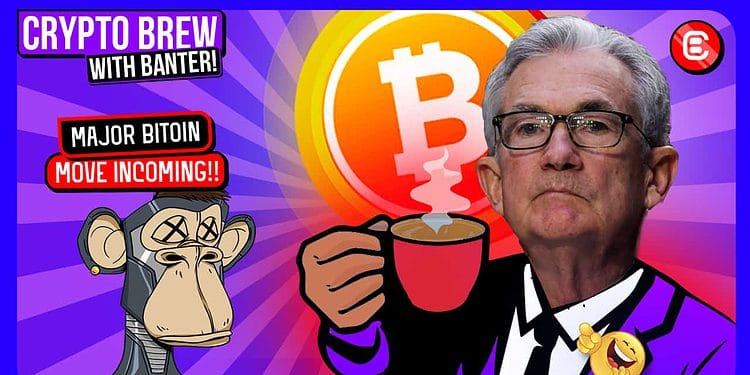 The bulls are back, and the crypto market cycle feels like it’s turning a corner (but we’re not out of the woods just yet)

crypto industry is ripe with bullish news: the world’s most valuable company could be making a crypto payment play, and the world’s largest asset manager allows its clients to trade crypto. All that, and more…

With Bitcoin ranging between $42k-$45k (with some High Time Frame indicators showing strength) the crypto industry is ripe with bullish news: the world’s most valuable company could be making a crypto payment play, and the world’s largest asset manager allows its clients to trade crypto. All that, and more…

It’s all eyes on the Federal Reserve and the upcoming Consumer Price Index data. The White House seemed to be warning the markets that the inflation numbers will be the highest Year-On-Year figure, with expectations above the 7% mark. We’ll be reporting on this (and the market’s response) as soon the data is announced at 10.30 EST.

Are NFTs topping out?

As the markets warm up again, NFTs could be seeing their time in the sun come to an end. It seems they thrive on wider uncertainty, but struggle to hold up once the market makes a directional move. Floor prices are sigfnificantly down. Ouch!

Terra has been hinting at a major partnership with a major sports club in the US, and the rumor mill can finally wind down: the team has been confirmed as the 2019 League Championship Series winners, the Washington Nationals.

Rumour is, the the Nationals will accept UST for transactions until the start of the 2023 season.

Speaking of Terra, Do Kwan has just stepped in to save the day after Anchor Protocol’s reserves were bottoming out.

Apple is the most influential and valuable tech company in the world, and until you can buy, store and pay with crypto on an iPhone, true mass adoption remains out of reach. The details (and timeline) are unconfirmed as of yet, but this could be a huge story to watch out for.

BlackRock is the largest asset manager in the world, with over $10 trillion in Assets Under Management (AUM). Its clients include public pension schemes, endowments and sovereign wealth funds.

And it looks like BlackRock will now be allowing its clients to trade crypto through Aladdin (short for “Asset, Liability, Debt and Derivative Investment Network”,  which is the asset manager’s integrated investment management platform.

Bitcoin hopium of the day

Funding is beginning to turn negative, which could be good news for bulls, and bad news for the bears. While we expect a retrace at some point to the $41k region, signs suggest any (healthy) pullback be healthy be shortlived.

The good news keeps on coming. However, we don’t expect the CPI numbers to be especially positive. As long as there are no nasty surprises, high inflation and aggresive rate hikes have already been priced into the markets, so major volatility in either direction is unlikely.