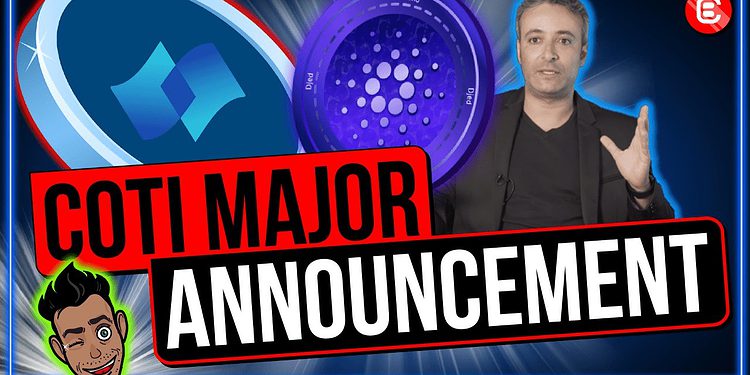 The COTI Treasury is now live.

And to say the launch is off to a good start would be an understatement.

For starters, almost 10% of COTI’s market cap now consists of tokens being staked in its new treasury. A treasury that’s scarcely a day old.

This certainly does feel like the beginning of a new era.

So what’s behind the hype? Why are COTI holders rushing to stake their COTI?

To best answer the question, we checked in with COTI’s founder, Shahaf Bar-Geffen!

As Shahaf explained, the treasury offers COTI holders a range of options: do they want to stake tokens on a daily basis, or would they prefer to lock up their assets for 30, 60, 90 days, or more?

Speaking of which, how’s this for size?

For someone with a high tolerance for risk, they could lock up their COTI for 120 days, harness a ‘multiplier’, and earn in excess of 190% APY, with rewards automatically compounded. These are the kinds of yields you normally see with small caps in their early stages, and since COTI is an established mid cap, these kinds of returns are pretty unique!

Suffice to say, there are a lot of degens out there looking for max gains. As Shahaf confirmed, the demand has been overwhelming. As of now, about 250 million COTI (with a value of around $80 million) are being staked. For context, this has all happened within 24 hours of the launch. And Shahaf anticipates the Total Value Locked (TVL) could exceed $100 million by the end of the week!

It all points towards an incoming supply shock, since significant amounts of the COTI in circulation are being locked away. Plus, demand is only likely to increase in light of new developments on the horizon, COTI’s role in issuing Cardano’s algorithmic stablecoin, Djed, being top of the list.

Djed will be issued on Cardano, by COTI! And it’s pegged to rule supreme across Cardano’s ecosystem, will be ultimately used for all transaction fees, and has already partnered with all the major Decentralized Exchanges (DEX’s) coming to the chain. Plus, issuance fees will go directly to the COTI Treasury, thus becoming part of the rewards distributed to users staking there.

As Shahaf described it, on the one hand we’re seeing a COTI supply shock playing out, and on the other, the roadmap ahead is driving a further increase in demand. It would appear a lot of people are on the same page on this one, since the TVL has mooned in such a short period of time! It’s incredible stuff.

What a time to be a degen.

Staking your COTI can offer incredible yield (with a range of options available), but it’s also a way of adding indirect exposure to Cardano: the third largest smart-contract blockchain by market cap, with an DeFi ecosystem raring to show us what it can do. If you already hold COTI, why not earn yield in the meantime? And if your ADA bags are bulging, COTI presents a fantastic opportunity to invest in one of the most promising ecosystem plays around.