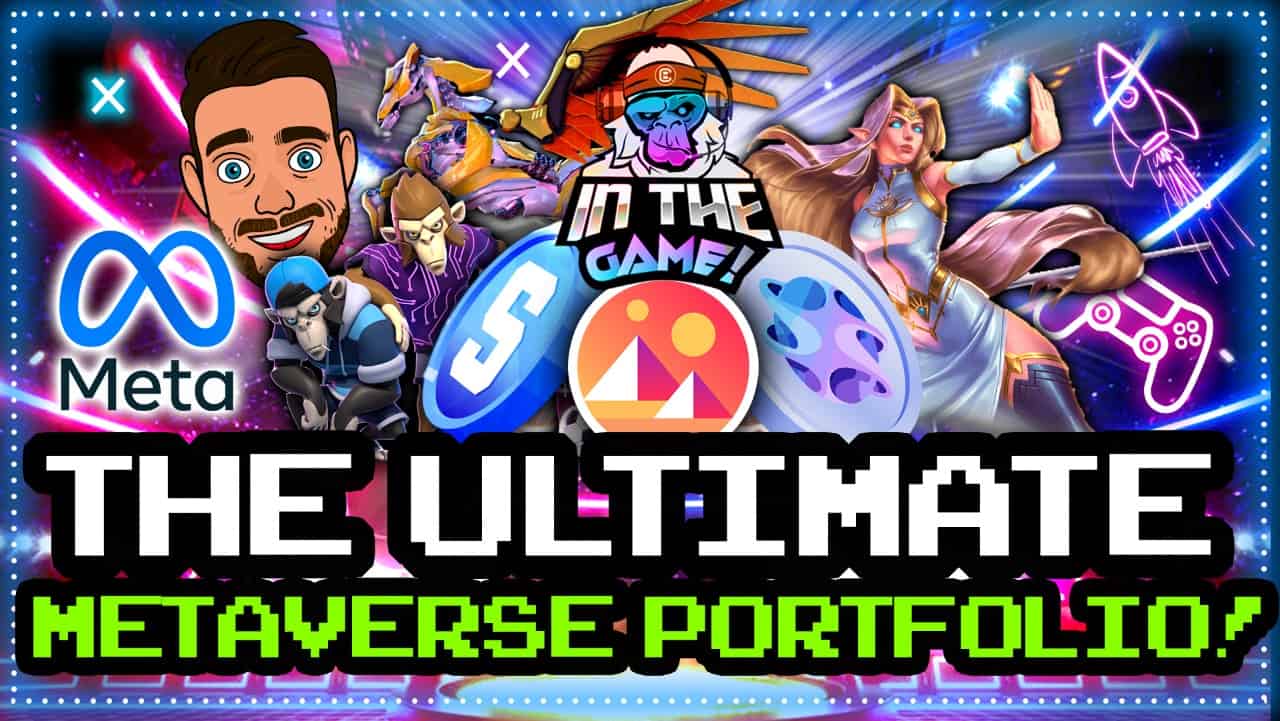 The decentralized metaverse race is on!

The metaverse race is on, and it's playing out between centralized entities jostling for dominance, and the decentralized alternatives that threaten to beat them all.

Brands are rethinking their approach by incorporating the idea of digital interaction into their long-term strategies. The Metaverse is fast becoming the hottest ticket in town, with big tech companies all competing in the metaverse race.

The Web 3.0 space doesn’t need (or want) a centralized takeover. Instead, a decentralized metaverse is more attractive, as they don’t encompass many of the pitfalls of Web 2.0. When it comes to giving users ownership of assets (including the very data they produce), centralized entities can’t be trusted not to work to the benefit of their bottom line, rather than the users they claim to serve.

And metaverse tokens are stepping into the spotlight as the market begins to change course.

The metaverse is reshaping our digital environment

Facebook’s Meta disappointing Q4 earnings saw share prices tumble as much as 20%. It’s understood that this comes in the wake of over $10 billion invested into developing the new sector.

Metaverse tokens pumped hard within the recent market-wide rally. Both ALICE and GALA Games have increased by up to 40% in the past seven days.

Facebook is not the only company that’s investing in the metaverse. The metaverse sector was valued at $21.93 billion in 2020 and is expected to grow another 41.75% by 2030. More companies are joining the narrative leading to an exponential increase in adoption on both a centralized and decentralized level.

Where is the Metaverse heading

Companies like Meta and Microsoft will aim to build everything, from the necessary infrastructure to the software itself. Meanwhile, brands are being onboarded on existing platforms until the “next” internet (Web 3.0) is finalized, two examples of which are Balenciaga and Nike, who are experimenting with platforms like Decentaland or The Sandbox, respectively.

Brands continue to explore NFTs, and NFTs with utility will unlock the power of the metaverse.

Everything that has to do with access to a digital space is enabled by censorship-resistant assets, which become valuable across every protocol – that’s when interoperability will be a given. Taking Tony Parisi’s rules on the metaverse, digital worlds developed on decentralized platforms are closer to the true ideal of the metaverse, because “nobody controls the metaverse.”

Right now, in the context of the recent Bitcoin breakout, metaverse plays are thriving, which only seems to confirm the narrative, and hype cycles are leaning towards the metaverse continuing to dominate the conversation.

6 Metaverse projects for your watchlist!

With this in mind, we checked in with Crypto Banter’s very own Hustle, and picked his brain about the top 6 metaverse tokens on his watchlist.

Decentraland is the OG of the decentralized Ethereum network. The platform hosted over 300,000 monthly users and an estimated 20,000 daily users in January. The network keeps growing in both size and value. The price of MANA has increased by 28% in the past 7 days and has also benefited from Facebook’s Meta rebranding.

The Sandbox is the second blue-chip decentralized Metaverse that allows users to create and monetize their digital interactions and build their own space. Sandbox enjoyed a similar rally to Decentraland in late 2021. Today, it has a fully diluted market cap of US$13.9 billion, and land is selling at a floor price of 3.85ETH per plot!

Netvrk is aiming to bring VR in the metaverse to the next level, with a focus on cross-chain compatibility. With interoperability being the name of the game, NETVRK is tapping into a new market that’s already getting the attention of the likes of Meta.

Wilder World is an Ethereum-developed, 5D metaverse project that uses NFTs to monetize digital interactions. A platform for artists and creators, Wilder World empowers them to showcase their creations in a futuristic digital environment. Wilder Worlds also implements the idea of gamifying interactions by rewarding users to contribute in the building of the new digital reality, renting out their cars (Wilder Wheels) for other people to race.

Solice is another VR-based metaverse that follows the same game theory as NETVRK. The idea of Solice is that it’s in a utopian and futuristic world, which should resonate much more than pixelated games-style alternatives like Decentraland and Sandbox. It has ‘the future’ written all over it. Plus, since Solice has a cap of only 60,000 pieces of land available – they’re playing the scarcity card!

Render is the ultimate ‘picks and shovels’ play, a protocol that taps into unused (and decentralized) GPU power to render graphics, rather than doing so ‘in-house’. The network helps platforms to enforce the third rule of the metaverse: that nobody owns them. Thus, Render Network generated $30 million in funding to improve online rendering jobs and provide decentralized computing power.

Crypto is a cyclical space. Similar to how DeFi ruled 2020 and NFTs took over the entire narrative in 2021, metaverse tokens are stealing the limelight in 2022. As tokens have bounced back harder by nearly 40% (if not more), you might want to avoid chasing the pump!

We suggest keeping these plays on your radar, and if the market comes down to test support (or enters a new correction phase), they could be great candidates for a Dollar Cost Averaging (DCA) strategy!