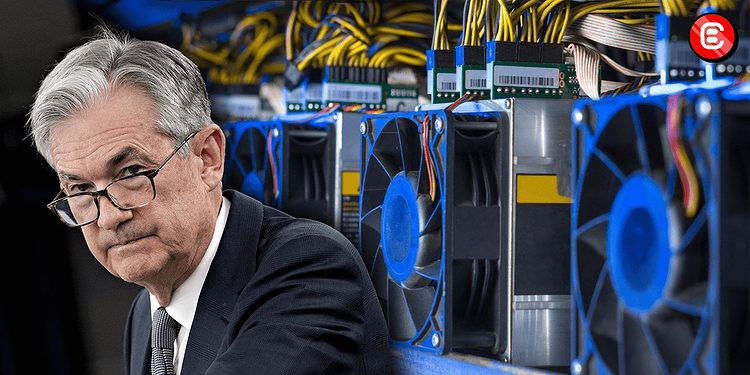 The events of the next 5 days will determine bitcoin’s next move: Here’s what you need to know

In a little over two weeks, the world has undergone the single biggest geopolitical shift in decades, the consequences of which will reverberate for many more to come and shape the future as we know it.

“There are decades when nothing happens, and weeks when decades happen.”

In a little over two weeks, the world has undergone the single biggest geopolitical shift in decades, the consequences of which will reverberate for many more to come and shape the future as we know it.

The same can happen for the crypto markets too. Nothing happens, and then it all happens at once.

So far, this is already shaping up to be a week to remember.

Mercifully, we’re off to a good start. A crypto-disaster has just narrowly been averted.

Monday: bitcoin mining in the EU to continue (phew)

It was all eyes on the ECON committee of the EU Parliament, which today has voted against – yes, against – what would have amounted to a ban of proof-of-work (PoW), and by extension, bitcoin mining.

This is a huge boon for global (but specifically) European mining operations, and further, secures EU nations’ place in the decentralized monetary network.

A ban would have only seen companies migrate overseas, and hashpower continuing to accumulate (most likely) in the US.

It’s excellent news, but more so in terms of a potential (short-term) disaster for the industry being avoided.

And it speaks to the fact that, like many other nations, Europe may be preparing to embrace crypto for good.

For an amazing thread on the wider implications of the result, check out this piece from Patrick Hansen:

With that potential pitfall out the way, let’s move across the Atlantic.

The US inflation crisis continues unabated, and the upcoming Federal Open Monetary Committee (FOMC) meeting on Wednesday will likely confirm what the markets are already expecting: the Federal Reserve (Fed) is suffering a case of “tied hands”, and will be unable to reign in the rampant inflation any time soon.

A rate hike of 25 basis points (bps) is the most probable outcome.

Followed by (at least) a 12-month-long period of sky-high inflation.

As we’ve written about extensively, high inflation has not been suppressing markets (equities and crypto alike), but rather the Federal Reserve’s anticipated response to it.

The fact that Yellen is now conceding the US’s inability to manage the situation, and is instead priming markets for a sustained period of inflation, suggests that a hawkish monetary policy is off the table.

Tedtalksmacro has produced yet another brilliant Twitter thread outlining how this could all play out.

As he explains it, “A 25 bps hike is the predicted outcome of the decisions made at the March FOMC meeting. But that is not the only ‘outcome’ that the market will be keen on hearing and reacting to. The FOMC meeting this month will also see the Fed update their summary of economic projections.”

The summary of economic projections could include the following metrics:

He expects that GDP will be revised lower, unemployment to remain steady, and inflation set to rise.

Overall, these projections “would be bearish for risk” given the “no improvement in calming inflation” combined with an “overall slowing” of economic growth, as “compared with the projections made in December.”

Crucial to the crypto and equity markets will be the Fed’s “forward guidance” emerging from the meeting: It’s one of the tools at their disposal, a case of saying what they think will happen, and allowing the markets to respond accordingly.

Ultimately, however, whether “risk-on assets” get any “relief” will come down to a combination of factors:

The “forward guidance from the FOMC”, and whether “the market gets what it’s been expecting”: namely, a 25 bps hike, revised projections, and the suggestion of no more than 4-5 rate hikes across the year.

As if the above wasn’t enough, Friday’s options expiry looms.

An expiry refers to the final day that options (or futures contracts) are valid, forcing investors to make a decision: what to do with their position?

“Max pain” is the level with the greatest number of open options contracts, and the price that would spell losses for the largest number of option holders at the moment of expiry.

Typically, the bitcoin price will gravitate towards “max pain”, but that’s under normal circumstances. At times like these, other factors can determine the directional move. For example, a major escalation in the Russia/Ukraine conflict, or another black swan event, and the point of max pain becomes meaningless.

And just when you thought it was all over…

Covid is raging in China and other Southeast Asian countries: their zero-covid policy is coming back to haunt them.

This doesn’t necessarily mean it will overspill to the rest of the world – that’s already happened.

But it could spell further supply chain issues (adding insult to injury?). Could it supercharge global inflation?

This deep-dive thread from Jim Bianco explains what we might expect as the situation unfolds:

Technical analysis works until it doesn’t, and right now, bitcoin is at the mercy of the world around it.

Nevertheless, the week is off to a promising start.

Europe will continue to play a role in the global network of bitcoin miners. We already knew that it made political and economic sense for them to do so, and the good news is that at least over 50% of the EU Parliament appears to be on the same page.

So, next on the list is Wednesday’s FOMC meeting.

Whatever happens, bitcoin is highly unlikely to keep moving sideways for long.