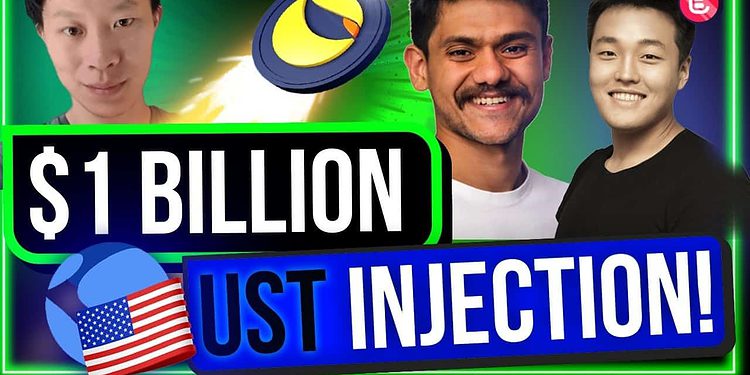 The LUNA Foundation Guard (LFG) just announced it has raised $1 billion to form a bitcoin reserve for its primary stablecoin, UST.

Do Kwon, co-founder of Terraform Labs, has spent the past month dropping hints about a series of surprise announcements that could dramatically affect the Terra ecosystem.

With two out of the three surprises already behind us, LUNAtics around the world have been waiting with bated breaths for the final piece of the three-part puzzle.

The wait is over.

The LUNA Foundation Guard (LFG) just announced it has raised $1 billion to form a bitcoin reserve for its primary stablecoin, UST. This was done via an over-the-counter sale of LUNA, the native token of the Terra blockchain.

LFG (LUNA Foundation Guard) was established by Terraform Labs with the sole intention of “supporting the advancement of open-source technology, facilitating the growth of the Terra ecosystem, and improving the sustainability and stability of Terra’s algorithmic stablecoins.”

Translation: it was set up to drive the adoption of UST and ensure the stability of the UST/dollar peg at all times.

Smart money continues to back the Terra ecosystem

The sale was led by Jump Crypto and Three Arrows Capital (3AC), with participation from DeFiance Capital, Republic Capital, GSR, Tribe Capital, and others.

Why such a big deal?

The primary purpose of this reserve will be to act as a “reserve valve” for UST redemptions during major market selloffs.

Usually, the UST peg is maintained by a burn mechanism (you can read all about it in a previous article) that helps the UST keep its peg remains even during periods of significant volatility.

This decentralized UST forex reserve has been introduced to provide an additional layer of support that can be called on during selloffs (rather than relying on arbitrageurs’ incentives associated with the burning mechanism), and mitigate against the risk of a hypothetical Luna ‘bank run’.

Future of the reserve

Currently, this reserve is Bitcoin-denominated, and therefore less directly correlated to the Terra ecosystem. But Do Kwon also tweeted about LFG’s plans to scale this reserve (already one of the biggest of its kind) even further.

Also, they have plans to stock the reserve with other non-correlated assets over time. It will be interesting to see which assets are eventually incorporated.

The Terra ecosystem has shown a lot of resilience in spite of some serious FUD (from UST de-pegging to the possibility of a reduced yield on Anchor Protocol). But so far, it has emerged unscathed and arguably stronger than ever.

This latest piece of news cements UST’s position as the up-and-coming stablecoin to beat, and LUNAtics must surely be one of the fastest-growing communities in crypto. Whether the reserve will be called upon, or whether the existing burn mechanism is sufficient in preserving the UST peg moving forward, we’ll just have to wait and see.