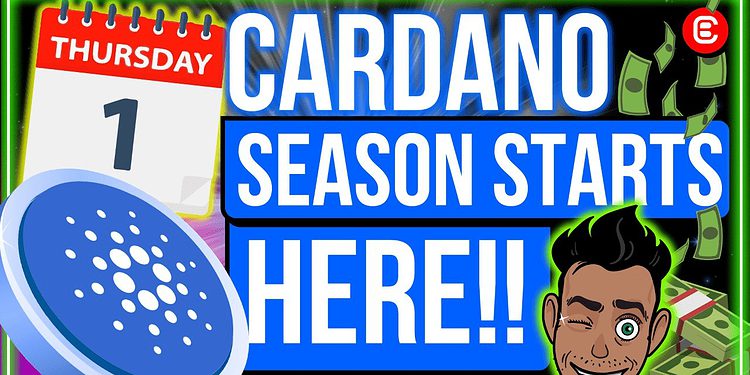 Cardano is tiptoeing into the grand DeFi narrative, and this might be the date! The ecosystem finally has a solid catalyst to launch a DeFi moon mission, and the great capital rotation of Q1 2022 could be happening.

Cardano is tiptoeing into the grand DeFi narrative, and this might be the date! The ecosystem finally has a solid catalyst to launch a DeFi moon mission, and the great capital rotation of Q1 2022 could be happening.

Whether Cardano’s going to move on Thursday or Monday, we know for a fact that it will happen over a Sundae.

Adoption and integration of DeFi applications are a clear sign that an ecosystem is ready to shine. Just look at LUNA or FTM, and you’ll understand why Ran called Luna in December, and Fantom in January, long before they happened. Could Ran be right again about February being Cardano month?

With a DeFi changeover nearing on the network, Cardano is bubbling up with crypto magma!

The most anticipated DEX on Cardano has laid the cards out. Without DeFi (the most popular blockchain byproduct), networks are partly futile in the current market. After a series of test-net congestions and fixes, SundaeSwap made the grand announcement. On 20 January 2022, Cardano will finally get its syrupy DEX and if the crypto are aligned with their expectations, and the release is flawless, it could initiate a capital rotation of Jurassic proportions locking immense value into the ecosystem.

With such an announcement comes great network activity. (Ok, the quote from Spiderman almost worked!) Yet activity on Cardano is bubbling. It’s like the Cardano flame had been reignited as the number of daily active staking addresses has reached an all-time high of over 70,000 wallets. So why is Cardano down?

Cardano was at an all-time high in 2021, so some downward motion was to be expected. However, the native Cardano token gained more than 30% in the last seven days, following the Layer-1 bullish narrative. With Carano ecosystem tokens getting the Sundae treatment, they’ve increased by more than 40%.

This could very well be the Cardano fever everyone’s been on about, as transactions on the network are starting to mimic those of 2021. Cardano’s showing a lot of strength in comparison to Etheruem. Transactions on Cardano have surpassed those on Ethereum – EVEN WITHOUT A WORKING DEX.

And guess who’s got the upper hand in the transaction fee exhibition? You guessed it! Cardano. For transactions of US$7.02 billion, the network used only US$66,000 worth of ADA tokens. That’s been one of Cardano’s strengths all along.

Not so fast on the excitement!

Cardano’s ready for the next leg up. If ADA volume and excitement tell us anything, it is that when Cardano moves, IT MOVES! ADA very recently surpassed Solana’s market capitalization and is racing to enter the TOP 3 coins, AGAIN!

Everything seems to be working on the Cardano side. The network hasn’t had any downtime in over 1,500 days of operation, and 20 million transactions. But that’s not the entire story.

We know Cardano, and although data doesn’t lie, Cardano can always surprise us! Like in a big way. Progress is being made on Cardano, and DEXes will start launching their mainnet at an accelerated pace, which will drive more people to watch the first Cardano season unfold.

But…there’s always a BUT with Cardano. Patrick Tobler highlighted that the SundaeSwap is the best-worst event that could happen to Cardano, especially when the network reaches congestion level even without an active DEX. If SundaeSwap nails the release, then we’ll finally reach Carano Nirvana. But if not, it’s back to the drawing board!

Cardano’s already planning to address scalability. For example, the team has updated the node list and has increased the block size by 12.5% to allow more lines of code. And then there’s Hydra and the Mithril protocol, which morph Cardano into a super chain. But then again, it’s Cardano, and that takes time.

Time and time again, we emphasize how on-chain metrics and good fundamentals can turn the tide of a project like ADA, even when the market is against us. If the SundaeSwap launch goes smoothly and works, DEGENS should do the wise thing and follow the money train. If SundaeSwap truly gets it right, even after a few errors, then we can start doubling down on ecosystem tokens. Remember Fantom, frens!

The main takeaway is that rotation should not take place in an instant! We don’t think extreme Cardano euphoria will happen immediately, but some profits from other plays or stablecoins that are on the sidelines may be put back into the Cardano ecosystem.