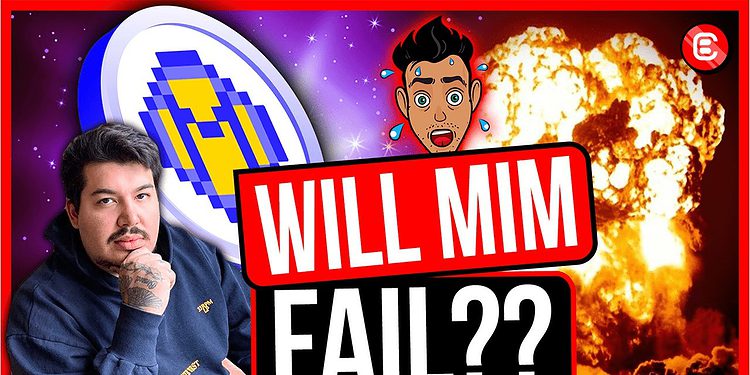 The Frogfather Part III: is this season finale for Magic Internet Money?

Wednesday was a disaster for the Frog Nation. Thursday was a nightmare. And Friday is setting us up for a nail biting weekend.

Wednesday was a disaster for the Frog Nation. Thursday was a nightmare. And Friday is setting us up for a nail biting weekend.

Here’s the situation as it stands at the time of publication.

The events of the past few days must have Daniele Sesta pretty exhausted.

But there can’t be much time for rest. He’s firefighting on all fronts.

Today, Daniele released another statement addressing the deep concerns in the Wonderland community.

The results of the vote (whether or not to replace Sifu) are looking definitive.

And he’s said he’ll avoid any further statements until the count is finalized.

But his real concern at this point, at least, is the anxiety circulating around Magic Internet Money (MIM), its ability to maintain its peg under stress, and whether a collapse could trigger a contagion event across the whole DeFi space.

In fact, Daniele keeps stressing this point: that Abracadabra (and Popsicle) are “independent”, and that anyone “Fudding $MIM is doing it for their own gains”.

Independent, yes, but the fiasco (and loss of trust) playing out right now is spilling over to a range of associated protocols.

As Tetranode suggests (see chart below), the MIM de-peg debacle shouldn’t be a concern, because it’s collateralized, and “overcollateralized stables don’t suffer the problem of depegs long-term”.

Simply put, MIM’s collateral-backed mechanics create the opportunity for arbitrage. When MIM does briefly lose its peg, arbitrageurs and bots take advantage – which is exactly how it’s supposed to work under stress. That makes this a pretty high-stakes, real-time battle test of MIM’s ability to weather extreme volatility.

Some might say it’s holding up well in spite of the circumstances.

Others are less convinced.

Either way, the fear, uncertainty and doubt surrounding the Wonderland fiasco have incited something of a chain reaction.

SPELL, the Ethereum token that governs Abracadabra money, has taken a beating, and MIM/3CRV pools are getting hit.

Alameda Research dumped over $525 million worth of MIM (at a loss), which only fuelled the FUD and speculation.

Crucially, it was spotted swapping MIM to UST!

Speaking of UST, Hsaka asked the question on everyone’s minds:

In the case of the former (overblown carnage), all eyes are on how a MIM catastrophe could specifically affect UST (and LUNA).

To understand how the pieces fit together, you need to get your head around the Degenbox strategy on Abracadabra.money.

Kanav Karia succinctly explains the relationship between MIM in this context.

In short, Degenbox is a kind of never-ending borrowing (and lending) loop that lets users maximize yield from Anchor Protocol by borrowing MIM against aUST. In the process, Degenbox swaps the MIM for UST, then borrows more MIM against the aUST… and so on and so forth.

Should MIM lose its peg for a sustained period, it could ultimately lead to significant amounts of UST being burned. This could negatively affect the LUNA price. It’s a big story, and deserving of its own article.

Which is exactly what we’ve got coming up.

Are LUNA holders getting jittery already?

Either way, there’s some serious degen action on Degenbox right now. As a litmus test, it confirms what we already knew: MIM is undergoing the ultimate stress test, exacerbated by a loss of trust. Investor confidence is plummeting (hopefully MIM doesn’t follow suit) and it’s crucial that something is done to restore said confidence.

MIM is undergoing the ultimate stress test, and it needs to survive it. The mechanics may be sound, but this is a question of confidence; both MIM and Daniele Sesta are being stretched here. To prevent a worst-case scenario unfolding, we need each of them to pull through and deliver on their potential. This goes further than our portfolios too: remember how Elizabeth Warren once mentioned Magic Internet Money in congress? A DeFi contagion is the last thing our industry needs right now. We believe this new generation of stablecoins represent finance 3.0, but the risk we all take on when investing is that they could theoretically lose the peg. We’ll keep you updated as this plays out. It seems pretty safe to say… to be continued!