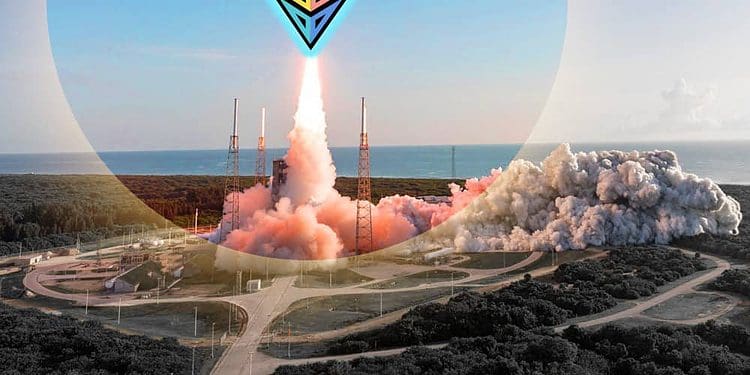 The market is up: Here’s which altcoins you should be buying… and it’s not what you wanted to hear!

If you enter the market now, today, after last-night’s impressive price action…you are retail.

We have been telling you to dollar-cost average (DCA) into the market ever since bitcoin broke its downtrend at the beginning of February.

But for anyone waiting for $20k… a gentle reminder of what happens when you try to pick a bottom. You get smelly fingers.

But in the unfortunate case that you find yourself fighting the FOMO (fear of missing out) having held out for lower prices, here’s what we’d recommend:

If you enter the market now, today, after last-night’s impressive price action…you are retail.

Market sentiment is on the turn. And it means we need to actively look for the right opportunities. The best of which will be found in altcoins.

The secret is not to ape in like retail.

On the journey to becoming a smart investor, sometimes the best strategy is to fake it until you make it!

Earlier this year, we wrote about what it means to be a market “cyclist”. In simple terms, it means learning to understand where in the cycle we are at any given time, spotting when one ends and a new one begins, and having the conviction to place your bets accordingly.

Where are we today?

The end of the previous cycle, as we’ve charted before, came with that break of trend in February.

It was, of course, a hypothesis, however, recent price action – and the new higher high – sees it now getting backed up with evidence.

And right now, it’s still bitcoin’s moment, as evidenced by the Bitcoin X Altseason chart (always worth keeping an eye one).

And just look how, historically, it bounces from one end of the spectrum to the other.

For a simpler visual aid, remember this well-worn but timeless cheat sheet?

Right now, we’re firmly in Phase 1. Yes, altcoins are showing strength, with some individual rallies (check out the charts for LRC, ZIL, and JPEG!) giving holders plenty to celebrate, but full on, market-wide alt season will take its cues from the king of the altcoins, ether.

All eyes will be on the key ETH/BTC and BTC.D (Bitcoin Dominance) chart in the coming days.

There are no guarantees in this game, but the chart has been coiling up, forming a long-term cup and handle pattern that could see a violent move to the upside.

So, which alts should you be buying today?

None. Well, maybe one. We’ll get to it later. And chances are you’ll be too scared to listen!

Anyway, while the market is hot, you should be finding the entries to execute on any upcoming pullback.

Buy the red, sell the green. It’s that simple!

As a tool to teach you, let’s look at two promising altcoins that we’re interested in securing entries for, should the right entries present themselves:

WARNING: The following sections will cause FOMO. Read the article throughout, and watch the show for a full picture.

Stargate is revolutionizing the way users and developers will interact cross chain. It is one of the biggest ideas we have seen recently in the world of web3.

And we are not the only ones to think so, as the protocol only launched on March 17, and has already amassed over $3.5 billion in total value locked (TVL).

Big minds are backing it, like Alameda Research, led by Sam Trabucco, who purchased all 100 million of the first round sale of STG tokens for themselves. And SushiSwap co-founder, 0xMaki,has joined the Stargate team, with a proposal set forth for SushiSwap to integrate Stargate.

The protocol allows you to own stablecoin rewards for being a liquidity provider, as well as earning governance tokens veSTG for staking your STG tokens.

It offers simplicity in the way it can be integrated by developers. They have solved the bridging trilemma, and they offer unprecedented security via the combined use of an oracle and relayer.

So, should we be buying it right now?

It was completely overvalued at launch. Buying at the beginning, you are just exit liquidity for those first token unlocks that early investors hold.

We need to wait for things to cool down.

Personally, we are looking to get Stargate under US$2.

The max supply of STG is 1 billion tokens, with 70 million currently in circulation. Each month, 7 million new tokens will be released into circulation through liquidity pool (LP) rewards.

Dollar-cost averaging (DCA) is always good, but as good as this token might be, we believe patience will pay off: we’re waiting for US$2.

If that day never comes, so be it: Exercising patience and conviction is the way to generate outsized returns.

On the complete opposite side of the spectrum, we have Solidly.

The Fantom community was kept waiting for the launch of Solidly, a decentralized exchange (DEX) on Fantom.

When Andre Cronje (super-smart developer) and Daniele Sesta (super-smart marketer/community builder) came together to build Solidly, it was widely praised as a match made in heaven.

Its launch was met with major buzz and huge expectations. Then… Fear, uncertainty and doubt (FUD) kicked in!

Following the announcement of the departure of Andre Cronje from the Fantom foundation, a large number of Fantom projects promptly tanked. Solidly was no exception.

Total value locked on the protocol went from over US$2 billion, to where it sits today at a mere US$377.91 million.

Game over for Solidly right? Looks doomed. Must be on its way to zero…?

Betting against one of the smartest and strongest team of developers in the space at the Fantom Foundation sounds like a play? Fancy yourself against their collective brainpower? We sure don’t.

If you want a real-life, real-time example of what buying the dip is in practice, this is it. It’s not a market-wide dip, but it’s a project that we believe, right now, is extraordinarily undervalued.

This is the billionaire’s mentality. Unless you learn to think like a billionaire, you’ll never, ever become one.

What else should I be doing?

Learn from the above examples, and adapt that thinking to every other altcoin on the degenish portfolio, which, we maintain, is a damned good bet.

Hopefully, you listened the first time. If not, ignore the tokens already up 100%. Focus on those tokens lagging behind.

Just as we’re waiting for a US$2 STG token, you need to set your targets.

And that doesn’t just mean making a mental note of it. Set those limit orders. The last thing you want to do is wake up one morning to see you missed your chance. Be smart. In a bull cycle, dips and pullbacks are quick, but bounces are even quicker.

We hate to say we told you so, but we did!

So, a moment of silence for the bears please.

In the meantime, now is either time to ride the next wave, or if you missed out, relax, practice FOMO management, and look for the next opportunities. Altcoins are poised to pump. Securing great entries now requires focus. It’s just going to take a bit more patience for those opportunistic entries on tokens that remain undervalued relative to the market.