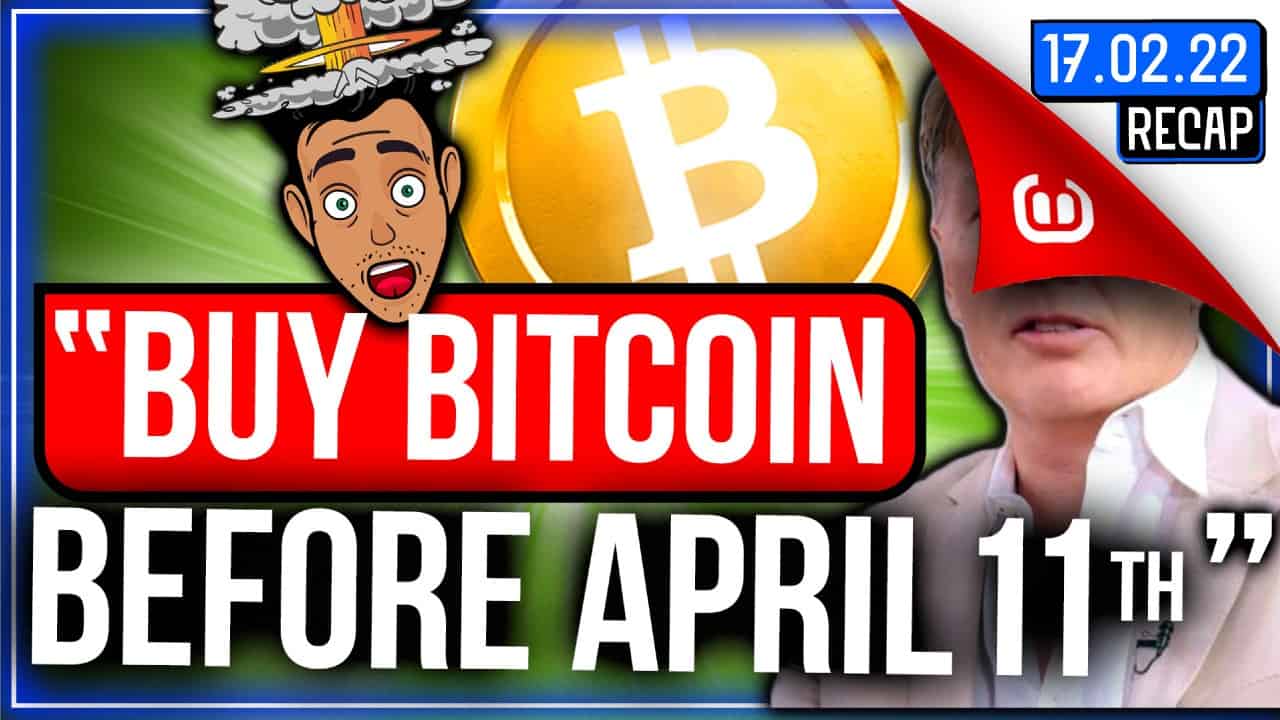 A new market cycle has begun, as evidenced by the fact that bitcoin has broken above its downtrend line. And now it could be coming to retest key levels!

A new market cycle has begun, as evidenced by the fact that bitcoin has broken above its downtrend line. And now it could be coming to retest key levels! There are important events on the horizon that will alter market dynamics. In today’s episode, Ran discusses the start of the next market cycle and what we should be looking for to avoid falling behind.

Charles Munger is salty….  Why wouldn’t you be irritated if you’re a major conglomerate and your company’s performance is this weak, and you’re apparently proud of not investing in Crypto?

As much as we admire Charlie Munger and Warren Buffet’s wealth, I don’t believe anyone should accept his financial counsel. The 98-year-old investor was wrong about almost every aspect of the tech bubble, including bitcoin and cryptocurrencies. He was also wrong about Apple, Amazon and Tesla.

Tensions between Russia and Ukraine are rising.

The situation between Russia and Ukraine is becoming increasingly tense. There was a story yesterday that Russia had withdrawn its troops from the border for training, and today there was an image circulating that showed a kindergarten being allegedly attacked by Russian forces.

What is unexpected, and what remains a mystery, is why the United States is so interested in the Russia-Ukraine confrontation. Russia made a few arguments today (source may be biased) about why the US wants a war in Ukraine.

Apparently, it’s all about the dollar in the end! Moscow has continuously rejected any intention of invading Ukraine, announcing that its forces are withdrawing from Russia’s border with Ukraine. However, the United States has appeared keen to persuade Russia to make such a move, from its frequent claims of an impending false-flag incident to its deployment of soldiers in Eastern Europe.

The US intended to restrain Russia, according to the site, because it derives its global power from its control of the US dollar, commonly known as the world’s reserve currency. Because of this privileged position, America is allowed to run up massive deficits that do not reflect America’s genuine productive capacity.

They went on to explain why large countries are starting to debase themselves against the US dollar, the world’s reserve currency. Russia and China, in particular, have reduced their reliance on the currency. Around 90% of their bilateral dealings were handled in dollars in 2015. However, since the commencement of the trade war between the United States and China, that number has dropped to 46% and is falling fast.

The United States requires countries to absorb the inflationary implications of its policies in order to keep the US dollar as the world’s reserve currency, which is only conceivable if other major financial powers continue to utilize it. Beijing promotes the use of its currency, the renminbi, in economic transactions, particularly as part of its enormous Belt and Road Initiative.

This was discussed in detail in a piece for RT DE (Germany) in April, 2021, entitled Nord Stream 2 – The real reason for the US government’s revulsion:

As the world’s reserve currency issuer, the US government is primarily concerned with one thing: the proliferation of the US dollar. This single fact is all one needs to truly understand US foreign policy.

“What does this mean in practice? It means that the US government, in collusion with the Federal Reserve (Fed), has the ability to print the US dollar at will… and can export its inflation to the rest of the nations of the world.”

Our thesis is that a new cycle has begun, so hop on your bike and get ready to ride! Bitcoin began a new cycle when it broke above its downtrend line and began climbing. The small drops since the current cycle began are just noise, and they shouldn’t be exaggerated because they are just bumps in the road. Riding against the grain is not a good idea!

If you agree with us, you should begin investing. Let’s talk about the facts and why we believe a new cycle has begun.

This new cycle is the outcome of a shift in narrative, as well as specific news that has transformed the market’s fortunes. Technically, the new cycle began on January 24th, and bitcoin broke the trendline on February 6th.

KPMG said that they have acquired bitcoin and ether in their corporate treasury, which was one of the breaking stories.

Could this be one of the driving forces? We believe so, but it’s not the only one. On February 9th, BlackRock, the world’s largest asset manager with over $10 trillion in assets under management, is expected to launch a cryptocurrency trading facility for its investor clients.

The most crucial news cycle that turned the market’s fortunes around may have been BlackRock and KPMG. This was further explained in the tweet below.

Furthermore, we are seeing a shift in the demographics of companies which are entering into the crypto space. The entrepreneurs who have been engaged thus far, such as Michael Saylor of MicroStrategy and Jack Dorsey of Twitter, are risk takers, and the pull of these huge organizations, which are conservative, is enormous.

The hot ball of money monitor weighs the average 7-day returns of crypto sectors efficiently. What we can observe is that the narratives we discussed are playing out beautifully in the recovery.

Gaming had the fastest recovery, smart contract platforms came in second, and decentralized exchanges (DEX) came in third. This money monitor indication tells us where money is flowing and how people feel about it.

The best recoveries were in gaming, smart contract platforms, file storage and DeFi DEXs, according to the one-month average sector return (which was a bad month overall).

Our thesis about this cycle is supported by the Pantera newsletter and here are some of the reasons why.

The newsletter noted that inflation is about 7.5% and the Fed funds are at ZERO! This is the first time this has happened, and what’s more remarkable is that everyone knows inflation is far higher than reported.

Even worse, today’s real rate of return on money is around 5.52%, which is a 50-year low. The Fed expanded its balance sheet by purchasing government bonds to send money into circulation. Additionally, in an effort to counteract inflation, they will begin tapering (the reversal of quantitative easing).

When the Fed continued to buy bonds, the bond market became overpriced. Now that the Fed has stopped buying and is now selling, bonds should be the last thing you’d want to touch. Indeed, you should be aiming to get out of bonds as soon as possible.

Where will the money go?

The Federal Reserve’s manipulation of the US Treasury and mortgage bond markets has resulted in a $15 TRILLION overvaluation of the market (relative to the 50-year average real rate).

Dan Morehead shared in the Pantera Capital newsletter that the markets’ reaction to the inevitable rise in interest rates is misguided (as evidenced by the January crash). He pointed out that the rates are not so bad for crypto and, in comparison to other asset classes, are actually very good for crypto prices.

When traditional macro markets fall, crypto tends to be associated with them for about 70 days, or a little more than two months, before breaking its correlation, according to Joey Krug’s newsletter.

He predicts that over the coming few weeks, cryptocurrency will detach from regular markets and resume trading on its own. But why is that?

One of the reasons is that crypto is still a small market, so things like the federal funds rate being 1.25% vs 0% don’t make much of a difference in a market which is growing exponentially, especially when it comes to decentralized finance (DeFi), which is already trading at low multiples.

A large number of DeFi assets trade at price-to-earnings ratios (P/E) multiples ranging from 10 to 40. And, according to Joey, they aren’t overvalued because tech stocks trade at 400-500x multiples.

Bitcoin’s four-year return is at the low end of its historical range, indicating that it is not overvalued. It’s also worth noting that blow off tops historically indicate the end of a bull cycle, which has yet to occur.

However, there was something which was mentioned in the newsletter that needs to be paid attention too. Bitcoin had a yearly return of about 100% in 2021, and it’s vital to remember that Americans have to pay taxes on their last year’s earnings.

This resulted in some of the crypto selling pressure, which was due on April 15th due to unforeseen tax positions. As a result, they will have to sell their coins before the deadline.

You must be aware of the market cycle and where it is headed. The hot ball of money indicator has come in handy in revealing where money is going in this new cycle, and where you should try to capitalize. Smart contract platforms, gaming, and DEXs are among the sectors where money is coming into the market, according to the indicator. The topic of meme coins is no longer a matter of discussion.

Before the US tax deadline, you must keep an eye on the price fluctuation. As Americans sell off part of their coins to pay taxes, another buying opportunity in bitcoin or other cryptos may arise.

There is a lot going on in the gaming sector, which represents about $175 billion in revenue per year, and a gaming portfolio will be built later during the Hustle show. So make sure you don’t miss it!