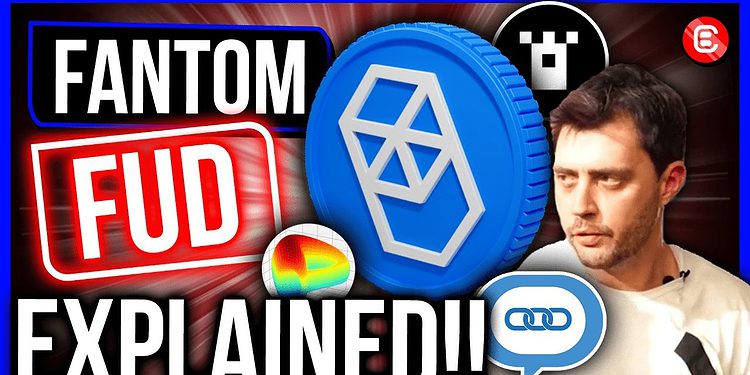 The state of the Fantom union

Andre Cronje is cutting ties, not just with Fantom, but a range of associated projects. In fact, he has suggested he’ll be stepping away from decentralized finance (DeFi) and terminating his projects. Hang on… Terminating?

Ah, November. A simpler time: Russia hadn’t invaded Ukraine, the US inflation data hadn’t been revealed, and a blow-off top bull-run was still in play.

And for Fantom holders, this weekend saw the surprise announcement nobody wanted to hear.

Andre Cronje is cutting ties, not just with Fantom, but a range of associated projects. In fact, he has suggested he’ll be stepping away from decentralized finance (DeFi) and terminating his projects.

When Andre Cronje (super-smart developer) and Daniele Sesta (super-smart marketer/community builder) came together to build Solidly, it was widely praised as a match made in heaven.

The new project would open another top-end DeFi stack next to the hugely successful TOMB project. And the community certainly felt that TOMB and Solidly were set to get Fantom back to its all-time high of $3.20, last seen in January.

Then @0xSifug-gate happened, which dealt a huge blow to Daniele’s reputation, leaving Wonderland and various other Frog Nation projects in a state of disarray. On top of all that, the Solidly user interface (UI) left plenty to be desired.

And Andre found himself in a predicament.

Developers love to develop. Coders love to code. They’re not renowned for getting kicks from community interaction, marketing, communication or selling.

What had sounded like a great concept – rewarding the Fantom stakers – turned into a nightmare, with a large number of protocols fighting for the top 20 spots. Long-term investors became infuriated, as some of the original protocols (like LiquidDriver) were losing out to newly created DAOs set up (in a rush) purely to capture a top 20 spot.

The frustration and anger in the community boiled over, and Andre was left to deal with it alone.

It’s not what he signed up for. From an outside perspective, Andre appeared to become increasingly erratic over the last few weeks, canceling his Twitter account, before announcing his resignation from the Fantom Foundation by setting an “end date” on LinkedIn.

The community was devastated, and the reaction was brutal. Market-wide uncertainty was already high, but this bit of bad news on a Sunday was a perfect recipe for a quick exit.

As per DefiLlama, the total value locked (TVL) has drained from the Fantom ecosystem.

Solidly, which had an incredible $2 billion in TVL just a week ago, has plummeted to $700 million and continues to decline on a daily basis.

Eyes are now the Fantom token, after it took an immediate beatdown. However, it appears to have found strong support in the $1.30 region.

Although we would not suggest selling your FTM right now, neither would we recommend aping to snap up some bargain-basement deals. The global economic outlook is not on our side, and it may be prudent to hang around and see how the situation unfolds.

What next for Fantom?

Our very own Miles Deutscher put it well:

Fantom is a global ecosystem. It does not, and should not, rely on one man.

LiquidDriver, SpookySwap, SpiritSwap, Beethoven, TOMB, Tarot and many others will continue to build and deliver for the Fantom community.

As Miles also pointed out during yesterday’s stream, Andre has not been involved in core Fantom development for some time, and this network (and its ecosystem) will continue to build and push DeFi to the next level.

Fantom gave an update on the updates coming to the chain, regarding storage and the much-anticipated Fantom Virtual Machine (FVM). This new update will offer Solidity compatibility, allowing for parallel processing, which could be a game-changer.

Surely a protocol that reached $2 billion in TVL cannot just be left to die a slow death. Not to mention other great projects like Yearn Finance.

Anton Nell’s announcement, with its use of the word “terminate”, seemed to be premature, and clearly was not well thought out.

Investors have a glimmer of hope, as Andre has indicated that it would be a “handing over” of projects, as per recent communications.

Crypto suffers no shortage of brains, and Andre has already received numerous public offers to take the reins.

With the recent Wormhole exploit, the Wonderland saga, and the Solidly debacle, we find ourselves at a pivotal moment for the DeFi space.

And it begs an incredibly important question: In a decentralized economy, should we be relying so heavily on specific “centralized” individuals?

Certainly, Andre’s exit has caused panic in the market.

Price and TVL are both plummeting.

However, at Crypto Banter, we are firm believers in investing in protocols, and giving them time to succeed.

We are not selling.

We are also not buying… just yet.