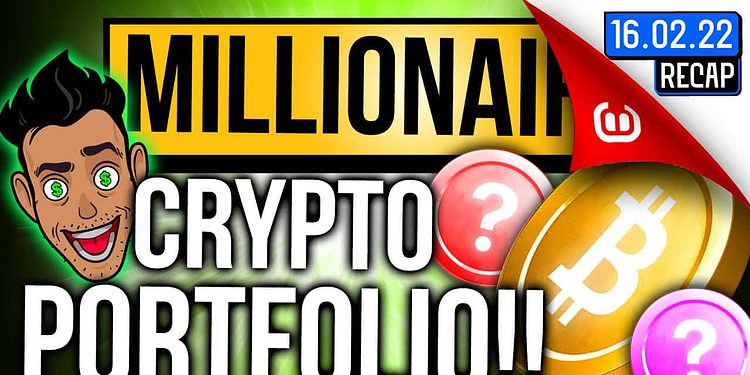 The ultimate altcoin portfolio to prepare for the next major move

As the market enters a new cycle, now could be a good time to deploy some capital. That doesn’t mean going all in, all at once. It means deploying slowly into the right tokens

Cyclists, be ready. It’s time to get on the bike.

As the market enters a new cycle, now could be a good time to deploy some capital. Especially when it feels uncomfortable. If you wait until it feels too comfortable, then you could end up jumping on the bike too late into the race.

That doesn’t mean going all in, all at once. It means deploying slowly into the right tokens; building a portfolio that will thrive in a bull market, and survive a bear market intact.

And it’s exactly what we have for you here. A moderate risk, well-rounded portfolio that captures a wide range of different sectors.

Let’s break it down.

Allocate according to narratives

Ran didn’t just throw darts at a board here. Instead, he crafted this portfolio based on gaining exposure to the key narratives we believe will play out across the next 12 months and beyond.

It’s still the daddy (or grandpa). The ‘digital gold’ narrative is gaining traction, especially in light of recent global events, which could explain why BTC has held up so well against an onslaught of geopolitical and inflation Fud. Plus, as nation-states and companies begin exploring Bitcoin as a treasury asset, its risk profile is shifting. Bitcoin is a mainstay. Even for degens!

We’ve said it before and we’ll say it again: Bitcoin aside, Layer-1s are the safest bet in crypto – the world needs Layer-1 power! And the range we’ve selected encompass a comprehensive range of key narratives:

You can’t play the Layer-1 smart contract narrative without having Ether in your portfolio!

Likewise, you’ve got to have some Solana exposure. If there’s a real competitor to Ethereum, it’s this. It’s lightning-fast, cheap to use, and could prove to be the blockchain of choice for crypto gaming. No. Brainer.

What more can we say about Luna. It’s winning the payments narrative, and it survived the stress test of the UST Fud and Anchor Protocol reserves saga.

Currently sitting around $55, and Ran’s tinglies are telling him another Luna season could be on the horizon. Luna has no meaningful competition in the payments narrative, and its incredible rise looks set to continue.

Avalanche is looking strong, as per our recent article. The number of gaming projects and dApps being developed on the EVM-compatible chain is huge.

Avalanche on-chain transactions have recently been catching up with Ethereum, evidence of the chain’s increasing traction. Wen moon?

We love Fantom, but we’ll admit, it’s probably the riskiest of the major Layer-1s. And that’s because it’s still a relatively new kid on the blockchain. But it also promises the greatest upside potential of the major Layer-1s. With over a million transactions per day on the Fantom network, FTM belongs in everyone’s portfolio, degen or otherwise!

Moonriver is the most affordable, high-quality Layer-1, and as Ran put it, has the potential become ‘the people’s chain. EVM compatible in the Kusama ecosystem, Moonriver has a marketcap under $1 billion. The token is a punt and a risky bet, but if it gets widespread adoption, the upside potential is huge.

Only one protocol does what Arweave can do, and that protocol is… Arweave. Users can store their on-chain data (or a blockchain) like NFTs forever, and it only takes a one-off payment. It’s a big deal.

If you want to be a part of the interoperability narrative, there are two leading bets. The Polkadot or Cosmos ecosystems. Both are good. But we’re going to go with Cosmos here, the reason being that Polkadot requires projects to establish a substrate within Polkadot, whereas Cosmos has the SDK system, allowing external dApps to be integrated.

The ultimate privacy narrative, Secret Network is a must. Check out our article on it here. The network performs computations on encrypted data, giving smart contracts and public blockchains a layer of secrecy. In addition, a surprise game is launching, and they’re bringing a great NFT collection project as well.

If you’re going to pick a Layer-2, Immutable X is a great contender, and our top pick for this portfolio. Built on StarkNet, the protocol is mostly utilized for NFTs, gaming, and the metaverse. It’s struck huge partnerships with the likes of Illuvium, Ember Sword, Gods Unchained, and SuperFarm. Once all of the projects collaborating with them are finalized, the chain’s volume will speak for itself.

Fuse is down massively from all-time highs and is probably oversold. If it’s too degen for your appetites, go with Rune!

This powerful cross-chain protocol is still highly undervalued at these prices.

The biggest DEX in the Avalanche ecosystem, and if you believe in the chain, you want to be in TraderJOE. Check out our article for an explanation about some new and exciting updates.

Astroport is the Luna ecosystem’s answer to TraderJOE. After weeks of slumber, the token has begun to awaken and is going in the right direction. It’s the most popular DEX on LUNA right now, and it’s a no-brainer to add to your portfolio.

This is one you need to pay attention to because it allows users to hide their wallet addresses when making transactions. If you don’t like the privacy narrative, then here’s another option – a DeFi stablecoin…

The tech behind UXD is next level: it’s a stablecoin algorithmically backed by a delta-neutral position. That means UXD maintains its peg to the US dollar by harnessing derivatives contracts. It could be the beginning of a whole new generation of stablecoins.

The mystery of a decentralized options (derivatives) platform, and a narrative we have to pay attention to. The decentralized derivatives solution remains unsolved, and there are few projects in the works, but with its first-mover advantage, DOPEX could turn out to be the ultimate winner.

It’s definitely worth having a social media play in your portfolio, and BBS is the smart choice right now. Despite the popular perception that BBS is not currently accessible for purchase, the token is available thanks to the Copper Launch auction.

The current price levels of the token are reassuring because tokens typically start out on the high side when they initially appear on Copper before gradually falling. Fortunately, you can now get the token for about 70% off at the Copper Launch auction.

Ultra (UOS) is a no-brainer of a game distribution platform, and you should consider it if you want broad exposure to the gaming narrative.

Projects with utility are debuting on the platform, and if you add Ultra to your portfolio, you’re not betting on just one game, but a platform slated to launch over 25.

A good place to start if you want to invest in gaming projects that are currently undervalued. But with some big news coming out imminently, don’t chase the pump!

Also a good place to deploy to if you’re looking for a project that you won’t have to worry about for the next few years. Gala Games’ studios are already established, and their initiatives will expand in the coming years.

If you want metaverse exposure, Wilder World and Victoria VR could be worth a look at. Wilder World has a large market capitalization and significant partnerships with firms such as Dell, whereas Victoria VR is a smaller project with a lower valuation.

Investing in the metaverse narrative’s winners will lead you to The Sandbox and Decentraland, but The Sandbox is the hot pick because of the quality of projects (and corporations rushing to pick up some LAND!

And there you have it, the degen(ish) portfolio. Just remember, these aren’t calls for a quick flip. This is a HODL portfolio (for at least 12 months). If our thesis changes, we’ll let you know, but until then, these are tokens we’d expect to hold through this cycle and into the next. It’s a great blend of blue-chip, low-risk plays and some riskier tokens, encompassing almost all the major narratives we’ve spoken about in recent months.