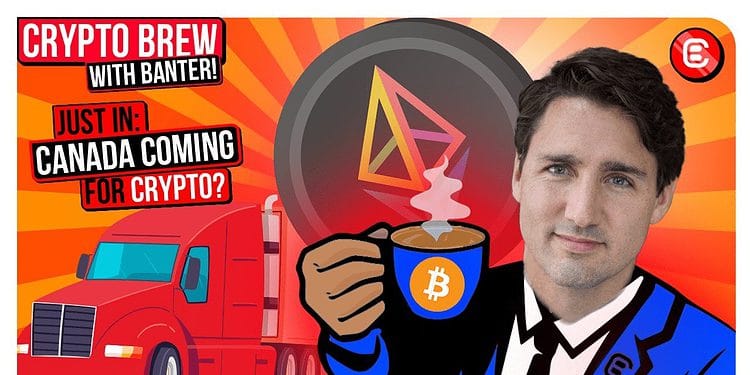 The world is looking like a rolling commercial for Bitcoin and decentralized technology!

Will Russia invade? US intelligence says yes, but the true answer may be unclear. Meanwhile, Canadian PM Trudeau is curtailing personal freedoms in the name of "terrorism", and Biden ignores the giant elephant in the room.

Will Russia invade? US intelligence says yes, but the true answer may be unclear. Meanwhile, Canadian PM Trudeau is curtailing personal freedoms in the name of “terrorism”, and Biden ignores the giant elephant in the room.

What does it all mean for crypto?

It’s rumored CIA officials met with President Zelensky to forewarn the president of a preceding invasion but refused to share gathered intelligence. Afterward, President Zelensky of Ukraine addressed the nation and just about declared Wednesday, Feb 16th, the supposed “day of the invasion”, as a national holiday.

Shortly afterwards, the presidential aid unclouded the situation by emphasizing the irony of the public address.

Canadian PM Trudeau just topped all the great crypto-related Super Bowl commercials by releasing an amazing ad for crypto by authorizing the “Emergencies Act” to freeze all payments (crypto included) received by the Tucker Protest in Ottawa.

Whether the trucker protest is justified or not, questions arise whether the far-reaching hand of the government should possess the right to suspend civil liberties.

Talking of crypto ads, any idea of what US President Biden had to say about the Super Bowl ads?

Really, Mr. President? Maybe he was sleeping for most of the game, but that’s one way to tiptoe past the giant sleeping elephant in the room named crypto.

Are the crypto markets worried? Not so much; let’s take a look.

Bitcoin (BTC) rebounded after four days of downward action. Notably, volume increased as traders bought the 42k support and raised optimism of a continued overall uptrend. Bitcoin closed the day at 43.6k, up 2.56%.

The crypto markets aren’t buying the Ukraine invasion fear uncertainty and doubt (FUD), and a few signs of bottoming are materializing. We dare not proclaim an invasion will be avoided, but there grows ever-increasing signs of governments manipulating the rhetoric. Meanwhile, the Prime Minister of Canada helped us all by spearheading the finest crypto advertisement of the year. Oddly, the fire that is crypto continues to be fanned by those who want it extinguished.