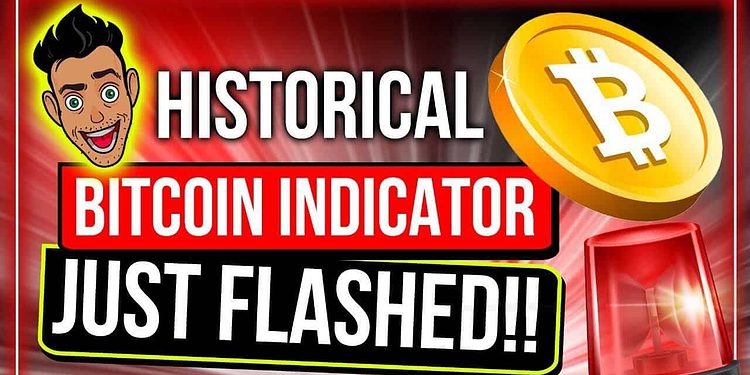 Bitcoin is crazy! Crazy, we tell you. It's like it's following a pattern of what goes up must come down - at least in the past couple of months. Why? As you know, Uncle Sam messed with this thing called inflation. And Bitcoin's buying it when it really shouldn't!

Bitcoin is crazy! Crazy, we tell you. It’s like it’s following a pattern of what goes up must come down – at least in the past couple of months. Why? As you know, Uncle Sam messed with this thing called inflation. And Bitcoin’s buying it when it really shouldn’t!

As it stands, there is a correlation between Bitcoin’s price and the US Treasury 10-year yield (US10Y) because Bitcoin is considered a risky asset. If one goes up, so does the other. If this is just a bit confusing for you, anon, let us enlighten you!

Here’s an elevator pitch on bonds and yields, so we’re all beating the same drum. Bonds are simply debt securities issued by the government as obligations to support government spending. Yields on bonds are the fixed interest paid by governments.

In short, you’re lending money to the government, and they’re paying you interest. US10Y has a maturity of 10 years and is paid out every six months. So now you’re rolling in the big leagues. But how does that play into Bitcoin?

Bitcoin is a RISK-ON asset. So when yields increase (and they have been) then investors (not you ANON, the big guys) rotate their capital into higher risk investments because bonds are going down. Inflation numbers are going off the roof at 7.1%. On top of that, the US10Y is 1.82%, so you’re losing money.

Where’s Bitcoin in all of this?

“This time is different.” “The market is not the same.” It’s a common crypto Twitter narrative that becomes true every now and again.” (Groundhog Day, anyone?). Historically, the US10Y has provided an indicator of where Bitcoin is headed, because investors view the US10Y as a fortune teller. It indicates where money should be going, given macroeconomic indices.

In 2022, Bitcoin is going against the current for the fourth time in history. In 2016, Bitcoin prices rose despite the US10Y going down.

In 2018, Bitcoin was going through a rough patch (sorry Bitcoin). Yields were increasing while Bitcoin’s price was trending downwards.

Finally, in 2019, Bitocin started to rally, even though yields were falling off a cliff. So what gives?

Game of Trades (thanks for the overview!) guided us through the BTC/US10Y deviations that have occurred over the past 10 years. And now it’s happening again! Yields have continued to rise while Bitcoin continues to drown in sorrow.

Is there a silver lining in all of this, or are we bound to face crypto music alone? Bitcoin could go either way. However, given there are few indicators of a new lockdown or another COVID-19 variant, Bitcoin should follow the trend line and lead to a breakout. Something everyone’s been waiting on for AGES! (A crypto age is about a month, maybe less, for the record.)

Bitcoin follows smart money. If Bitcoin is indeed an inflation hedge, we will see it skyrocket because no CPI data could dent its price. Bitcoin has proven that it can go against macro trends, and this could be the fourth time it’s happening. However, if this ends up being a coin toss, Bitcoin could decouple from the trend, or it will play catch-up and ignite a new market rally.

Don’t be bearish JUST yet! The market’s been in extreme fear for most of 2022, and investors’ behaviors are still rooted in macroeconomic principles. Smart money still follows Bitcoin when bonds and RISK-OFF assets are not making investors happy!