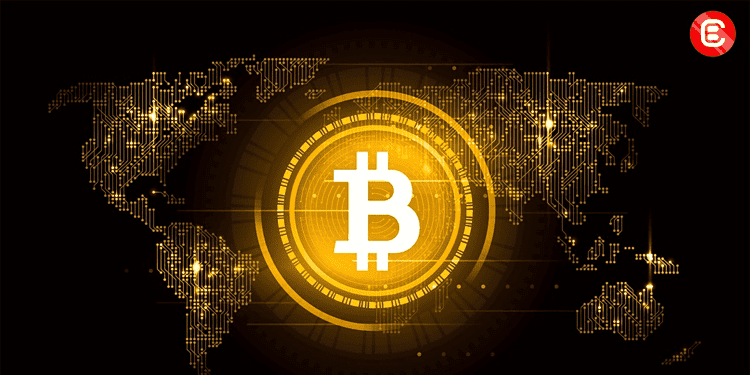 This is how the next billion people get into crypto

Everything will be regulated out of existence. Crypto will go into the dark ages of the internet where digital currency is only transacted anonymously in the peer-to-peer shadows and on decentralized exchanges.

The fun times are over.

Everything will be regulated out of existence. Crypto will go into the dark ages of the internet where digital currency is only transacted anonymously in the peer-to-peer shadows and on decentralized exchanges.

There was never a future for digital assets, it was a one-time sensation, a scam, a Ponzi. It deserved to be regulated to death… This is the reaction, of course, that dummies are having.

In reality, the short-term effects of these proposed regulations are going well, but in the long run, this is the first step towards whittling down the ecosystem as a whole. Here’s my immediate takeaway:

Crypto is on the cusp of going completely mainstream, but everything won’t come along for the ride.

Here are the top projects, other than Bitcoin and Ethereum, which will be impacted most in the upcoming months.

Besides being built on Ethereum, the “metaverse” is also being constructed on Facebook, Microsoft, Nvidia, Roblox and Valve.

But what is the metaverse?

Can you apply Sweet Baby Rays to meats that you are smoking in the metaverse? As it stands, the metaverse is nothing but hype.

The word “metaverse” is synonymous with “the current state of cyberspace.” It’s a buzzword.

Mark Zuckerberg himself made this clear in a recent interview with MIT professor, Lex Fridman, saying that the metaverse’s “debut” isn’t a specific application, but a time when our current virtual reality apps are high-resolution and efficient enough to replace the apps we currently use.

However, when it comes to regulating the metaverse, the government should act sooner rather than later. Hear me out.

They shouldn’t regulate it out of existence, but perhaps with close collaboration, we can get a metaverse Department of Motor Vehicles (DMV) or maybe a meta-public school class for cryptocurrency.

I don’t invest in metaverse projects like Decentraland, The Sandbox, Meta, and Axie Infinity, but they will be something fun to do down the line — especially if the government can incorporate some of the mundane parts of society into them and make the metaverse useful overall.

Monero and other privacy coins, which are cryptocurrencies that hide all of your personal information (bitcoin is not a privacy coin), will be under a lot of fire from the government.

The government cannot regulate something they can’t control. And at the moment Russians are flooding into Monero as it’s the safest asset for them to hold short term for the foreseeable future.

Monero and other privacy coins may continue to see huge pumps, but they also might be delisted from Kraken and other crypto exchanges via executive order.

Stablecoins vs. digital US dollar

Japan’s “Killing Stone” monument, said to contain an evil spirit for thousands of years, has split in half…

Oh — also they’re creating a digital dollar. No surprises there.

The only other country with a standardized virtual currency is China — and their digital Yuan has turned into a centralized mess.

With a nationalized virtual currency, we can significantly speed up our global financial system, but it also opens up the possibility of the government freezing your funds if you do something “wrong”.

That isn’t tinfoil-hat talk, it’s exactly what they do in China, and what they did recently in Canada during the Ottawa trucker protest.

The digital dollar will be a centralized coin and all transactions will be monitored. The government likes the idea of getting rid of cash because cash transactions aren’t tracked.

Stablecoins — crypto’s decentralized version of the dollar — weren’t mentioned by name by Biden, but I have a hard time believing they won’t receive heavy regulations in the years to come.

According to a report from Pew Research Center last month, the top three voter concerns are the economy, healthcare costs, and the COVID-19 pandemic, with neither cryptocurrencies nor crypto regulation making the list.

This is good news for Polkadot and Cardano, the two largest decentralized smart-contract platforms behind Ethereum.

Both platforms have run into problems over the past year that they need to course-correct; whether it’s Cardano which had an application that scammed another out of millions or Polkadot which has suffered a couple of network hacks over the past year.

When regulations finally do come, the most popular projects with the least amount of visible issues will survive — tightening the space overall.

I pretty much despise the government, whether it’s Trump, Biden, Oprah or Dwayne “The Rock” Johnson (maybe that last one would be cool).

But these regulations will protect you.

Maybe we won’t get something like FDIC insurance (Federal Deposit Insurance Corporation), but let’s hope for added safety measures so that investors don’t fall into the common traps of cryptocurrency.

“Regulation paves the way for thoughtful national crypto regulation that will allow builders to build onshore and ensure that the US remains a leader in crypto.”

The only way that big money continues to pour into crypto is through regulations.