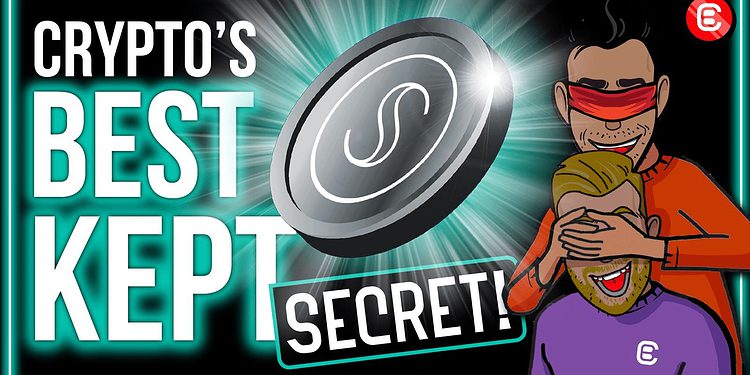 Privacy in crypto is a well-disguised illusion. Adoption comes at a price, and its monetary exchange lacks transaction anonymity. Who are we kidding? If Bitcoin was ever private, it was before 2013. Essentially, privacy's been thrown out the window. Not literally, or has it?

Privacy in crypto is a well-disguised illusion. Adoption comes at a price, and its monetary exchange lacks transaction anonymity. Who are we kidding? If Bitcoin was ever private, it was before 2013. Essentially, privacy’s been thrown out the window. Not literally, or has it?

Pre-2022, we degened into privacy as a hot narrative of the year. Decentralization is developing at a lightning-fast rate, and demand for private trade has become even more important for both retail users and institutional traders.

Before, it was about keeping things hidden. Now, it’s about preventing somebody from seeing your assets.

If there ever was a time to keep a secret, this isn’t it! Let’s dive deep into crypto’s best-kept.

Secret Network (SCRT) has obtained US$400 million in funding to help build its ecosystem. The highlights reel: OG crypto investment firms like Alameda Research and DeFiance Capital are among the initial backers! This is HUGE!

So why did they invest? Firstly, Secret Network could be the privacy bomb 2022 needs. It might sound a bit harsh, but us degens need privacy not only for P2P transactions but also in DeFi, NFTs, and even Web 3.0 interactions.

Secret Network is a new Layer-1 blockchain built using Cosmos’s software development kit (SDK) that uses a Tendermint Byzantine fault tolerance (BFT), allowing permissioned or permissionless on-chain transaction privacy. And it’s LIVE! The network’s activity has been going off since it launched its main net in 2021.

The Banter thesis of an optimistic ecosystem follows a pattern, and Secret Network has already reached two milestones. First, developers have already joined the network – transaction data shows activity on Secret has been steadily increasing.

Second, active wallets addresses arefollowing developer activity. Remember Fantom and Luna, and you’ll see the correlation. Or does Ran have to call another crypto to make it obvious? We’re actually calling this Layer-1 privacy blockchain, THIS EARLY!

Large capital inflows into the ecosystem have one goal and one goal only! To expand and boost application growth on Secret Network and pique the interest of privacy maximalists and developers. Because with significant capital comes great innovation pushing Secret towards its third adoption catalyst – applications. Oh, the many applications! But how do you encourage network utility?

Every now and again, a sprinkle of hype adds value to a developing ecosystem. Secret Network hit a home-run with Tarantino’s Pulp Fiction NFT release which caused a bit of, erm, unwanted drama. On the other hand, the lawsuit initiated by Miramax was a blessing in disguise for Secret Network as SCRT rallied by 35%! And still, the NFT release is imminent. Wonder if it’s going to be private after the lawsuit is over?

Crypto in 2022 will be just like a Tarantino movie – and it will have the cult following to match. Secret’s young ecosystem has a lot of room to grow. We mean, talk about being early. The US$175 million accelerator will support growth across key sectors such as DeFi, NFT, and Web 3.0, and give more gas to the privacy machine in 2022.

Privacy is hot in 2022, there’s no denying that. Privacy’s tied to the idea of decentralization, and a Layer-1 protocol that serves both could be a match made in crypto heaven. It’s an open invitation to devs, which could unlock the floodgates for an influx of privacy-oriented dApps.

With the recent funding by some of crypto’s investment firms – OGs like Alameda Research and DeFiance Capital – we can expect Secret Network to roll out new applications in the coming months.

As that takes place, the smart money will enter the ecosystem, ticking the third milestone of our investment thesis – application development – and initiate the process of locking value into the ecosystem. We know what comes next, right?

So we believe a privacy play is due for 2022. And having a Layer-1 that addresses industry issues should be closely monitored for some degening down the line. But, you know, DYOR too. Can’t leave it all to Ran to call, can we?