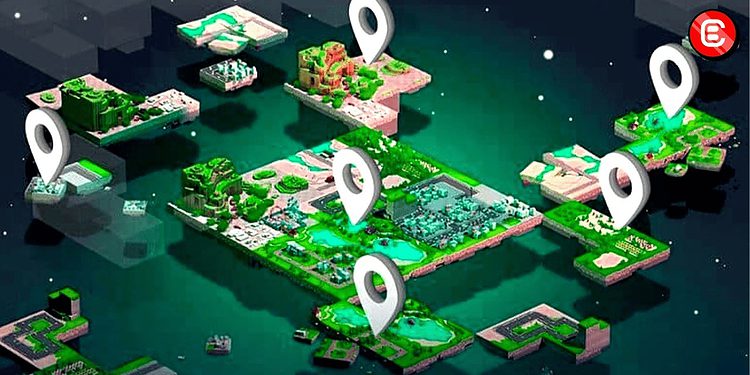 This new metaverse could be massive. If you’re going to ape in, here’s what you need to know

The Sandbox has announced a partnership with banking giant HSBC.

It’s been a busy 24 hours for metaverse developments.

Yuga Labs, creators of world-famous NFT collection, Bored Ape Yacht Club (BAYC), has just made a major announcement: It intends to build a unique, MetaRPG gaming metaverse, and will be launching this new venture with the sale of 200,000 plots of land within MetaRPG.

In the meantime, The Sandbox has announced a partnership with banking giant HSBC.

Investment bank, Goldman Sachs, is bullish on the metaverse. So much so, it suggested it could become an 8-trillion-dollar asset.

Even more bullish was the fact it actually thought clients would actively want to hang out in its “virtual lounge” in Decentraland.

Nonetheless, it was a statement of intent, and the world paid attention.

Today, it’s global bank HSBC’s turn to enter the metaverse, with the announcement of a partnership with The Sandbox, in a bid to drive customer outreach in the metaverse.

But that’s not the only big news picking up some Twitter buzz.

Yuga Labs created one of the biggest non-fungible token (NFT) collections and communities to date (Bored Ape Yacht Club), and in so doing, helped to catapult the NFT and metaverse industry into the mainstream spotlight.

Today, it announced plans to take things even further with its very own metaverse, “MetaRPG”, which will integrate with BAYC NFTs as well as a range of other collections.

And it’s hoping to sell 200k plots of land within this new metaverse, and as a result, raise an estimated $178m. That’s not all. It will also be releasing a currency for use within MetaRPG called APECoin.

Is the MetaRPG FOMO justifiable?

The hype is real, and the fear of missing out (FOMO) is strong. Yes, Yuga Labs have a track record of success, but building an entire metaverse is a huge undertaking. Especially if you want to do it well.

Before deciding to APE into the MetaRPG land sale, ask yourself the following questions:

Anyone can build a game in a weekend.

To develop a good one, it takes years.

Rome wasn’t built in a day, and neither will MetaRPG. If it is, you should be worried.

Nonetheless, early land buyers of successful metaverses stand to make fortunes. Those left holding unwanted land of the failures stand to get “rekt”.

A brilliant thread by Mason Nystrom spells out the two opposing camps in what he describes as “The Digital Land Debate”.

It’s not the land that holds value, because it’s not like you can actually live there. Instead, value is derived from the attention generated within them. In this sense, virtual land is more like a digital billboard.

With greater numbers comes greater value: All it takes is one successful game or platform within these virtual worlds, and the next thing you know, an entirely new, highly valuable business model is born.

And landowners, if they’re fortunate (or smart) enough to be in the right place at the right time, will be able to rent out their plots for massive returns to those companies hoping to secure a spot and compete for users’ attention.

And then, there’s the bearish scenario, where landowners find themselves sitting on pointless plots of pointless land.

As Mason describes it, there is a major difference in the network effects of physical land and digital land.

Real estate and brick-and-mortar businesses are valued on where they reside.

In the virtual world, such valuation structures do not yet exist.

Legal entities would not even know where to begin when evaluating a location.

Furthermore, the scarcity of digital land, which makes it so valuable, may end up kneecapping its growth.

Further, there are computational limits on how many users can actually enter the virtual worlds simultaneously… for now.

Lastly, attendance on digital land is contingent on experiences. Without new experiences being created, players will have no reason to stick around, let alone return.

Ultimately, Mason concludes that “the debate is not whether digital space is valuable. After all, internet ads are simply rented billboards on websites – the ownable real estate on the internet. The question is whether scarce digital land will accrue long-term value.”

Do your own research (DYOR)!

The NFT and gaming metaverse narrative is alive and well, with plenty of gas in the tank.

First movers may stumble, bubbles will burst, hype will die down, but the winners will win big:

With attention accrued on digital land being translated into advertising opportunities for businesses, this potential is almost unlimited.