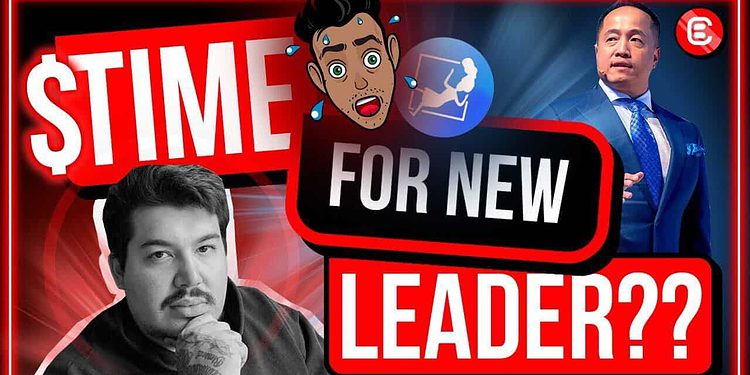 TIME up for Wonderland? Or TIME for a new leader?

Amidst all this FUD, the fate of Wonderland (and it’s affiliated projects, especially Magic Internet Money) was left hanging by a thread.

It’s been a miserable week in Wonderland.

First, the TIME token tanked after a late-night liquidation cascade.

Then, within twenty-four hours, the Wonderland Treasurer Sifu was exposed as being Michael ‘Omar Dhanani’ Patryn, a convicted felon with a track record of (possible) embezzlement and (confirmed!) identity fraud.

To further complicate matters, it also turned out that the Frog Nation’s unofficial leader, Daniele Sesta, had been aware of his associate’s dodgy history (and had decided to give him the benefit of the doubt).

Amidst all this FUD, the fate of Wonderland (and it’s affiliated projects, especially Magic Internet Money) was left hanging by a thread.

And now, a(nother) surprising decision from Daniele has thrown into question not just the future of the project, but the very nature of DAOs themselves.

When Daniele put Sifu’s future with Wonderland up for a vote, the community was emphatic in its response. 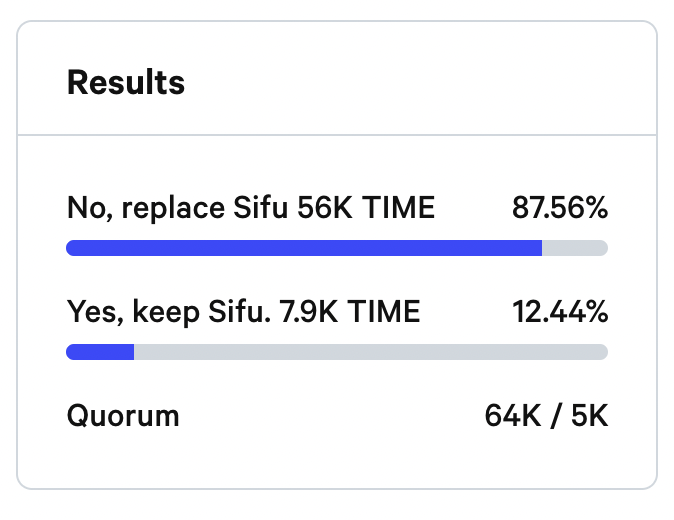 But a vote to wind down Wonderland and “return the treasury back to its holders” proved more divisive:

Nonetheless, the community has spoken. It may not have been quite as united as when the matter of Sifu’s future was in question, but still: 55% of voters responded with a NO, suggesting the majority are in agreement – find a solution and keep the project alive.

Because Daniele Sesta then made an unexpected (and seemingly executive) decision. In a surprising tweet, he suggested that Wonderland was a failed experiment, on the cusp of being shut down.

Hang on a second. Something doesn’t add up. Or perhaps Daniele simply can’t count.

Route 2 FI was quick to respond to Daniele’s tweet:

This goes beyond fairness.

It also speaks to the very nature of DAOs themselves. After all, if governance is distributed to the community in theory, but is overruled in practice, then frankly, what’s the point?

Clearly, something needs to be done. And fast. Not just to bring Wonderland back from the brink (and to restore the community’s faith in its leadership), but to prove the value and integrity of DAOs to the space as a whole.

Fear not, Banter Fam. And fear not, frogs. It’s not official (yet), but Harry Yeh might have thrown his hat into the ring. And let’s face it: who better to take the reins and put the ‘wonder’ back into Wonderland?

In case you’re not up to speed, Harry’s reputation as the best business brain in DeFi is second to none. His achievements with Tomb.Finance speak for themselves. For context, check out our deep-dive on $TOMB and $TSHARES here. It’s the best guide you’ll ever read on the subject!

With Harry’s name in the mix, Ran conducted a Twitter poll to gauge the sentiment on Harry taking over Wonderland. Unsurprisingly 69.9% of respondents voted YES! Seriously. That’s a number you simply couldn’t make up. And it’s a pretty emphatic response.

Let’s see how this plays out in the coming days (and rest assured, we’ll keep you up to speed). As far as we’re concerned, Harry would be an exceptional replacement to either take the reins (and make Wonderland great again!), or come in as a special advisor!

Daniele must be stressed to the max

Daniele is a pioneer and one of the brightest operators in the space. But everyone has their limit. Perhaps he’s been spinning just one too many plates recently, and unfortunately, it’s the Wonderland community that’s suffered the consequences. Still, we trust he’ll do the right thing; that means respecting the vote, respecting the DAO, and either taking a step back for the benefit of the community he worked so hard to build, or stepping up to restore the faith.

Whatever happens, it seems the uproar (and outreach he’s received from the likes of Harry, and we can assume many others) have inspired him to do what he probably should have done in light of the DAO vote.

This morning, Daniele suggested he was working to find a solution and ‘weathering this storm’.

DAOs represent one of the most exciting, empowering, and democratizing innovations in blockchain technology. They must be respected (and protected) at all costs. Handing governance over to the community is a cornerstone of decentralization. Disregarding the outcome of a vote, and making an executive decision in spite of the results, is a disaster.

Something must be done. Whether it’s a leadership change, or bringing some new, experienced (and fully doxxed!) voices to the top table, it might be exactly what Wonderland needs to move past this saga and bring the ongoing FUD to an end!