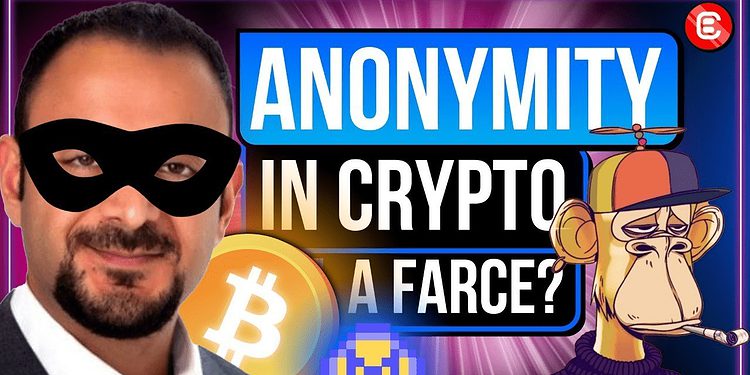 To dox or not to dox, that is the question!

In the 2008 whitepaper he authored, Satoshi Nakamoto argued for a decentralized financial system that involved peer-to-peer transactions protected by the blockchain, and barring third-party involvement (in this case, the government, banks, and what have you). However...

Conversations around anonymity as one of the many perks of the ever-growing crypto space continue to spring up in many circles. While certain crypto natives argue that anonymity in the industry is sacred and should be honored, others, like me, advance convincing reasons as to why it is unworkable, despite the fuss around decentralization.

In the 2008 whitepaper he authored, Satoshi Nakamoto argued for a decentralized financial system that involved peer-to-peer transactions protected by the blockchain, and barring third-party involvement (in this case, the government, banks, and what have you). However, it appears that Satoshi failed to account for certain conditions in his whitepaper, which serves as the building block for the crypto infrastructure in play today.

One of the fallouts of the Satoshi-led decentralization is anonymity- of the parties involved in transactions. They are only represented by a public address (a string of letters and numbers), which does not provide any leads on their real identities. Fair enough! At least Satoshi and his faithful think that this financial model beats the centralized type, riddled with government control and lack of privacy. However, it is unlikely that they ever factored in the downsides to this coveted anonymity, perhaps due to the belief that everyone would, in good faith, work towards phasing out the legacy financial system and building the decentralized system.

More than a decade since the release of the revered whitepaper, there are indications that the promise of anonymity might be a ruse created to attract mob attention to a cause that rebels against governments and their century-long control over the financial helm. Or maybe Satoshi didn’t think the idea through before preaching it.

The crypto industry has come a long way, growing fast to accommodate many innovations, including decentralized finance (DeFi) and non-fungible tokens (NFTs). Amid the growth and adoption we have witnessed, we have also seen that crypto natives might just be paying lip service to anonymity. Recent events in the crypto community have proven so.

The crypto community on Twitter awoke to a rude shock when facts came to light that the treasury manager of Wonderland — a DeFi project led by Daniele Sestagalli in partnership with software developer and DeFi contributor Andre Cronje — was the same person as the co-founder of the defunct QuadrigaCX, a Canadian crypto exchange which closed shop in 2018, leaving investors with losses in millions. The difference was that he adopted a pseudonym (OxSifu), a perfect cover for his real name — Michael Patryn — and his past activities, including a conviction for fraud in the US under yet another pseudonym, Omar Dhanani. Patryn’s pseudonymity was not a problem until he was doxed.

When blockchain sleuth Zachxbt disregarded the sanctity of anonymity and looked into the profile of OxSifu, aka Patryn, aka Dhanani, emerging with the startling revelations, it did not matter to the crypto community that he crossed the line.

Although Zachxbt was partly driven by a compelling need to satisfy his curiosity (perhaps he couldn’t ignore the sinister look on OxSifu’s face), it also fell to the need to address a pattern of crypto scams (including NFTs and DeFi) which has become prevalent, where the actors reinvent their identities alongside different projects banking on the cover that decentralization gives them.

Following these revelations, Daniele Sestagalli admitted his fault in the whole controversy via a slew of tweets. He explained that he knew of OxSifu’s real identity but did not see the need to confront him because OxSifu, by his actions, showed that he could be trusted. Sestagalli failed to mention that he was bound by the dogma around anonymity, even when it was apparent that he was taking a huge gamble with the DAO’s treasury, given OxSifu’s long romance with fraud. The community didn’t ask questions either. At least, by their standard, OxSifu appeared to be doing a good job.

How the community truly views anonymity

It appears as though the crypto community tries to live up to the expectations that decentralization is important to prove that it is truly different from the legacy system. Thus, the project founders ought to remain undoxed, unless they dox themselves out of their volition. In light of this, due diligence is often thrown to the winds, even in cases where this is required. So, unless somebody is bold enough to do the due diligence and release facts concerning a project founder’s past life, everyone is comfortable with the pseudonyms and pseudo-identities, just as in OxSifu’s case. It’s almost like a herd mentality.

In most cases, the community’s reaction is often dependent on the outcome of such due diligence. Suppose it turns out that the founders have a history that threatens their commitment to the project and the community’s investment. In that case, the community bemoans the risks inherent in the industry, while hammering on the importance of regulations.

On the other hand, the community reacts differently when the investigation fails to point to anything sinister or fishy. At this time, the community remembers decentralization as a guiding principle and how the industry should be protected from the roving eyes of mainstream media. A perfect example of this behavioral pattern was revealed in the reactions which trailed the doxing of founders of the blue-chip NFT collection, Bored Ape Yacht Club (BAYC) by BuzzFeed. Until the doxing, the two founders only identified themselves through their ENS (Ethereum Name Service) pseudonyms: Garga.eth and GordonGoner.eth.

The BAYC collection has amassed a market capitalization of over $2.8 billion, courtesy of high-valued acquisitions by their owners, including celebrities such as Justin Bieber, Paris Hilton, Jimmy Fallon, and more. The BAYC community and the crypto industry celebrate every record-breaking acquisition, interpreting it as the mainstream mass adoption of cryptocurrency and blockchain technology.

Yuga Labs, the company behind the collection, is registered with an address in Delaware, where Gargamel (real name: Greg Solano) also resides. Interestingly, the company has signed multiple deals with mainstream brands— including a looming deal with Andreessen Horowitz, a VC with huge stakes in the industry. According to reports, the impending partnership would see Yuga Labs acquire a valuation of $5 billion.

Most owners of the BAYC NFTs have been able to build personal brands around their Apes, signing mouth-watering deals and endorsements with traditional firms. In all of this, no-one in the community expressed concerns about hobnobbing with the mainstream. Instead, to them, it represents a win for the industry in terms of adoption. However, an attempt to reveal the identities of founders of a billion-dollar company drew their ire as most considered it a violation of the anonymity that blockchain and crypto give. How ironic!

Both founders are scandal-free, as Katie Notopoulos found in her BuzzFeed report, apart from the Bitmex domain name controversy traced to Gordongoner.eth (real name: Wylie Aronow), which is still inconsequential. The BAYC community strongly criticized Katie’s report, terming it one of those instances where the media is overreaching itself. In situations like this, the community resorts to the cancel culture, and she became a subject of this, which included threats to her life.

What if Solano and Aronow were just like OxSifu?

On the flip side, imagine that Solano and Aronow were linked to a damning past just as grave as OxSifu’s. The reactions would have been different. Furthermore, this would directly impact the NFT market seeing the collection’s significance. The floor price for one Bored Ape, which currently stands at 91 ether (equivalent to about $270,000), would have also taken a hit.

Or perhaps the community would try to salvage the situation considering the variables involved. The ripple effects of such a discovery would have been devastating. Those brands with whom some BAYC owners signed huge deals would not hesitate to dissociate themselves from the collection in a bid to save their heads from the outrage. Additionally, those holding the NFTs or their MAYC (Mutant Ape Yacht Club) counterpart would record losses on their investments. All the variables are too vast to treat in this article, but the price of ether would have also taken a knock.

Another talking point to consider is that the reactions which followed the BuzzFeed report may have stemmed from fear— that of losing it all if the doxing were to reveal a questionable past concerning both founders. This point is informed by the proven idea that humans react negatively to what they dread the most.

A project as big as BAYC has a lot at stake if the founders pull the rug. Some of the possible consequences have been outlined above. It is unlikely that the community considered this before berating the report. In the same vein, it is very likely that most of these critics would not hesitate to draw regulators’ attention if such an event were to happen.

In my opinion, I consider the founders’ doxing a skin in the game, which will make them accountable to BAYC investors. According to Katie, “There is a unique problem with the idea of a billion-dollar company run by an unknown person: How do you hold them accountable if you don’t know who they are?”

The crypto community only bandies digital anonymity as one of the core pillars of decentralized finance and the emerging Web3 innovation when it is favorable. Several cases in point show this is true. One is the Twitter PFP feature, which, when released, was applauded by the Web3 community as a pointer to a massive NFT and decentralized digital identity adoption by Web2 giants. However, the same community failed to account for the implications of the new feature on anonymity.

The PFP feature allows users to display their NFTs using their Twitter account. However, at the same time, their account is connected to their wallets, allowing others to see their crypto balances, including NFT holdings. While it is impossible that they have their funds stolen due to people knowing their public address or ENS name, it defeats the essence of the highly desired anonymity, because people will know what percentage of a token’s supply they hold, amongst other private information. The feature is reportedly subscription-based.

While Satoshi’s interpretation of anonymity and decentralization did not envisage situations where bad actors would leverage these pillars to game the system, crypto faithfuls like me vacillate in our interpretation. If Satoshi were present to witness how we have tweaked anonymity to suit our preferences, he might have to reconsider his stance on decentralization, because total decentralization would cripple adoption, especially now that scams keep springing up.

A system that deters bad actors like OxSifu from establishing recurring scam projects will benefit the industry. Such a system could be designed to protect the founders’ identity but make their track record in the space available for investors to vet. That would serve as an appropriate skin in the game. Still, it appears that most crypto enthusiasts are stuck to their guns on absolute decentralization. No system is too rigid enough to repel changes unless it plans to collapse under the weight of its rigidity.