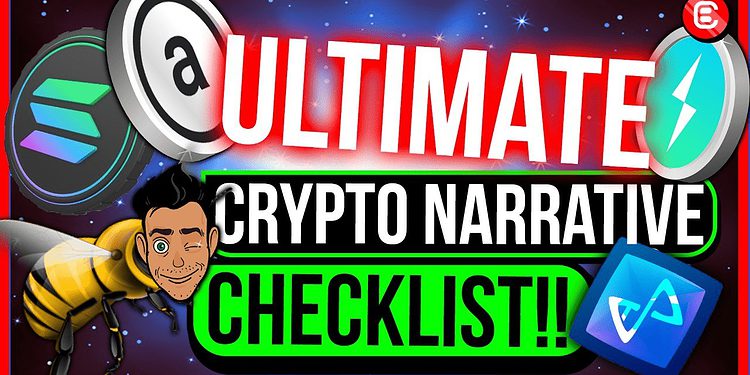 To successfully invest in narratives, you need a winning strategy

In a brilliant thread, the gigabrained Tascha explores a range of web3 narratives, and sorts through them in terms of the relative risk-to-reward ratio (highest risk first).

Picking a narrative means weighing up risk with reward.

It also means choosing the right one at the right time.

In a brilliant thread, the gigabrained Tascha explores a range of web3 narratives, and sorts through them in terms of the relative risk-to-reward ratio (highest risk first).

Not only is her analysis spot on, but we can also learn from her analytical approach.

When looking at a specific sector, there are four things you need to consider as an investor. Tascha’s thread clearly demonstrates that she’s been considering them too!

Bearing these questions in mind, let’s dive into Tascha’s expertly laid out thread!

Web3 narratives: from the highest to lowest risk-to-reward ratio

Is there a product ready to rival the likes of Twitter? No.

Adoption? Not even close.

We’re huge believers in the need for decentralized blockchain alternatives to the centralized monopolies, and they will likely present insane returns for early investors. But the reality is that the technology, adoption, and potential network effects are a while away for now.

As Tasha says, decentralized finance (DeFi) continues to be range bound. It enjoyed a massive explosion during the DeFi summer of 2020, and while innovation has continued at pace ever since, prices have generally dropped as the initial hype died down.

The DeFi sector was arguably overvalued. Today, many of the leading protocols are probably closer to a fair valuation.

Do we think DeFi will disrupt legacy finance? One hundred percent. The banks are scared, and with good reason!

There is a range of borrowing/lending protocols, numerous DEXs spread across various chains, some of them with network effect (say, Uniswap), and others that are still in their relative infancy, Trader Joe, on the Avalanche blockchain, for example.

We maintain that DEXs are one of the safest bets in DeFi, since every chain needs a competitive market, and the winners will shape the future of mass adoption!

A year ago, it was almost unthinkable. Today, the NFT sector is one of the most significant in the entire crypto space.

And potentially the most significant bubble too!

Will NFTs disrupt the world? A million percent.

Is there adoption? Yes.

Is there an oversaturation of projects? To say “yes” would be the understatement of the year.

So much so, that it can be hard, if not impossible, to discern between the good projects, and the dismal. Sometimes it’s a matter of luck that seems to decide whether a project will succeed or fail. And sometimes, it’s a matter of large initial capital, paid-up influencers and celebrities willing to shill.

As Tascha describes it, NFTs could be forming a bubble.

The prices for some projects have reached dizzying heights. High to the point that there is no longer an accessible market willing to pay. Holders can get stuck in illiquid assets. And seeking out the next big thing involves the cost of research, and the time needed to do it, being way too high.

That said, NFT standards across many chains will drive the underlying layer for a vast array of other use-cases, including gaming, and much, much more. Check out today’s article!

Crypto gaming emerged as one of the hottest narratives of 2021.

Will it disrupt the mainstream gaming industry? We’re convinced it will.

Is there adoption? Yes, but it’s complicated. Games like Axie Infinity have attracted huge numbers of players. However, compared to mainstream gaming, it’s a tiny drop in the ocean.

Is the space oversaturated? It’s almost on par with NFTs! There are more games than you could possibly count. Most of which don’t have anything close to a working product. And those that do range between “good” and “unplayable”, with innumerable projects which we can only assume were created merely as cash grabs.

GameFi is here to stay, but we need to wait for the over-saturation to die down.

Axie Infinity led the race last year. But it was initially released in March 2018, and only blew-up 18 months later.

The games that people actually want to play are the ones that take time. Many (if not most!) of them are still in development.

Good gamers know when they are being conned!

Decentralized storage solutions are a necessity in the blockchain space, but this is something that has to be done right.

Those that compete with the likes of Amazon Web Services (AWS), on a global scale of adoption, could disrupt the sector at an unprecedented scale.

After all, when paying 200 ETH for a JPEG, users want to know it will be stored forever (so that they don’t won’t wake up to the dreaded 404 error (not found) in place of a priceless NFT!).

We believe that blockchain-based storage solutions will be a major narrative.

Best of all, there is barely any saturation yet, with so much room for projects to thrive.

One protocol that is currently unrivaled (and truly permanent) is Arweave.

DeFi users are desperate to swap tokens seamlessly between chains. Protocols that make this possible may not disrupt DeFi, but they surely will elevate what is possible!

Are bridges and cross-chain swapping protocols achieving network effect? Not quite yet, but the demand is clearly there and will only grow as more and more users are on-boarded to the space.

As an example of a leading protocol, THORChain (RUNE) has achieved a multi-billion dollar valuation. However, the possibility for further adoption and new competitors mean this remains a sector with huge growth potential.

The safest bet of all. And the one narrative you really can count on.

Layer-1s and Layer-2s are the beating heart of blockchain technology.

They ARE blockchain technology.

Adoption has been fast, and will likely only speed up with increased network effect.

As for saturation, no there is none. There is an insatiable demand for blockchain technology, and it’s only going to continue.

And there is so much more room for growth. No single chain will rule them all, as no single one can carry the weight of a world running on the blockchain.

Tascha’s analysis is excellent (as always). And we hope you’ve learned something here. Not just about which narratives to watch, but what to look out for when doing your own research.

Let’s smash the follow button on her profile and show the power of Banter Fam adoption.

And leave us a comment below telling us what you think the next winning narrative will be!