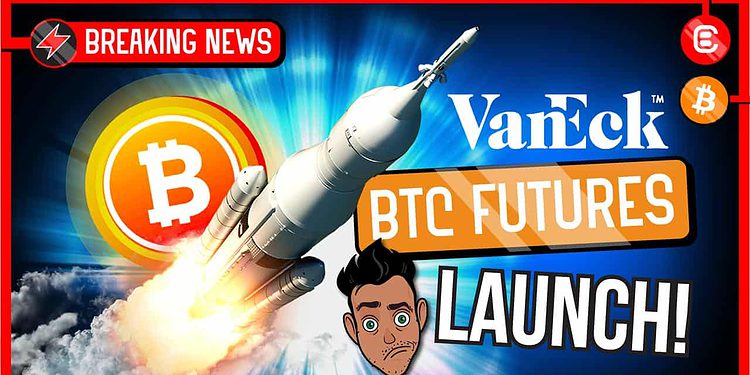 The XBTF boasts cheaper fees than ProShares and Valkyrie

Will Van Eck Bitcoin ETFs draw in new investors and funds as a result??

Van Eck finally launched their first Bitcoin ETF (XBTF) today after years of lobbying, to little fanfare. Coming in as the third Bitcoin Futures ETF, day 1 trading volume was quite low despite XBTF offering significant cost advantages over the first two. Part of it could be attributed to the disappointment felt by the market after the SEC again snubbed Van Eck’s spot Bitcoin ETF only days ago. So what gives?

Years after waiting for the approval of a Bitcoin exchange-traded fund, crypto enthusiasts got their wish granted by the Securities and Exchange Commission (SEC) on October 19. Even if it was a Bitcoin Futures ETF, not a straightforward ETF. it was still worth it for crypto investors, causing prices to soar.

The groundbreaking approval of the ProShares Bitcoin Futures ETF sparked a major rally that saw Bitcoin and most leading cryptos hit new all-time highs. Two days after the Bitcoin rallied to an all-time high of $66,930, pushing the crypto industry to a $2.66 trillion valuation.

Still basking in the euphoria of the first ETF approval, cryptocurrencies continue to rally. However, we could have more in the coming days. Three days after ProShares launched its Bitcoin ETF on the New York Stock Exchange, Valkyrie Investments launched the Valkyrie Bitcoin Strategy ETF on Nasdaq.

Van Eck had filed with the U.S. SEC to launch its Bitcoin Strategy ETF (XBTF) for the next ETF.

VanEck’s first filing for a Bitcoin (spot) ETF was in December 2020. However, while this one is still under consideration, its recent Futures filing, which is the third Bitcoin ETF to make its debut on Wall Street,seemed to get the go-ahead with little fanfare and is expected to hit the market “as soon as practicable.”

While we have seen unparalleled success and rising interest in Bitcoin Future ETFs, with ProShares hitting $1 billion on its debut, VanEck’s Bitcoin ETF is hoping to change the game.

One of the most noticeable improvements VanEck is bringing to the table with its Bitcoin ETF is a significant undercut in the management fee of its fund. VanEck’s ETF carries only a 0.65% management fee.

While ProShares Bitcoin Strategy ETF (BIOT) and Valkyrie Investments’ Bitcoin Fund (BTF) both charge 95 basis points (bp), VanEck drops the management fee to 65bp. VanEck is not just cheaper than the Bitcoin ETFs in the U.S., but also those operating in European markets.

According to Kenneth Lamont, a senior fund analyst at Morningstar, while BIOT has the first-mover advantage, the significant fee difference could see investors switch to VanEck’s lower offering.

Banter Call: The Future of Bitcoin Funds- When Real ETF?

The lukewarm response to Van Eck’s Bitcoin Futures ETF is a moderately bearish indicator, showing that the market, which was promised and expected a Bitcoin spot ETF, is not impressed with the Futures ETF second prize. With three Futures ETFs launching in short succession, they’re also spoiled for choice.

According to the Valkyrie Funds CEO Steve McClurg, a spot Bitcoin ETF is extremely unlikely this year and should only come in 2022. This is still the real holy grail moment Bitcoin maxi’s have been praying for well over a decade.

When funds offering Bitcoin ETFs are allowed to invest in Bitcoin, investors would benefit more and could open up the crypto industry to explosive growth. The key point of reference remains Grayscale’s Bitcoin Trust which has consistently outperformed futures-based ETFs.