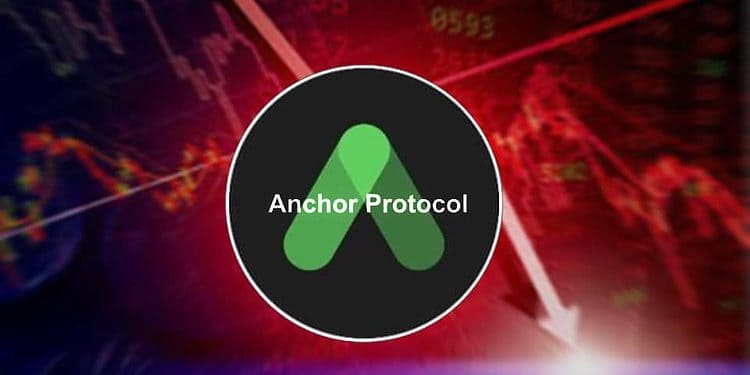 We can’t believe this is happening

Get the hell out of Anchor Protocol as fast as is humanly possible!

Get the hell out of Anchor Protocol as fast as is humanly possible.

It has finally happened.

The coveted almost 20% annual percentage rate (APR) is under siege from traitors within the community.

Governance Proposal 20 for Anchor Protocol has been passed. The party’s over. A death spiral is imminent. And it could trigger a wider crypto market collapse which, if it spills over into the equities market, could plunge the world into the dark ages.

WGMI (we’re gonna make it) is over. In the post-apocalyptic wastelands, all that matters is survival.

Okay, just kidding. Relax. We’re still gonna make it, but it is true. Governance Proposal 20 has been passed. And yes, it does mean the flagship almost 20% APR will be reduced, in the short term at least.

But it’s no bad thing.

Jokes aside, and in simple terms, Governance Proposal 20 means the following:

In a bid to allow the reserves to replenish, the APR will drop 1.5% per month until further notice.

How could they let this happen?!

Well, the proposal (and result) makes good sense in terms of ensuring the sustainability of a protocol that has threatened to buckle under the weight of its runaway success.

The official Anchor Protocol Twitter account gave a thorough breakdown of the matter at hand in an extensive thread posted last week.

The problem it presents is as follows:

For some time, the huge inflow of deposits seeking fixed yield on UST (Terra’s stablecoin,  TerraUSD) surpassed collateral inflows. The result? Gradually depleting reserves. Yes, they could be (and were) topped up artificially, but the solution represented a band-aid when stitches were required.

The potential solutions fell into the following categories:

Governance Proposal 20 was aimed to address the latter approach thanks to its Dynamic Anchor Earn Rate (DAER), which aimed to “reconcile the differences between deposit capital and borrower collateral inflows methodically”.

DAER hopes to achieve a balance between maintaining the high-yield that set Anchor Protocol apart while “provisioning a real-time lever for mediating Anchor’s utilization ratio by tethering the earn deposit rate to changes in the yield reserve over a given period.”

The dynamic rate will be modeled on the increase or decrease of the yield reserve, but rather like the situation faced by the Federal Reserve… Is 1.5% per month, or 150 basis points (bps), sufficient to stem the depletion of the reserve, which, according to Neptune Finance, is currently being drained by upwards of 25% per month? As suggested in their recent article, Anchor either needs to ensure a large number of borrows or bolster the reserve with around US$400 million… or both.

The short-term pain stemming from a 1.5% incremental reduction of Anchor’s industry-leading APR is nothing compared to the long-term agony of an unsustainable protocol. Clearly, the Anchor community agrees, hence the result. Until borrowing increases, the imbalance will remain an issue, but the more UST adoption there is outside this one protocol, the more resilient (and less dependent) the LUNA price will be.