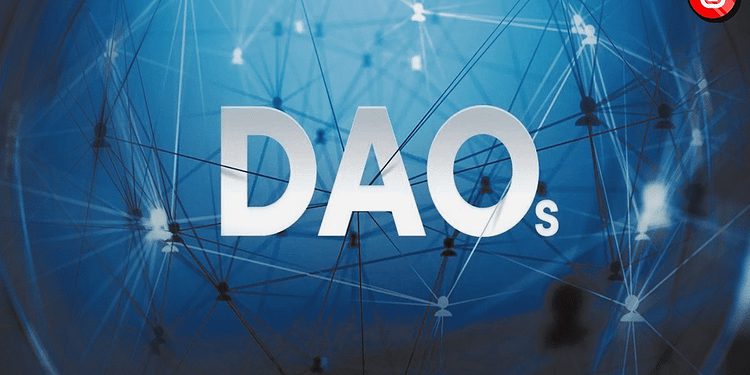 What are DAOs & why do we need them?

A decentralized autonomous organization (DAO) is exactly what the name says; a group of people who come together without a central leader or company dictating any of the decisions.

As the name suggests, DAOs have three core features:

A decentralized autonomous organization (DAO) is exactly what the name says; a group of people who come together without a central leader or company dictating any of the decisions. They are built on a blockchain using smart contracts (digital one-of-one agreements). Members of DAOs often buy their way in, most of the time purchasing a governance token specifically for the DAO which gives them the ability to vote on proposals made around how the pool of money is spent and managed. These groups can be made up of people from around the world, who often communicate on Discord channels.

A DAO has a “completely flat hierarchy,” according to Jason Yanowitz, co-founder of crypto trade publication Blockworks. “It’s a way to govern people differently around a shared balance sheet.”

Why Do We Need DAOs?

Starting an organization with someone involving funding and money requires a lot of trust in the people you’re working with, but it’s hard to trust someone you’ve only ever interacted with on the internet. With DAOs you don’t need to trust anyone else in the group, just the DAO’s code, which is 100% transparent and verifiable by anyone.

This opens up so many new opportunities for global collaboration and coordination.

Voting is required by members for any changes to be implemented.

Votes tallied, and outcomes were implemented automatically without a trusted intermediary.

Services offered are handled automatically in a decentralized manner (for example distribution of philanthropic funds).

All activity is transparent and fully public.

Depending on the structure, changes can be demanded from a sole party, or voting may be offered.

If voting is allowed, votes are tallied internally, and the outcome of voting must be handled manually.

Activity is typically private and limited to the public.

To help this make more sense, here are a few examples of how you could use a DAO:

How can the DAO help here?

DAOs work using smart contacts, which are automated, self-executing contracts binding two individuals to each other. In a decentralized environment, people interact with each other via an open-source protocol. They are responsible for overall network upkeep and are rewarded with native tokens for successfully finishing various tasks.

So, what does this mean?

Individual behavior isn’t enforced upon by a legal contract. Instead, economic incentivization automatically makes individual nodes act in the best interest of the network. Unlike traditional companies with a complicated top-down structure with several layers of management, the DAO’s governance is much more refined and ruled by a predefined code.

Plus, once deployed, the DAO can grow by itself without depending on its creator(s).

How do DAOs work?

Step 1: Putting down the rules

The first step in building the DAO is to establish and define the rules which will govern the entire ecosystem. These rules are written in and stored in a smart contract. There are two things that you must keep in mind about smart contracts:

The next stage is the funding phase. This is very important for the following reasons:

Following deployment, the DAO becomes completely autonomous, aka, free from external control. Everyone who holds the DAO’s native tokens owns a stake within the network. As such, they get voting powers in the ecosystem that are directly proportional to their stake. The approval percentage required to reach a majority may vary from proposal to proposal.

Now, this system of majority voting has both its advantages and disadvantages.

The most significant advantage is that the interests of the majority dictate all the decision-making and funding. On the flip side, this also makes decision-making a prolonged and drawn-out process.

Imagine someone discovers a fatal vulnerability on the DAO’s attack surface. Instead of fixing it immediately with an emergency hard fork, you will have to wait for the majority to vote on fixing it. This can be a big time waster since you would ideally want to fix up these bugs ASAP.

DAOs benefit in the real world

Currently, DAO crypto tokens are being used for many purposes like investment, charity, buying and creating NFTs, fundraising and many more. For example, the Decentraland DAO includes a decentralized city-planning committee in the metaverse, where they decide moderation of content, LAND policy and auctions, among others.

Below are outlined the top three benefits of DAOs and their native tokens in the real world:

The decentralized and transparent nature of DAOs gives its members full ownership to maintain the protocol. Moreover, DAOs are automated — thanks to smart contracts — so decisions are executed automatically. Compared to traditional companies, DAOs eliminate all third-party transaction costs and the organization only “pays” for existing on the blockchain, thereby increasing their profit margins.

Decision-making power in the organization is given to each token holder. This power is proportional to the amount of tokens held by a member, but it doesn’t give them more rights or privileges. Token holders have the right to effect changes that further develop the protocol, which makes it a rewarding and truly democratized space.

Owning a governance token in a DAO is a bit like holding equity in an early-stage start-up — if it becomes successful later on, that equity will be extremely valuable. The DAO members who are also token holders are rewarded with a fixed percentage of the transaction volumes on the exchange. This helps create a more stable token user base with a long-term investment mentality. All in all, this reward mechanism is what differentiates these tokens from those launched by other non-DAO projects.

DAOs help create a new world of corporate governance by assisting many blockchain projects to achieve the ideal decentralization. By carrying out corporate operations autonomously through smart contracts, DAOs have many benefits for their stakeholders — by providing full ownership on decision making that can be rewarded accordingly on the growth of the DAO. As DAO’s legal challenges are clarified and managed, more and more organizations will look to adopt DAO platforms for their businesses, to automate certain aspects of their core business activities.