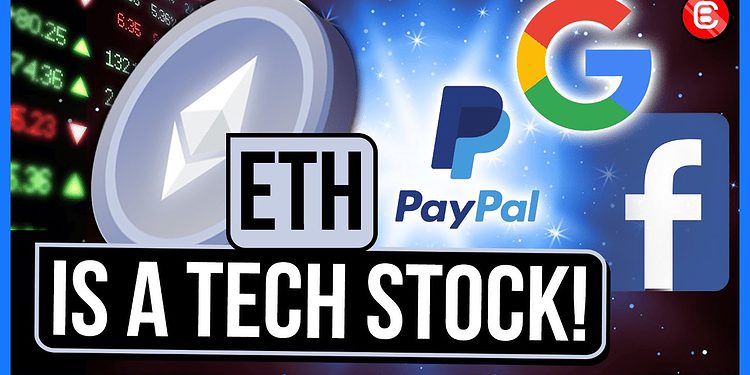 What Wall Street knows (and doesn’t know!) about ETH will shock you.

When Vitalik Buterin conceived the idea of the Ethereum network, with it came its native token, Ether (ETH). ETH was to be the utility token at the heart of the blockchain. And so it was.

Ethereum has come a long way since 2017.

When Vitalik Buterin conceived the idea of the Ethereum network, with it came its native token, Ether (ETH). ETH was to be the utility token at the heart of the blockchain. And so it was. Whoever wanted to use the Ethereum network had to spend ETH. As more users and developers came to the chain, demand for ETH only went up. And so did its use cases.

With Ethereum being the go-to place for most things DeFi and NFT, development isn’t showing any signs of slowing – neither is the inflow of users! Among them is a new breed entirely.

Wall Street is here, and it’s becoming increasingly clear that traders are bringing their old ways with them. They’re approaching crypto as they do tech stocks.

But here’s the exciting part: Wall-Street’s modeling could suggest that Ethereum is just getting started.

The correlation between crypto and traditional markets has been playing out before our eyes. Particularly when it comes to tech stocks.

If tech stocks go up, crypto goes up.

Binkie Pondarosa takes a closer look at how a traditional valuation model used by Wall Street, the Discounted Cash Flow (DCF), could be applied to value the future price of ETH. The model comes courtesy of Ryan Allis.

Long story short, and without getting too technical, the DCF model uses projected future cash flows to estimate the value of an investment.

With tech companies, these cash flows include the projected profits the company will make.

For example, if you know Apple is releasing the new iPhone later in the year, and presume its sales will go well, you can “guesstimate” how much more valuable the company will be with all the extra income.

So, let’s look at how Binkie translated this for ETH.

When thinking about future earnings, you have to have a timeframe in mind.

This is more than just a guess: It’s based on the core formula of the DCF model.

We talked about how Apple’s earnings could derive from (amongst other things) its iPhone sales.

But Vitalik isn’t peddling phones, so wWhere do Ethereum’s earnings come from?

Here’s the beauty of running a decentralized network: The entire cost of keeping it operational is paid by the network of validators running it. Thus, all revenue generated by the network is considered cold, hard “earnings”.

Insane. Maybe this is why the traditional investors are aping in!

Binkie goes on to analyze the profit-to-earnings ratio (P/E ratio) which should be applied to valuing ETH, based on the P/E ratios of some of the top companies around today (including Disney, Tesla and Hilton).

Notice that this Twitter thread author has used a “Greater than 99” P/E ratio to filter these search results.

As if this weren’t enough, there’s more to take into account to justify the future valuation of ETH.

Firstly, what’s bullish is the fact that this doesn’t even take into account the deflationary nature of ETH. Ever since EIP-1559 (Ethereum Improvement Proposal), a portion of every Ethereum transaction has been burned. If the transactions are high enough, the burnt tokens outweigh the mined tokens.

Then, we have the future migration to Proof-of-Stake (Ethereum 2.0) to look forward to, and with it, a massive increase in staking.

Let’s look at why staking is so important, and see how it would translate to the traditional stock market.

With some traditional stocks, you receive a dividend which, simply put, is a share of the company’s total profits that they hand out to their stockholders. Staking rewards are crypto’s answer to these dividends.

Dividend-paying stocks are considered more valuable, and as ETH will be seen as one, it will be a hot prospect in the eyes of Wall Street.

Even if you think that one is too low or the other too high, the point is, traditional market players think ETH has a lot of room to run. We have a range. And right now, we are way below the lowest point of that range.

Let that sink in.

As Wall Street enters the industry, traders will use traditional valuation methods to justify their investments: It’s what they know!

You can bet on them using DCF for ETH. And once they do, more investors (and capital) will flood in. This could result in a domino effect, with the traditional finance sector (along with its capital) flowing into ETH once investors see its margin for profits.

And here’s some food for thought: if they use DCF on ETH, which other tokens might they use it on? Which other projects offer such enticing incentives in the eyes of the whales?

Binkie said it best in his fantastic thread, so we’ll leave you with a quote:

“You can still front-run Wall Street before they “get” that network fees = profit in a DCF valuation”.