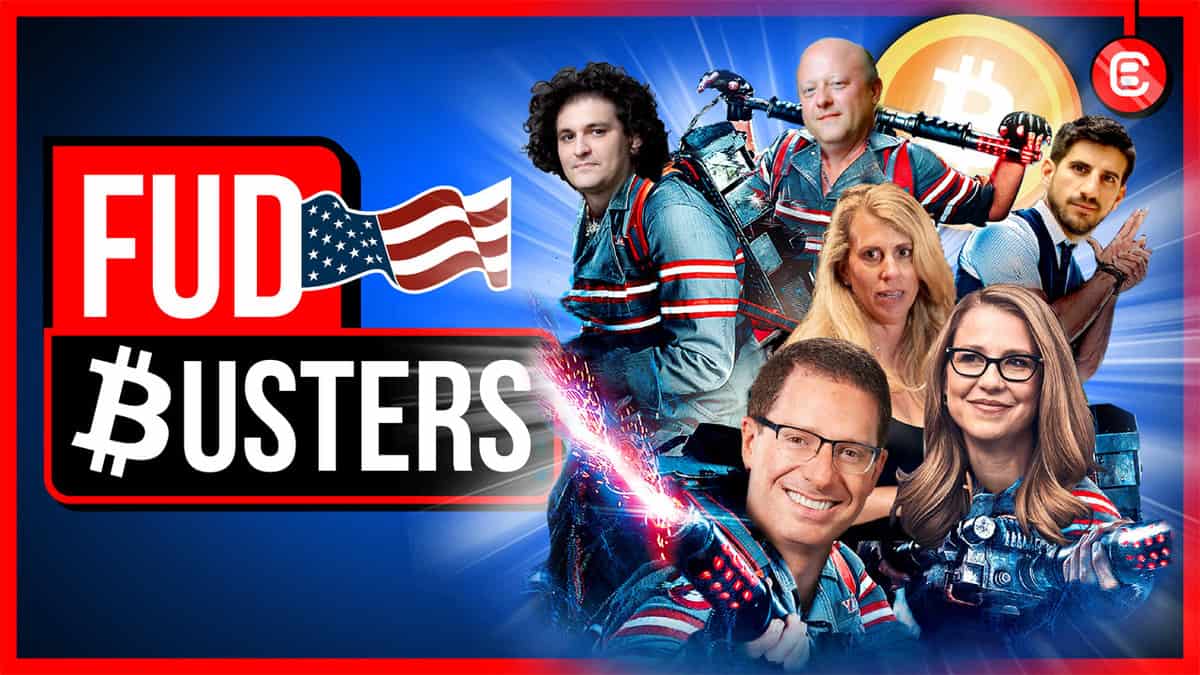 Who you gonna call? FUDbusters!

When there’s something wrong in your crypto-hood, who you gonna call? FUDbusters!

It was all eyes on Capitol Hill on Wednesday as leading crypto representatives were summoned to the House Committee on Financial Services.

And together, this motley crew turned out to be a pretty crack team of FUDbusters.

Yesterday was a resounding success for the crypto industry.

Where previous hearings saw the House Committee on the offensive, this one marked a significant shift towards dialogue – a genuinely constructive attempt to strike the balance between regulatory oversight and American innovation.

Congress wasn’t there to attack. They were there to learn. To embrace what they don’t understand, and to seek solutions instead of sanctions.

A particularly notable aspect was that the Committee were, on the whole, significantly better informed than in previous meetings. While chair Maxine Waters may not know her way around MetaMask, ranking member Patrick McHenry might just be a secret degen (and possible Banter fan?).

In fact, a good chunk of the Committee seemed to have a basic working knowledge of blockchain, Web3, their use-cases, as well as the regulatory challenges facing the industry. And with the exception of a select few (Rep. Brad Sherman: terrified of crypto, Maxine Waters: terrified of Facebook, and Rep. Alexandra Ocasio-Cortez: implied crypto is an extension of legacy finance) none appeared to arrive with any agenda.

This meant that instead of fire-fighting, the panel was able to engage in a meaningful, open discussion, characterized by camaraderie, joint effort, and mutual respect – not two camps pitted against each other.

How the FUDbusters busted the FUD

Now there’s a tongue-twister for you.

One of the major topics on the table was stablecoins, with several committee members expressing concerns around the potential undermining of the dollar’s role as the global reserve currency.

Legal accountability on decentralized networks was another bit of FUD:

And inevitably, there was the question of illicit activity being facilitated by blockchain technology.

Several committee members were interested in how crypto payments could benefit the communities they represent.

Inevitably there were a few ghosts spotted in Capitol Hill.

The closest thing to a ghoul the FUDbusters faced was Rep. Brad Sherman, whose bizarre rant about Mongooses went viral and didn’t even warrant a reply.

And for the crypto gaming aficionados? Well, who’d have thought they’d ever see one of their own at a House Committee for Financial Services? Rep. Anthony Gonzalez – what a degen!

Whether the progress being made will influence the newly-passed Infrastructure Bill remains to be seen. But as Brian Brooks eloquently put it, the US is “undoubtedly” behind the curve. If they want to remain relevant, lawmakers are going to have to embrace the space and seriously up their game!

The hearing represented a huge win for blockchain! If this is an indication of changing sentiment in the seat of power, it could prove a real turning point in the US. The beginning of a new era for crypto.