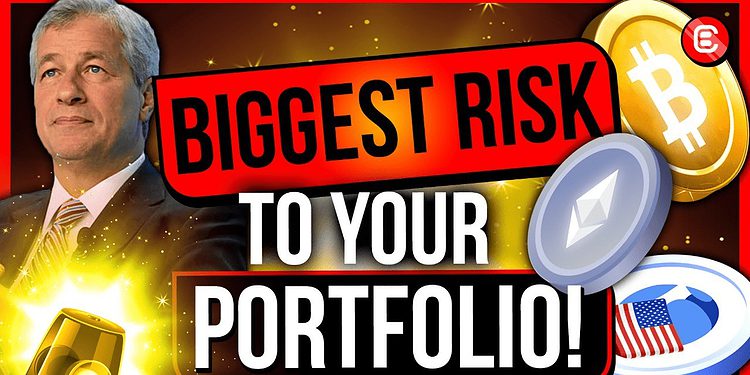 Today, with markets rattled amidst looming global conflict, some investors are fearing the worst.  But exiting the market now could be a huge error, even if we experience more short-term downside.

Baron Rothschild is credited with saying “the time to buy is when there’s blood in the streets”. Rothschild made a fortune buying the panic that followed the Battle of Waterloo against Napoleon.

Today, with markets rattled amidst looming global conflict, some investors are fearing the worst.

But exiting the market now could be a huge error, even if we experience more short-term downside.

The risk/reward ratio is now massively skewed in favor of greater upside potential than downside risk. Stay the course, or risk losing out in a serious way!

What the charts are telling us

Just check out the chart below. Both the daily and weekly timeframes are showing us the same thing: the Stochastic Relative Strength Index (Stoch RSI) indicates that bitcoin is deep in oversold territory.

On the weekly chart, momentum appears to be turning with the Stoch RSI crossing at the bottom. The trend is clear: historically, these lower levels tend to coincide with a temporary bottoming structure, and have reliably indicated a subsequent uptrend.

Does this mean we’re at the bottom? No. Crucially, trying to pick the bottom can lead to smelly fingers, but on a higher timeframe, the above chart suggests that we are more likely near a bottom than a top.

This guy nails it:

But such is the irrationality of human emotion!

Is the road to recovery paved with gold?

Bitcoin is highly correlated to the S&P 500 right now.

In fact, it’s never tracked it more closely. And that’s because it’s being traded like a growth stock and has lost some investor confidence.

Meanwhile, it’s seen massive divergence from gold, which has broken out of a long-term structure and is approaching all-time highs.

This is not surprising given the global situation, as crises tend to benefit gold’s market value. But right now, the negative correlation between gold and ‘digital gold’ is stark.

But what happened after the ‘covid crash’ in March 2020?

Gold led the recovery and paved the way for bitcoin to follow suit.

Just a few short months later, by August, bitcoin had ground back to $12,000, and then forged ahead to smash the $37,000 all-time high barrier by December.

Clearly, being on the sidelines for too long during that period would have cost you dearly in profit potential.

We think the same can be said today.

The risk of being out of the market right now

Right now, your biggest risk is being out of the market.

You may be on the sidelines, ready to pounce on a huge capitulation wick (if it happens at all). And if it does, can you be sure you won’t be too scared to buy?

The short-term downside risk is still there, but the long-term opportunity cost of being out of the market is massive. If bitcoin is to re-correlate with gold, and at some point it will, just as it did after the ‘covid crash’, the potential supply shock could trigger a fast and hard run to the upside.

Trying to time it is a nightmare, and doomed to fail. Or at least to underperform the alternative.

Is this the most important bitcoin tweet of all time?

Crypto’s volatility is the reason why it can deliver such outsized returns. However, it also means that those returns come in quick and fast, and attempting to time them can see you miss out entirely. This visual from @fundstrat is one of the most important charts you’ll ever see in this space!

This principle doesn’t just apply to crypto but to legacy markets too, as per this J.P. Morgan graphic demonstrating the potential opportunity cost of missing the 10 best days in the S&P 500 over a period of 20 years!

The technicals are telling us that the markets are oversold. And with most of the bad news priced in already, the risk/reward ratio is asymmetrically in favor of those in the market, and against those who aren’t.