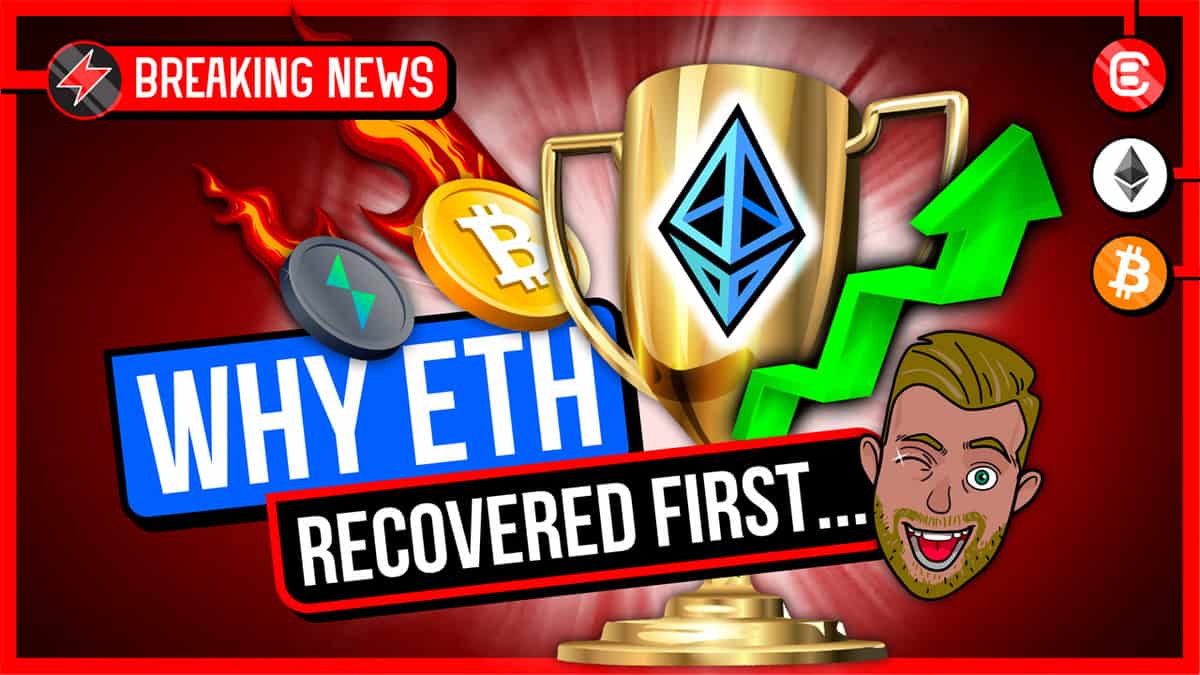 Why is Ether holding up so well despite the market’s implosion?

Ether weathered the crypto weekend crash - why is it holding up so well?

On 4 December, the cryptocurrency market experienced one of the most ferocious corrections of 2021, with the overall market dropping more than 20% in a couple of hours, the biggest one-day decline since May 15, when the Bitcoin price briefly fell below $42,000.

While other altcoins with large market capitalizations have lost significant percentages in comparison to Bitcoin, Ether (ETH), the Ethereum blockchain network’s native token, has weathered the storm thanks to a convergence of fundamentals.

Scalability is one of the Ethereum blockchain’s flaws – as the network is used by more and more decentralized apps, and services and transactions increase rapidly, so do gas fees.

Gas prices soared to unsustainable highs as the market crashed, compelling dealers and investors whose holdings were not traded on exchanges to hold on to their assets.

The second-largest cryptocurrency by market capitalization had a trading volume of $23.38 billion at the time of writing, down 6% in the last 24 hours to midday 6 December CAT, and a market dominance of 21.83 percent, up 25% in the last two months.

The rolling average of the gap between Bitcoin futures and spot prices deteriorated and changed from positive to negative in September, according to the report.

“This is a setback for Bitcoin and a reflection of weak demand by institutional investors that tend to use regulated CME futures contracts to gain exposure to Bitcoin,” said the bank which is headquartered in New York, according to Business Insider.

”This points to a much healthier demand for [Ether] vs. Bitcoin by institutional investors,” it noted.

According to a recent research by crypto analytics firm Chainalysis, the region of Central, Northern, and Western Europe (CNWE) has become the world’s largest cryptocurrency economy and is adopting Ethereum thanks to the growth of decentralized financing (DeFi).

“DeFi protocols represent three to four of the top five services in most months, with Uniswap, Instadapp, and dYdX making frequent appearances. Binance and Coinbase, meanwhile, remain the most popular centralized exchanges,” the analysts say.

Nearly all participants voted in favor of a proposal to integrate Polygon blockchain Layer-2 solutions on Uniswap, a DEX that supports automated Ethereum transactions, barely over a week ago, highlighting users’ strong desire to address intolerable scaling difficulties.

The proposal just needed 25,000 positive votes to advance to the next stage, but it received far more than that, with roughly 7.79 million people voting in favor, demonstrating the rising use of Layer-2 protocols in recent times.

The implementation of zero knowledge rollups (ZK-rollups) is another narrative that is fueling strong optimism in the Ethereum ecosystem, which saw Layer-2 protocol Loopring jump 18.9% in a matter of hours last week.

Loopring is one of numerous Layer-2 initiatives aimed towards assisting Ethereum’s scalability using the ZK-rollup mechanism, which involves bundling transactions off-chain and establishing cryptographic proofs known as ZK-SNARKs, which are subsequently sent to the base chain. As a result, the burden on Layer-1 is lowered, resulting in much lower gas fees.

Ether weathered the recent correction extremely well and in fact acted as support for the entire market. As the markets crashed, the network became congested with sellers trying to exit positions, this drove the gas fees to extremes and prevented sellers from selling. In this case the high gas fees were a feature not a bug!

Ethereum seems to be moving towards becoming a settlement layer for multiple Layer-2 initiatives. We have been following this closely and believe that layer 2’s and specifically ZK roll-ups are  going to be the next hot narrative.