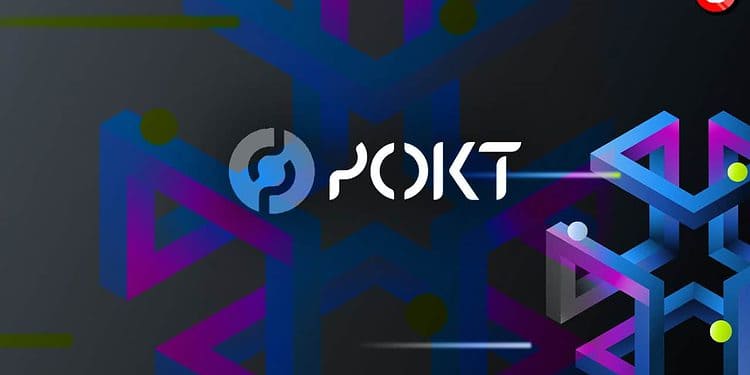 Why is Pocket Network generating so much hype right now?

So, what is Pocket Network? Why does it matter? And why is it generating some serious buzz?

It’s one of the most mouth-watering charts you’ll see this week.

But it’s not just the technicals which are worth getting excited about. The buzz is backed by impressive fundamentals.

So, what is Pocket Network? Why does it matter? And why is it generating some serious buzz?

So, here’s the context in which Pocket Network emerged:

It begins with MetaMask; with over 21 million active users, it is by far the most popularly used “software” wallet in the crypto space.

However, recent events have thrown into question just how safe it is. Not from hackers, but from overbearing regulation!

It all comes down to the underlying infrastructure, Infura, which provides application programming interface (API) access for Ethereum, Layer-2 solutions and any decentralized application (dApp) running on Ethereum. In layman’s terms, Infura provides the tooling for applications to develop and run on the Ethereum network, without having to operate the complex infrastructure themselves.

MetaMask was developed and is operated by ConsenSys, which also sits behind Infura.

Just a few weeks ago, Infura, and by extension, MetaMask got embroiled in global politics, when the US authorities instructed the former to block certain Internet Protocol (IP) addresses based on geolocation, which saw users in Venezuela blocked from accessing their wallets.

Crypto was supposed to fix this kind of thing!

So there’s the context. Clearly, Infura is subject to governmental oversight, which means any protocol that depends on its services, like MetaMask, is vulnerable.

Thus, a decentralized alternative is needed.

What is Pocket Network?

Transaction requests put through by users can be routed through a decentralized network of thousands of nodes, instead of a single service provider.

In simple terms, cutting out a centralized service provider means no absurd fees, no data leaks, and no random outages.

Essentially, it provides the infrastructure for blockchains to function, in such a way where they can rely on a protocol, and not a company, like ConsenSys.

Thanks to Pocket Network’s native token, POKT, blockchains, developers and dApps can rent real estate on this infrastructure; the more POKT tokens held by an entity, the more throughput they can enjoy.

As the team describes it: Web3 Infrastructure The Right Way.

The POKT token remains inflationary for the time being, but in future, the total supply will be capped through a burning mechanism set in place by the decentralized autonomous organization (DAO). The final total supply of POKT will be dictated by the DAO.

What problem does it solve?

Quite a major one.

Using Pocket, or something equivalent, companies and developers are able to rely on a decentralized network without the threat of governmental or regulatory clampdowns. For example, at the time of the IP ban, any company utilizing Infura to operate in Venezuela would have faced major issues.

It’s not the only selling point: Any project harnessing Pocket’s decentralized network isn’t just not paying for costly, centralized infrastructure service, but by holding the POKT token, it is investing in an asset which will appreciate in value as the network grows.

Essentially, they could be profiting to run their business, instead of having expenses.

For dApp users, knowing that the application is running on a decentralized infrastructure offers a sense of security and peace of mind. The MetaMask debacle was an eye-opener. Had Pocket provided the infrastructure, then no central organization would have been able to flip the switch, turn off the servers, or block IP addresses, or jeopardize portfolios.

The buzz is real. In the past seven days alone, the Pocket Network has on-boarded 37k new active nodes, over 3 billion weekly relays, and over 40 networks.

And the number of POKT holders is on the rise?

Want to get involved?

The Pocket Network requires both developers and nodes to stake their POKT holdings. Nodes earn rewards for fulfilling API requests for developers. This works on a per request basis.

If you don’t have the ability to set up your own node, you can also take advantage of PocketPool, which essentially allows you to delegate your POKT tokens to a pool of tokens that are then collectively used to run a node.

Users are able to buy POKT and create a node to support the network. Currently the network pays 400% APR for running nodes.

We were stunned when MetaMask blocked an entire country from accessing their wallets. In fact, it was pretty scary stuff, and totally at odds with the fundamental beliefs at the heart of crypto.

Clearly, a decentralized web, home to decentralized applications, needs to be built around decentralized infrastructure, and Pocket Network is well positioned to play a part. It’s a great example of the kind of “picks and shovels” project that could be harnessed in the wider development of Web3.