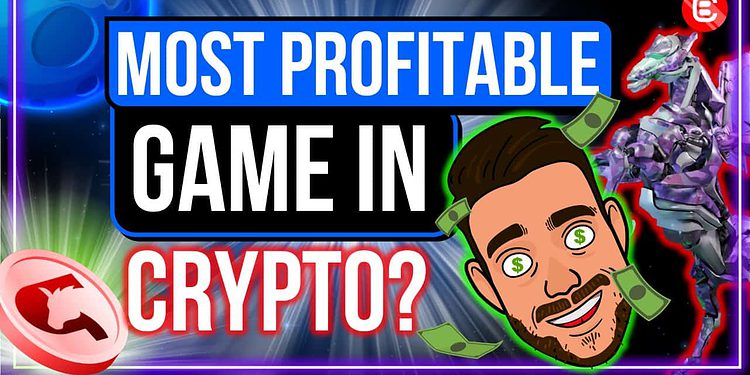 If you’ve been following Hustle for a while, you’ll know he’s super bullish on Pegaxy.

If you’ve been following Hustle for a while, you’ll know he’s super bullish on Pegaxy.

Last week, we covered some of the on-chain data (and value!) behind the game’s fast-growing user base.

Today we’ve got another treat for you: a deep dive into the Pegaxy economy, as well as Hustle’s very own earnings guide.

You won’t want to miss this one.

Pegaxy is out the gates

The overall market may be moving sideways, but Pegaxy is off to the races (and showing no signs of slowing down anytime soon).

Woah. What a stallion!

We’ve already covered some of the drivers of its success so far, but there’s another element behind this price appreciation (and one of the things Hustle’s most excited about): the in-game economy.

Pegaxy utilizes a dual-token system (as pioneered by Axie Infinity). But there’s a key difference. Because while a lot of secondary in-game tokens have been on a steady decline, Pegaxy’s VIS is bucking the trend in a serious way.

There’s a reason for this. As Hustle said, a lot of dual-token systems are unsustainable. Perhaps there’s no way to put them to good use within the game’s economy. Maybe the tokenomics are out of whack. Either way, their value will deteriorate rapidly, which only disincentivizes players from sticking around.

Pegaxy is a different breed.

Over the past two weeks, the burn rate averaged 97%.

What’s the key takeaway? When researching a game, always remember to pay attention to tokenomics!

How to become a race-track master

So, maybe you’re convinced about Pegaxy’s long term potential. You want to get racing.

And if you’re still not sure? Just wait.

Hustle doesn’t have just one trusty steed. He’s got a whole stable of 21. Lucky number, huh? And as he explained last week, the earning potential on offer is insane.

To get racing, you’re going to want a horse. So, head over to Pegaxy.io, connect your wallet, and visit the marketplace. Unless you’ve got deep pockets, you’ll want to filter from low to high and start sweeping the floor.

Floor prices are dictated by the game’s Vigorus token (VIS), hence they’ve gone up significantly in price across the year. At the time of publication, the floor price is around $1,500, and appears to be moving in only one direction. Up!

Each horse (also known as a Pega), comes weight its own set of attributes, like this guy:

The different metrics come with their own unique advantages. And don’t worry: your horse doesn’t need to be maxed out on all the stats to win. For now, it’s still pretty RNG-based (random number generated), so every horse has a shot at victory! But fear not, Pegaxy will be introducing a range of features that will eventually introduce players’ skill as a crucial determining factor.

Off to the races

There’s no shortage of races to apply to.

And right now, the format is pretty basic.

But as Hustle said, enjoy the simple graphics while they last, because it won’t be for long.

Pegaxy is evolving fast, and the introduction of 3D visuals could be a game-changer. From the glimpses we’re getting, it looks dope. There will be a range of courses, packed-out stadiums, and overall, it promises to be way more thrilling and interactive for users.

Looks pretty awesome, right? Hustle reckons that the introduction of their 3D model, especially in combination with the launch of the mobile version, will be huge. Which makes sense. Being able to manage your Pegas on the go could be the gateway to mass adoption!

Renting out your horses

Believe it or not, Hustle doesn’t actually race his horses actively: he’s a busy man, so he delegates! Plus, he’s got 21 Pegas! That’s why he rents them out for others to play with (while he secures a slice of the potential rewards).

Pegaxy’s scholarship system means owners can loan out their assets (Pegas) to players who otherwise might not be able to afford them (in a mutually beneficial arrangement).

The horses always remain your assets, always visible to you in your inventory. Pegaxy has a middleman system that allows the player to be able to use your Pega, but they never actually leave your possession!

As Hustle explained, he tends to secure about 30% of generated rewards. Which begs the question: how much can you actually earn on this platform?

Hustle broke down his recent earnings for us. You might want to sit down.

At this rate, that’s over $20,000 per month! Mind you, he does have a lot of Pegas. So what about potential earnings from a single horse?

Working backwards, each of Hustle’s horses is generating him almost $1,000 dollars a month right now. Incredible.

So while the floor price of $1,500 per Pega might seem high, think of it as an investment: at this rate, each horse will get paid off within a couple of months. From thereon, it’s pretty much free money! And that’s not even taking into account the potential for VIS to appreciate further in price!

Wow. Talk about an enticing prospect!

And best of all, Pegaxy is just warming up. The data coming out of DappRadar is unreal. The momentum behind the game is growing day by day. The market cap is exploding. And thanks to a combination of its in-game economics and phenomenal earning potential for its users, Pegaxy is showing no signs of slowing down either. Just wait for the mobile version!

Price appreciation doesn’t occur in a vacuum, and in the case of play-to-earn games, it’s a combination of well-functioning in-game economies, gameplay, and crucially, user adoption. In each of these areas, Pegaxy is flying. Hustle is mega-bullish on this one, and for good reason. Whether you’re keen to pick up a horse of your own (or become a scholar and race someone else’s), the opportunities here are second to none. Hustle looks forward to meeting you (and beating you?) at the racecourse!