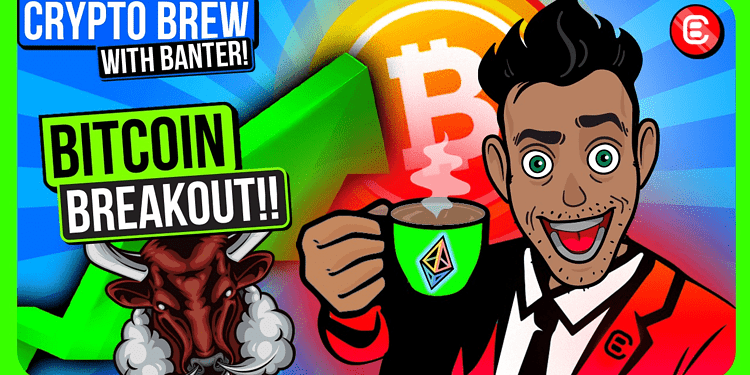 With Bitcoin having smashed through major resistance around $42k, we take a look at some of the indicators signalling that the macro bottom could be in.

And what a weekend it was…

With Bitcoin having smashed through major resistance around $42k, we take a look at some of the indicators signalling that the macro bottom could be in. Even more important, we consider the necessary conditions and indicators we need to keep a close eye on to confirm an official crypto trend reversal.

While Bitcoin does its thing, Ethereum and one particular major Layer-1 are hot on its heels. In fact, it seems like the Ethereum chart could be the one to watch.

All that and much more…

Is the bottom in?

Bitcoin has $42k, and the question on everybody’s mind is: “Is this macro bottom in?”

Well, the one key on-chain indicator (Bitcoin supply held by short-term holders) suggests that it might be.

Bitcoin isn’t the only one in the spotlight. ETH has been on an incredible rally ever since the market-wide sell-off on January 24th, after which, it printed 13 green daily candles in 14 days.

As of the moment of writing, ETH is up a whopping 45% from its lows.

And it’s teasing us with a breakout from a long-term descending resistance. Now, all eyes will be on the following chart to see if a convincing ETH breakout can trigger a bigger move across the altcoins.

With Crypto Twitter undergoing a sudden sentiment reversal, one major Layer-1 is FTM, which continues its steady rise. Fantom just crossed the 1 million mark in daily transactions, and it looks like the DeFi and NFT boom on the chain may be behind this impressive growth.

Things to watch out for

It was all eyes on Bitcoin and the major resistance at $42k. Now that key level has been broken, the next step is to see a daily candle closing above it. Then what?

Jesse Olson has laid out the next hurdles for Bitcoin to overcome:

Another positive sign for the Bitcoin bull-trend came in the form of a green Heikin Ashi candle, the likes of which we haven’t seen since November last year.

It’s unusual to see a three-month downtrend without a single relief bounce. Then again, it’s what we’ve just been through. Is it possible that the inverse is about to occur? Could we be in for an extended pump without any drawdowns along the way? Kevin Svenson thinks it could be on the cards.

Meanwhile in the legacy markets, Goldman Sachs has announced massive net inflows into stocks this week for the first time this year.

Could we be about to see a wider reversal across the equity markets? If so, this could be the first sign of things to come.

Finally, we’re seeing some momentum.In our article on Friday, we discussed the risks of blindly following sentiment, and how the upside potential of being a bull outweighed the potential downside. And we’re seeing this play out right now. We still need Bitcoin to reclaim (and hold) key levels before a reversal can be confirmed. Plus, there’s still Thursday’s CPI data to come. For the time being, the signs are bullish, and we’re waiting for Bitcoin to hit $46k. If you’re looking for an entry, wait for a pull-back. If you already got a great entry at $33k-$36k, hold – you already got a great entry. When the Stochastic RSI is overbought on the daily, you know it’s coming.