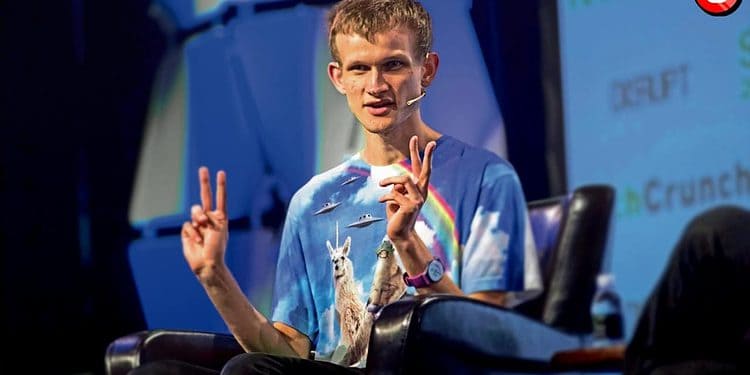 Ethereum 2.0 is the most eagerly anticipated update in the entire space, encompassing a range of upgrades to the blockchain which includes the long-awaiting transition, or merge, to proof-of-stake (PoS).

Ethereum 2.0 is the most eagerly anticipated update in the entire space, encompassing a range of upgrades to the blockchain which includes the long-awaiting transition, or merge, to proof-of-stake (PoS).

Although there is no fixed, official date in the diary, it seems like the day is drawing nearer. The recent “merge” on the Kiln testnet went without a hitch, marking a key step forward in a multi-year process that, finally, could be drawing to an end.

This begs the question: Will the arrival of ETH 2.0 be the kind of bull-run catalyst the market is waiting for?

Moving the entire Ethereum network from a proof of work (PoW) to a proof-of-stake (PoS) consensus method is far from easy. Vitalik Buterin and the Ethereum core developer community have been working tirelessly to lay the foundations for the move, implementing a range of incremental upgrades, like the establishment of the Beacon Chain (back in 2020), and the London hard fork, or EIP-1559 (Ethereum Improvement Proposal), in October 2021.

It’s worth understanding that ETH 2.0 is a multi-phased process, and not simply a case of flicking the switch.

Here are the phases of the transition:

The Beacon Chain launched on December 1, 2020 to help with the eventual transition from PoW to PoS.

This phase will mark the merging of the Beacon Chain (established in Phase 0) with the current Ethereum network, officially making Ethereum proof-of-stake.

The Kiln merge already proved successful on the testnet.

The final phase will improve Ethereum’s scalability and capacity with the implementation of sharding.

Sharding will allow the network of nodes to work in clusters, meaning that not every node needs to validate every transaction.

The burning mechanism at the heart of EIP-1559 was a first step towards ETH becoming a truly deflationary asset.

These two upgrades combined are a game changer: Holding an appreciating asset is every investor’s dream.

For institutional players, there’s another huge draw to Ethereum 2.0.

Energy-intensive PoW has been a barrier to access for institutions subject to sustainability pledges.

The merge to PoS will change the landscape completely by ushering in an (approximately) 99.9% reduction in the energy consumed by the network.

TESLA holds bitcoin, but it’s worth noting that the company suspended accepting BTC payments due to concerns over the sustainability of the network, pledging to resume only once at least 50% of global mining was using renewable energy.

Clearly, environmental, social, and governance (ESG) pressures will have prevented large institutional buyers from purchasing bitcoin and ether too.

Even more exciting a prospect is the 2-3x increase in the yield which investors can earn by staking their ETH.

There is currently around 10.5 million ETH staked on the Beacon Chain (9% of the total circulating ETH), where investors are able to earn roughly 5% annual percentage yield (APY).

However, they are, at present, unable to unstake their tokens; in return, receiving a yield associated with a tradable token instead.

ETH 2.0 will increase the yield available to these stakers to somewhere between 10-15%, which will likely keep them incentivized to continue securing the network, earning impressive yield on a now deflationary asset.

It almost sounds too good to be true.

The Merge itself will now actually lower transaction fees on the network. And although EIP-4844 will help to bring down costs, Layer-2 scaling solutions will continue to play a key role in lightening the load on the Ethereum network.

We’ve talked about the ”energy” problem. But with that consigned to the history books, will institutions begin exploring ETH more seriously?

In its present form, institutions may be reluctant to re-allocate investments to a risk-on asset like ETH for a simple 5% APY.

After all, it would be far simpler for them to earn 6% APY on BTC via a platform like NEXO.

However, this could change.

Holding the biggest (by marketcap) clean, deflationary crypto asset, while also earning 15% APY, would be seen by some as nothing short of a no-brainer.

For the institutional investor, ETH 2.0 will utterly transform the risk profile of investing in the network.

In order for the Bitcoin network to achieve the same reduction in BTC issuance as ETH 2.0 will mean for ETH, it would need to go through three halving cycles.

Further, history has shown us that each new Bitcoin halving cycle has been a catalyst for a new bull run.

Could this “triple halving” have the same (or threefold) effect?

Hazards on the horizon

Moving an entire blockchain to a new consensus mechanism is a huge technological feat.

If it goes wrong, it could be a disaster.

And there’s a good chance a large number of investors are holding back from investing until the merge is complete.

This is by no means limited to investors either: Protocols, dApps ‘decentralized applications) and devs (developers) may be waiting to see how it all pans out before committing to building on the network.

Should it prove a success, we could see a huge inflow of development on the chain. And just as we’ve seen an explosion in Layer-2 solutions in the past 12 months, there’s no reason to think their importance will be undermined by the merge. Quite the opposite: Ethereum will depend on Layer-2s to run the network, and lower fees may actually spur on a further increase in their use.

Ethereum 2.0 may just be the ultimate cocktail: A combination of green credentials, high-yield and deflationary tokenomics (ultrasound money, anyone?) could prove a massive catalyst for institutional adoption.

Some believe the merge has already been priced in to ETH’s valuation, whilst others remain skeptical. One thing is for sure though: The merge has a lot of people extremely excited. Even Miles Deutscher (who’s pretty committed to some alternative Layer-1s!) can’t contain his excitement!

We hate to tempt fate, but a major breakout against bitcoin could mean some kind of incoming alt season may not be as far-fetched as it seems.