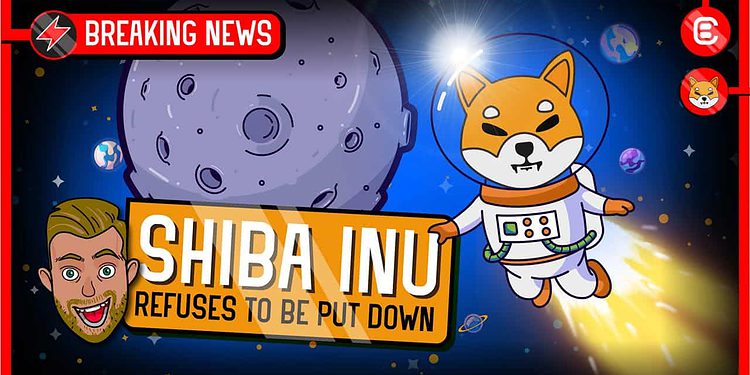 Will $SHIB stay top dog or be put down?

Love it or hate it, plucky underdog meme coin Shiba Inu refuses to put down. Here’s what might be next and why.

SHIB gains 100% in a week, flips DOGE in process

Will SHIB be put down after RH listing?

The little dog that could Shiba Inu is currently (2 November)  on the 9th spot on CoinMarketCap’s list of biggest coins, with a market cap of $38 BILLION. More bizarrely, it’s ahead of former top dog, Dogecoin,the coin it copied, who’s in number 10 position with a mere $36B.

As of October 27th, Shiba Inu (SHIB) has made month-to-date (MTD) gains of 726%, while Dogecoin (DOGE) has only had an MTD gain of 8%. This came despite Elon Musk claiming he owns no SHIB tokens.

Although Doge has held a market cap of around $31 Billion, it has not seen its all-time of 68 cents since early May, hovering around 25 cents since retail interest has died down.

SHIB meanwhile has been the most successful Doge clone to date, pulling  large amounts of support from the community, including 330,000 community members on Reddit and 1.4 million followers on the verified SHIB Twitter account. Incredibly, it made one early investor, who put in only $8700, over $5.7 Billion in just under a year!

In the last seven days alone unique addresses have also increased by over 30,000, but community hype, including many FOMOing retail investors aren’t aware that whales own a HUGE majority of SHIB tokens. The top 10 holders alone sit on a hair over 72% of all available tokens. (For comparison, even the top 100 Doge holders have only 62% of Doge coins.)

Even with the monstrous gains, this month’s whale holdings of SHIB have hardly moved, meaning either they are waiting for more nooby investors to FOMO in before exiting, or there will be a slow bleed until retail interest wains, followed by a steep drop with no buyers in sight.

It’s possible that the likely Robinhood listing will rally bulls into taking on more tokens in hopes that Robinhood rando’s will FOMO in after a small spike. It’s much more likely that whales will sell the news with a smile, knowing that new investors have never seen a falling knife in their life. It’s not hard to see the writing on the wall.

Crypto Banter fundamentals guru Ran Neuner has been shorting SHIB for an unknown amount and commented on the petition when observing the charts during a 27 October live stream on Crypto Banter.

That number is now 450,000 signatures and even made NewsWeek. While it may seem like Ran is only early to the party, he is aware, and likely counting on the Robinhood listing leading to a selloff by the whales.

$SHIB offers significant technological advances over outdated joke coin Doge. However it’s important to keep in mind that it’s still a memecoin (with nearly no utility) that new crypto folks have bought up mainly because it seems cute and is cheap to buy. In the event of a market sell-off, inflated memecoins like Shiba Inu will likely drop even faster.

New innovations like non-fungible tokens, DeFi and projects like the Falcon9 launchpad could help to keep investors’ attention for a while longer. However, these new retail investors will likely have weak hands, and dump what they can during a market panic, just like earlier in 2021.

So if you’re gonna memecoin, memecoin safely: take profits, and set those stop-losses to avoid some inevitable dog days.