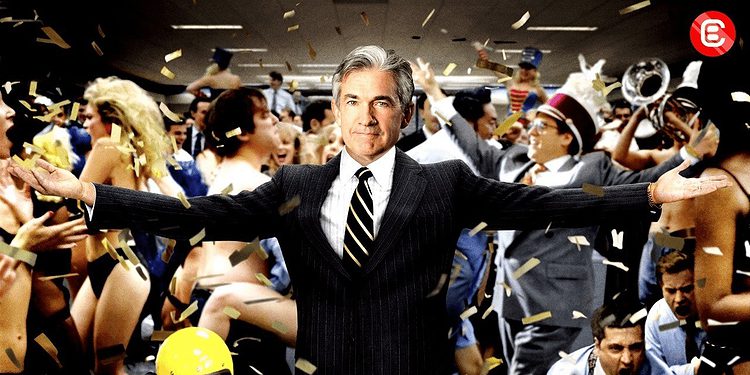 Crypto markets are showing strength. But it could all come crashing down if this happens…

Yesterday’s Federal Open Market Committee (FOMC) meeting was the moment markets had been waiting for.

The Fed has spoken.

Yesterday’s Federal Open Market Committee (FOMC) meeting was the moment markets had been waiting for.

Overall, it confirmed what investors had come to expect: A rate hike of 25 basis points (bps), with the rhetoric suggesting (for now, at least), that further incremental hikes will be introduced across the year.

The markets barely blinked. In fact, after a momentary hiccup, they rallied.

Is risk on, back on?

What went down in Washington?

Here are the cliff notes:

The FOMC wants more hikes, and plenty of them – most likely at a “rate” of 25 bps a pop.

According to “forward guidance” coming courtesy of Jerome Powell, Federal Reserve (Fed) officials, on average, expect 7 hikes in 2022, reaching as high as 1.9% by year-end, with further hikes projected until 2024 which could (“could” being the operational word here) bring the rate to 2.8%.

Powell framed all this by suggesting the US economy was strong enough to handle the hit, leaving the door open to a potential change of tune further down the line.

And then, there’s the balance sheet problem, which at present looks more like a meme coin than responsible governance.

Powell was unable to give much clarity and remained careful not to show the Fed’s hand, keeping consistently vague and non-committal as to the potential timeline for balance sheet reduction.

Effectively, this was a calculated showing from the FOMC: A combination of relatively dovish implementations (25 bps), and somewhat hawkish language thereafter. The Fed continues a policy of being clear in its intentions, but foggy in terms of exactly how and when it intends to carry them out.

How the markets responded

As Powell prepared to speak, the S&P 500 did this:

However, the dump soon faded, and as zerohedge pointed out, Powell took the opportunity to “work against the market’s knee-jerk reaction to the statement” with more dovish statements.

Teldalksmacro made a similar observation, remarking that after some initial selling, ‘“Powell reassured the market by playing good cop… risk sentiment buoyed by lack of aggression in Powell’s tone”.

He believes there is a “good chance that risk-ON is now the theme”.

What the charts are telling us?

And the total crypto marketcap behaved almost identically to the above.

Interestingly, gold, which only recently reached an all-time high in the context of high inflation and a potentially spiraling global conflict, came down to test support but hasn’t yet seen much of a rebound.

As a measure of investor sentiment, gold’s relative inactivity could indicate that risk-assets, having priced in the worst-case scenario, could be due some short-term relief.

Legendary investor Jeffrey Gundlach was attributed with saying that he’d “rather take bitcoin over gold until the next Fed meeting”.

In terms of the next meeting, data suggests that the now-anticipated seven rate hikes across the year have been fully priced in by traders, meaning that any deviation from the Fed’s loosely written script would likely be met with an emphatic response by markets, in either direction.

Today at least, there could be some suggestion that even foreign exchange markets (FX) are showing signs of a “risk-on” mentality switch.

How the global outlook shapes everything

Yesterday began with positive signs emerging for Chinese and Hong Kong markets, which had been spooked by soaring coronavirus cases, strict lockdown in China and ongoing debt crises.

China’s government came out with a pledge to stimulate the ailing markets, which responded accordingly:

Analyst Alex Kruger speculated that a combination of bullish news arriving for Chinese investors and swift market recovery post-FOMC could begin the start of a new, risk-on period.

However, the catalyst which could theoretically tip the balance back towards a risk-on environment is the ongoing conflict between Russia and Ukraine. Until markets have some clarity there, it could remain a case of cautious optimism at best.

On the ground, it appears the war is escalating, but at the table, there are some glimmers of hope that some kind of truce, ceasefire, or peace deal could be struck.

It is by no means guaranteed, but the fact that it is now an acknowledged possibility on both sides will have relieved markets… to a degree. Uncertainty remains high. And commodities prices remain an indication.

Oil is back in the 100-dollar region but the price has come down from the recent highs of around US$125 per barrel.

He points out that we have “ETH outperforming BTC on the day”, and “risk slightly lower in TradFi after a strong showing yesterday”

As he suggests, “when these assets start to curve upward, the market can be said to be risk-ON”.

Until then, who better to take at face value than none other than Jerome Powell himself.

Is the implication that we might see some positive price action across markets in spite of incoming rate hikes?

Today, the market seems to be “pricing in around a 37% chance of BTC being above $44k by April”, according to canteringclark, on-chain data suggests BTC outflows continue at a staggering rate, and the illiquid supply ratio suggests high-conviction, and that long-term holders are absorbing supply, possibly setting the stage for a potential supply shock ahead.

However, the reality is, no matter how much-muddled certainty we have from the US Federal Reserve, and no matter how much money the Chinese government is willing to print to sustain their markets, investors will continue awaiting clarity from the Russia/Ukraine conflict before a major trend shift can take place.

The market has gotten what it wanted from Jerome Powell and the Fed: Perhaps not everything, but it never does. For now, at least, a rate hike of 25 basis points is sufficient enough to sustain markets, while global events keep them cooled. Further rate hikes are priced in, and so is quantitative tightening (to a lesser extent). It may be too soon to say risk-on is well and truly back on, but we can say with some certainty that the past 24 hours have seen investor sentiment shift further from risk-off – the balance may be tipping. Bitcoin dominance languishes around 43%. ETH is outperforming BTC on the day. And some positive altcoin price action seems like it could be round the corner.