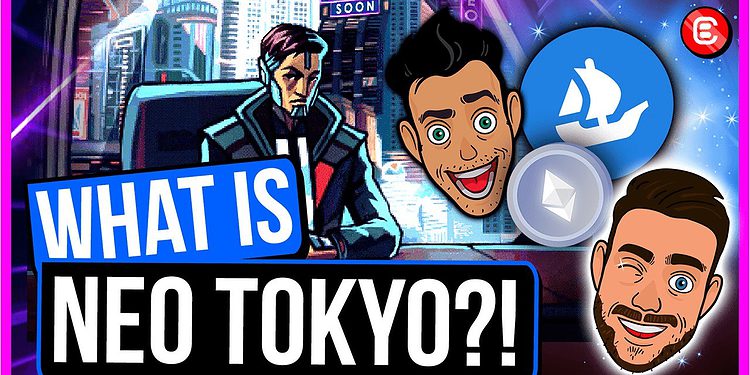 You’re punching yourself for not getting early into the Illuminati of NFT gaming!

Getting denied entry to a social club only leaves us wanting more! It's a classic example of how secrecy contributes to user interest. Neo Tokyo, the self-contained NFT gaming project, has everyone assuming what's happening within the Citadel. They're delivering on multiple fronts, and that's only adding fuel to the fire of speculation!

Getting denied entry to a social club only leaves us wanting more! It’s a classic example of how secrecy contributes to user interest. Neo Tokyo, the self-contained NFT gaming project, has everyone assuming what’s happening within the Citadel. They’re delivering on multiple fronts, and that’s only adding fuel to the fire of speculation!

NFTs exist through their communities, and Neo Tokyo (NT) might have found the organic development blueprint. Why? Because a similar sense of scarcity is what made Yeezy famous. We’re seeing something similar unfolding in NT as it turns into the Soho House of the NFT gaming space.

What was so impressive about the launch was the fact that Neo Tokyo Identities NFTs were free to mint as long as users solved riddles. And it attracted already passionate NFT, and gaming builders to the space. It was always about the community. And if that didn’t whet your appetite, what about the $30,000 returns?

What is Neo Tokyo?

If you watched Fight Club, you already know that “You don’t talk about Fight Club”. Neo Tokyo’s founders ran with the same idea! So how did it become such a hot talking point if….nobody was talking about it? Because what’s outside our reach becomes more desirable!

Neo Tokyo was first released in October 2021, and to keep the excitement high and interest even higher, entry was hard to come by. Finally, Alex Becker and Elliotrades, the founders of the projects, provided clues in the form of riddles, and winners would get whitelisted and eventually gain access to the closed Discord.

The Discord is now partly open, and only Neo Tokyo NFTs holders that verify themselves and – prove they indeed hold NFTs – get complete access! It sounds to us that NFTs are the entry ticket to an exclusive club of builders! What happens behind the curtains is still a mystery, but we’ve got some insights!

Why, where, when is exactly what we’re trying to figure out!

The perks of being a citizen!

The way Ellio and Alex Becker frame it: Neo Tokyo is the Illuminati of the metaverse mixed with the creative incentives of the Soho House that’s driven by a community network effect. It’s nothing compared to BAYC, because the scope of the former is to showcase cultural status. Instead, Neo Tokyo’s passive income (generated by staking bytes) creates a more futuristic vision of a community that is solely business driven. And the opportunities are immense: as NFT prices increase, more key figures from every corner of the gaming sphere are joining the party.

However, the true perk is participating in a closed community that includes the likes of Faze Clan’s CEO, Banks, and Animoca Brands’ Yat Siu or Syn City’s CEO. It’s like a ticket to an NFT conference where communities are incentivized to work together and build. Unfortunately, apart from community members, nobody benefits from the Neo Tokyo project because the entry barrier is way too high at 30 ETH – and there’s Neo Tokyo’s value proposition in a nutshell!

Neo Tokyo is built like conventional NFT/Metaverse/GameFi, but it has the exclusivity element. So the question is: is it worth as much as 30 ETH to possibly talk with Banks and even join one of his projects. Probably not if you’re not involved in building the future of gaming, but those who’ve entered the game early and supported the project get all the rewards without paying the price!

The game is multidisciplinary, but only Citizens get complete access to the NeoCity universe off-chain and on-chain. Citizens can interact with the environment by creating guilds and participating in games – but that’s all we know for now! However, Land and Identities can be minted using bytes, the native game currency, which Citizens earn through staking.

Gaming in and off the grid!

Guilds can participate in contests (thus far) outside the Neo Tokyo metaverse – but you still need to be a Neo Tokyo Citizen. The game developers have partnered with Twitch and other brands like GFuel and Animoca Brands, creating Twitch-streamed tournaments that involve off-chain games such as Crab Games or PUBG. As always, sign-ups are done through Discord. And guess what? Those links expire even for those who own Identities or Outer Identities (talk about exclusive access!)

Our very own Hustle is part of The Warriors guild and will participate in the million-dollar tournament. Guilds are formed by gamers, game production company founders, and NFT traders. It’s an entire consortium of people, and we might see a Guild becoming the central part of the Neo Tokyo metaverse and leading to a new format of NFT esports – just imagine it. Of course, an NFT will be your buy-in.

Neo Tokyo is the highest utility-driven NFT project to hit the decentralized gaming market – and not only that, but the comparison to Soho House is apt, because Neo Tokyo has the best network you can get involved within the entire metaverse space, and everyone involved is focused on building!