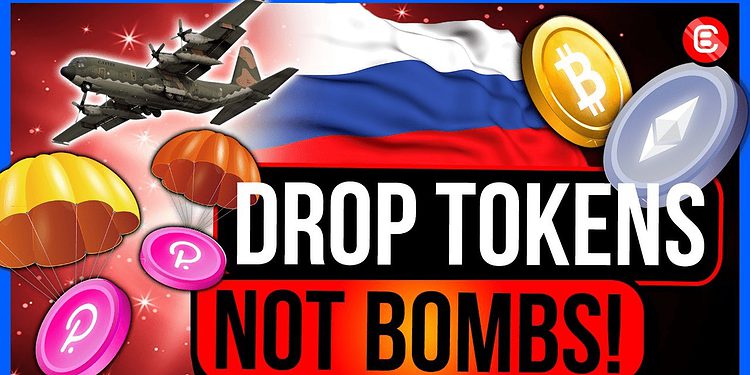 Zelensky’s Ukraine is brilliantly utilizing crypto in its resistance efforts

On hearing of the Ukrainian government’s official airdrop, one would be forgiven for assuming it referred to literal airdrops of aid to affected civilians. In this case, however, it’s something else: a crypto airdrop!

On hearing of the Ukrainian government’s official airdrop, one would be forgiven for assuming it referred to literal airdrops of aid to affected civilians.

In this case, however, it’s something else: a crypto airdrop!

The Ukrainian government clearly knows that one of the best ways to encourage people to donate in crypto is by offering them airdrop rewards.

Someone high up has to be a degen!

Since Russia’s invasion of Ukraine, crypto communities have come together and collectively donated in excess of $25 million (so far!) to help fund military resistance and humanitarian aid.

There have been thousands of unique transactions sent to official wallet addresses (ETH, BTC, and briefly, DOT) provided by the Ukrainian government.

Now, and presumably in an effort to encourage further donations, an official Ukrainian token airdrop has been confirmed from the nation’s Twitter page.

All wallets that donated to the cause will be eligible.

There’s very little information regarding what token will be airdropped. Perhaps it will be an NFT?

What we do know, however, is that the announcement had its intended effect: since news of the airdrop went out, there’s been a spike in donations to the Ukraine government’s official wallets, with approximately $8 million donated since the announcement was made.

At the time of writing, many small 0.001 ETH (approx. $5) donations are pending, and it looks like the inflow won’t stop anytime soon. Everyone is helping.

It is worth noting that airdrops can come with certain minimum requirements: for example, a threshold amount of crypto transacted, or a number of transactions made. Currently, however, no details have been given regarding any minimum criteria for eligibility.

Based on the facts and data that we do have, we can only assume no such minimum requirements are in place.

In all likelihood, every wallet that has donated will be included.

The critics have been fast to point out that this looks like a marketing campaign to attract donations. And it looks like it’s working.

Be careful though: this is a scammers’ paradise. You might think nobody would stoop so low, but they will. And they actually are. If you are one of the people who have donated, stay vigilant. If you see tokens in your wallet that you do not recognize, do not jump to the assumption that they are the Ukrainian airdrop tokens. Be sure to check the official Ukraine Twitter account to confirm!