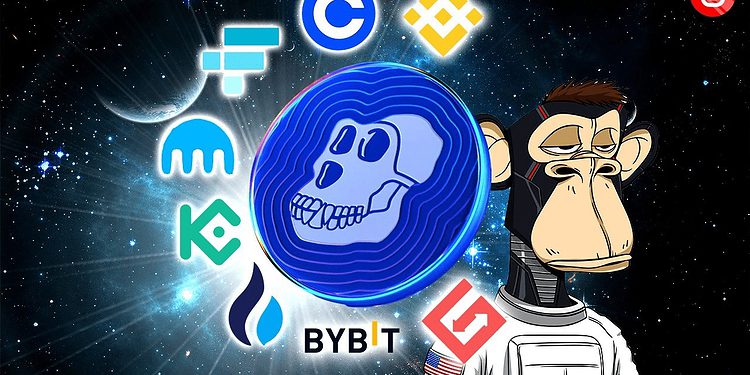 Everybody’s talking about it. Here’s why…

It’s been a long time since a new token has generated as much instant hype as ApeCoin; a crypto-asset created by none other than Bored Ape Yacht Club (BAYC) makers, YuGa Labs.

It’s been a long time since a new token has generated as much instant hype as ApeCoin; a crypto-asset created by none other than Bored Ape Yacht Club (BAYC) makers, YuGa Labs.

Binance, FTX and KuCoin are among some of the exchanges that have just announced the imminent listing of the coin. And FOMO (fear of missing out) is now kicking in!

So, what’s all the fuss about?

It’s no small feat, but ApeCoin’s founders hope the token can empower decentralized communities across the web3 space. Should they pull this off, ApeCoin really could be the next big thing.

Let’s take a look at what ApeCoin is, examining the bullish and bearish scenarios, and find out whether we’re ready to ape in ourselves.

Blockchain and web3’s transformational cultural impact is only just beginning.

Nobody can predict what the future holds.

However, ApeCoin is a positive step towards building that future, with a token that any developer can integrate into their own project.

Put simply, it’s an ERC-20 governance and utility token for use within the APE ecosystem.

Its main purpose, however, is to power decentralized communities building on web3.

Along with ApeCoin comes the ApeCoin Decentralized Autonomous Organization (DAO), formed to keep the ApeCoin ecosystem fair, inclusive, open, and above all, decentralized.

What does ApeCoin actually do?

The token’s main uses are as follows:

The total supply of ApeCoin is fixed at 1 billion tokens, and there is no minting (nor burning) functionality within the Ethereum-based smart contract.

The tokens will be distributed among:

Allocation will be as follows:

Owners of Bored Ape Yacht Club, Mutant Ape Yacht Club and Bored Ape Kennel Club  non-fungible tokens (BAYC, MAYC, BAKC respectively) will have 90 days to claim their tokens. Any unclaimed tokens will be transferred to the ApeCoin Ecosystem Fund, which is held on Coinbase.

DAOs sit at the heart of decentralized community (and decentralized governance). They create a model in which any holders of the token can have a say in the DAO’s decisions, and hence, its future.

The DAO board currently consists of six community members, but they are not permanent board members. In the spirit of true decentralization, members will rotate every six months, with new appointees coming via DAO governance voting.

The board’s role is to oversee the decisions made by the community and bring them to fruition. The DAO is locked by multisig keys, and each member has their own key.

The current board roster is made up of five all-stars from the community, who were appointed by consulting other members with strong operational experience.

How’s that for a dream team?!

What does this mean for the NFT and metaverse spaces as a whole?

Time for some speculation, because there are pretty much two different paths ApeCoin could take.

One is bullish, the other… not so much.

Let’s examine both, and see how they could play out.

Done right, ApeCoin could be a game-changer for online communities, and a building block for web2 social platforms that want to move to web3. However, don’t rush into the jungle too soon: Grab your binoculars and observe, and always do your own research (DYOR).