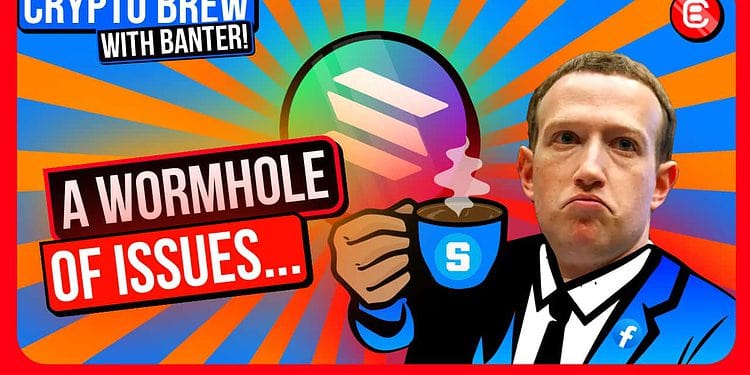 It’s the second biggest hack in DeFi history. What’s next?

As the industry recovers from the Wonderland/Sifu saga, another monstrous hack rocks the two biggest chains in crypto, the reverberations of which are echoing throughout the space...

As the industry recovers from the Wonderland/Sifu saga, another monstrous hack rocks two of the biggest chains in crypto, the reverberations of which are echoing throughout the space…

Meanwhile, stablecoins continue to make inroads in global adoption. Plus, there is a surprise entrant in the list of Layer-1s with the most protocol revenue (good luck guessing which).

Wormhole Portal, a bridging platform that helps users transfer cryptocurrency between the Solana and Ethereum blockchains, was exploited recently, resulting in a loss of around $325 million worth of tokens.

This could be the second biggest exploit in DeFi, even after the $600 million Poly Network Crypto Heist, and it is the largest attack on Solana by a huge margin.

As experts and analysts continue to express that this is an application hack and not a direct hack on the Solana blockchain, it seems like Solana just can’t catch a break.

For the optimists and Solana believers out there, this one’s for you.

As the crypto market moves sideways, stablecoin adoption continues, with more and more companies (and nations) exploring the uses and advantages of these pegged cryptocurrencies.

The latest country to do so is Turkey, where more than half the trades against the Lira in December involved Tether. This could be a huge story, and we’ll be paying close attention to how it unravels. Is Turkey yet another country whose anti-crypto stance is slowly shifting?

Protocol revenue is the share of fees that goes to the protocol’s treasury or directly to its token holders.

Tushar Jain, co-founder and managing partner of Multicoin Capital, commented on how impressive it was for Helium to get ahead of popular blockchains like Solana and Fantom in this regard. For an in-depth study of Helium, refer to this previous article…

Tezos is having a moment

As the bad news continues to blight Solana, there’s good news coming from another major blockchain. It isn’t one we talk about a lot, but Tezos has strong fundamentals, and it continues to make headway in global adoption as the contract calls for Tezos hit a new monthly all-time high…

This comes after Facebook (now Meta) changed the company name to Meta and pivoted its entire strategy towards the metaverse.

Meta spent $10 billion in 2021 on its metaverse, ultimately dragging its profits down by 8%. This struggle was perfectly summed up by the co-founder of 3 Arrows Capital, Zhu Su.

Meta’s future role in the metaverse is a story with far-reaching implications. We’ll be following up on this with a full-blown article later today!

The markets are bloody, and Solana is having to endure another wave of FUD. In the midst of all this, however, certain Layer-1’s are are seeing an explosion amidst the market-wide dump, just going to show that the bees may be circling in. Narratives change fast in this space. Just as Meta was hoping to dominate the metaverse narrative, its recent earnings report suggests it could be in for a bit of a struggle. Web3 might just be a step too far for these centralized behemoths!